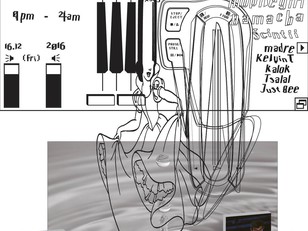 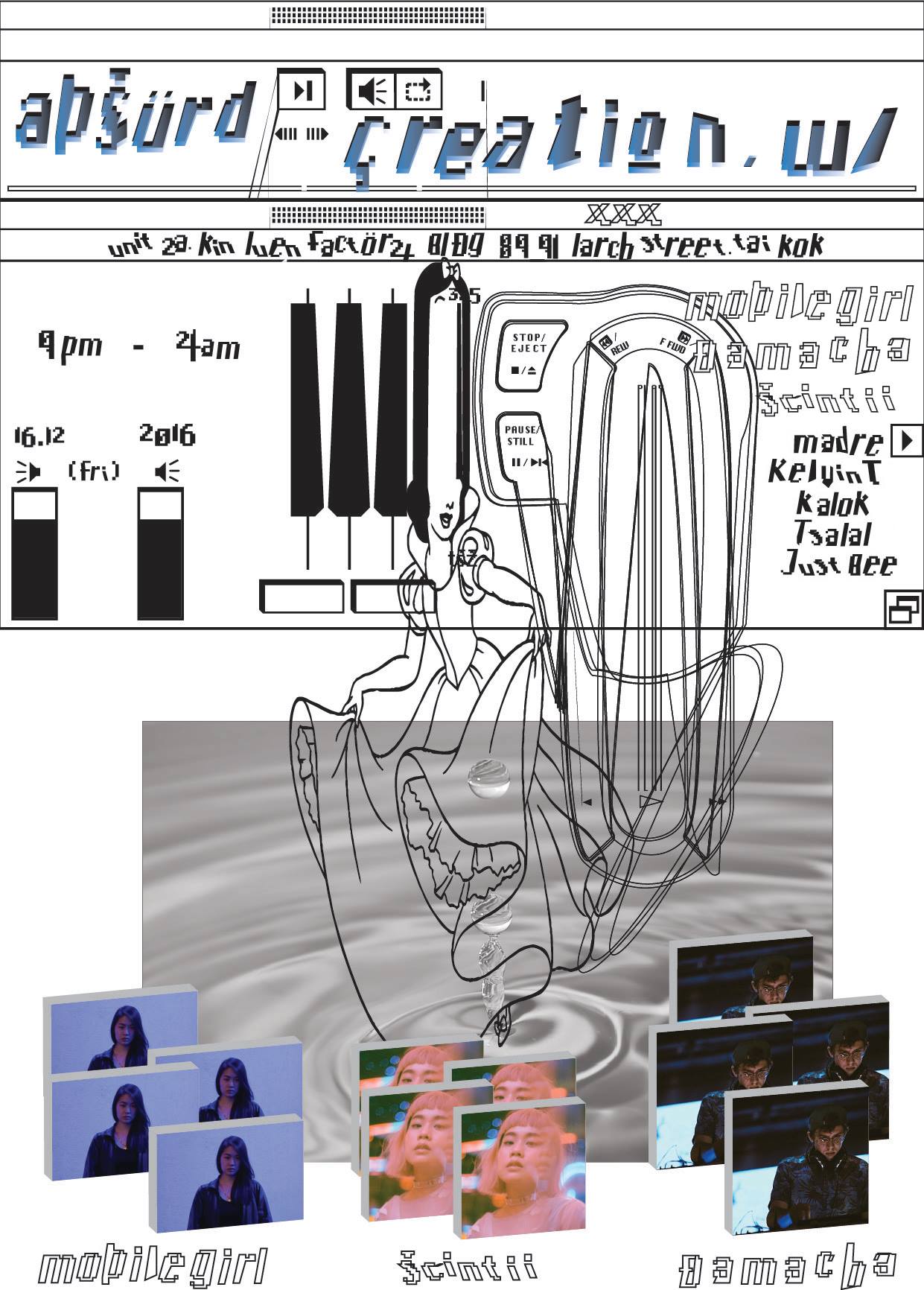 mobilegirl
A member of label/collective Staycore’s Berlin contingent, Munich-born Bao-Tran Tran has just begun to explore the expanses of contemporary music creation, making efforts to blur the lines between club-ready material and introspective melodic work in a fashion that a less-than naïve artist could easily ignore. Without an official release to her name yet, Mobilegirl has flexed on a number of classic R&B vocals, reworking the likes of TLC, Brandy and J-Lo into floor-focused jams with intricate rhythm works.

SCINTII
Taiwanese native, lived in London UK from 2009 to 2016. During her stay, she studied popular music and studio composition, as well as worked for Young Turks and Beggars Group. Influenced by Grime and UK electronic music scene that is currently happening, as well as having a love for current K-pop, and 90s pop gems from the West and East-Asia. Her tracks received recognition from Fade to Mind head / Kelela producer Prince William and Asmara. As well as guest mixes for Organ Tapes + Ausschuss on Radar Radio, and Akito NTS Radio show. Debut EP will be released this winter.

Damacha
Damacha, aka Johnny Roberts, is one of China's most renowned beatsmiths. Through his work with MC's like Chester Watson in the U.S. and Chinese artists such as Young Peach, Wootacc and MadProle, he has established himself as a go-to producer for beats ith a slinky, lazy, yet earnest and nostalgic edge. Growing up in rural Wisconsin, his early collaborations included work with Psymun, ember of The St4ndard, a group that includes Allan Kingdom and Corbin (aka Spooky Black). On moving to China, releases with labels Groove Bunny and SVBKVLT introduced his music to an international audience.

Seminal records such as "Excellent Tea" cemented his place in contemporary Chinese music, fusing a blown-out-speaker hip-hop sound with the ambience of a late night Beijing tea house where baijiu, broken records and bass all rub up close to one another. "Tuhaojin" showed a change in direction for the ever-prolific producer, with Damacha bringing together the sounds of Chinese "high" music and footwork. The result feeling like a club-crawl through Chicago's south side soundtracked by Jay Chou. More recently, collaborations with Meuko Meuko on Damacha's "3E3240" have seen a progression into a sound that feels more at home amongst the plethora of millennial bass movements such as vaporwave and bubblegum bass.