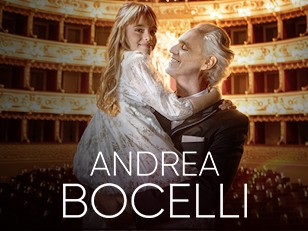 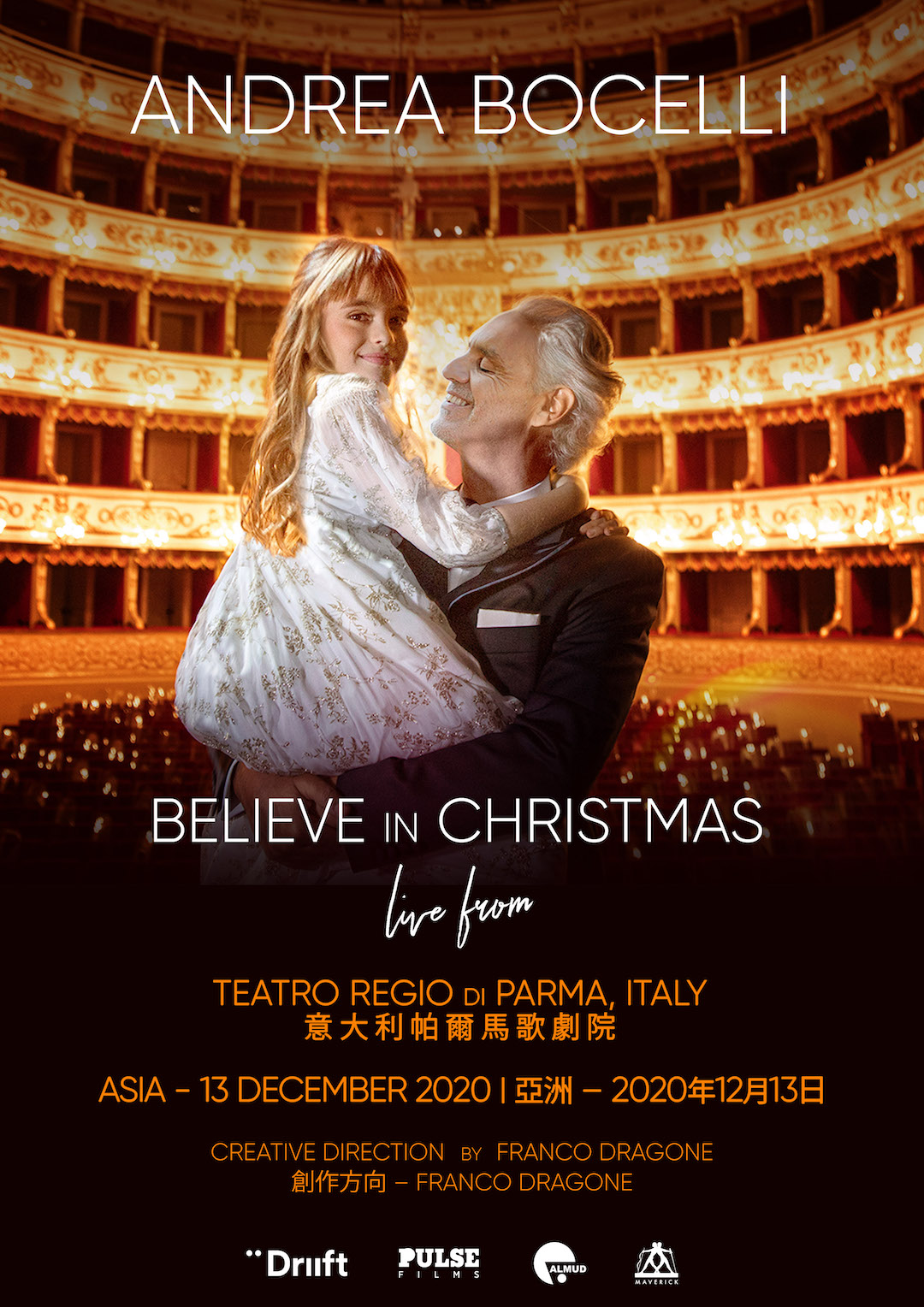 Tickets for world-renowned artist Andrea Bocelli’s exclusive global livestream event, ‘Believe in Christmas’ are on-sale starting today.  After smashing live stream records with an historic Easter performance at Milan’s Duomo, Bocelli returns this holiday season with a new album Believe (Sugar/Decca Records) and a spectacular live event from the stunning Teatro Regio di Parma opera house in Italy on December 13 (Asia).  Tickets for ‘Believe in Christmas’ can be purchased at Ticketflap starting today and will be available to stream for fans globally. Watch the trailer HERE.

Filmed in the round, this one-off, multi-camera event featuring Andrea, musicians and special guests, will be streamed to fans around the world, time-zoned to specific regions (see times below).  Bocelli is teaming up with creative director Franco Dragone (best known for his ground-breaking work with Cirque Du Soleil) for a magical performance to usher in the festive season.

Bocelli’s “Believe in Christmas” is being promoted and produced by Driift, the pioneering UK-based business behind acclaimed online ticketed events for Nick Cave, Niall Horan, Laura Marling, Dermot Kennedy, Biffy Clyro and James Bay. The show will not be available on-demand after it has taken place, and with no audience in attendance, the only way to watch it will be to purchase tickets to the livestream broadcast.

In a moment that made the world stand still, Bocelli broke multiple records with an emotionally-charged solo performance streamed live from the Duomo in Milan.  Bocelli’s record-breaking ‘Music for Hope’ performance at Easter from the historic Duomo cathedral in Milan which was watched live by millions around the globe. As one of the biggest musical livestream performances of all-time and with over 3 million peak concurrent viewers, it achieved the largest simultaneous audience for a classical livestream in YouTube history. The video received more than 28 million views from across the globe in its first 24 hours.

Bocelli returns this December with an inspiring concert event aimed to deliver an uplifting message of love, healing and hope during a time when the world needs it most.