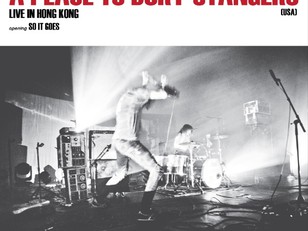 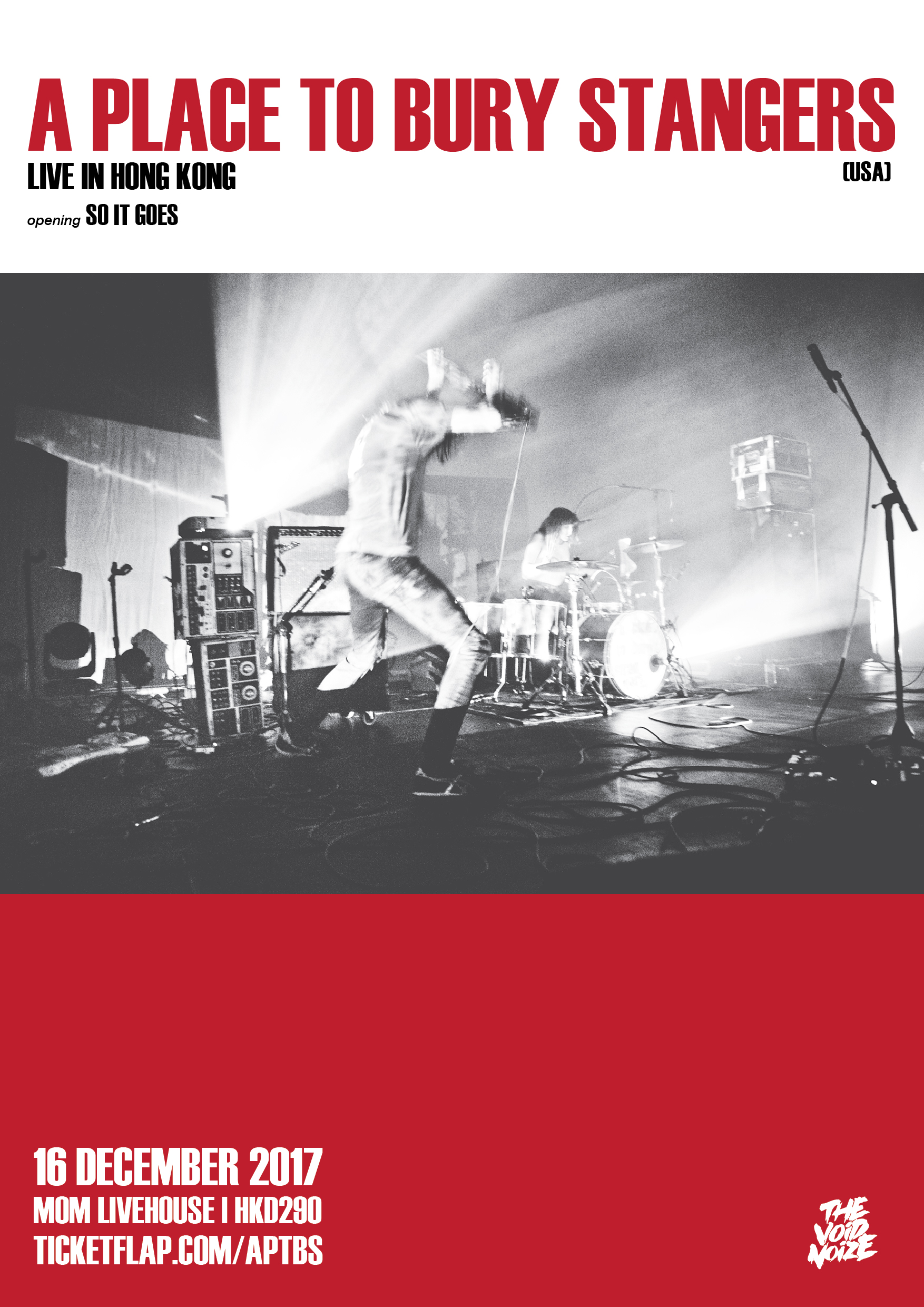 "That's the most intense fear and feeling--when you go to a show and you're actually scared," says Oliver Ackermann, guitarist and frontman of Brooklyn trio A Place To Bury Strangers.

"Or you can palpably feel the danger in the music," adds bassit Dion Lunadon, "Like it's going to fall apart at any moment and the players doing it are so in the moment they don't give a shit about anything else. They're just going for it. It's a gutter kinda vibe; everything about it is icky and evil and dangerous."

The band are currently working on their 5th album with an eye toward a fall release. Rather than fixate on the minute recording details like they may have done in the past, the group, rounded out by drummer Lia Simone are trusting their instincts and trying to keep things as pure as possible. Music is much more exhilarating when it's unpredictable even on repeat plays. Simone makes her recording debut with the band here, and it's obvious that she’s helped pushed the band's recordings closer to the level of their infamous live shows.

Bio
A Place to Bury Strangers were formed in 2002 by David Goffan and Tim Gregorio. Current frontman and guitarist Ackermann had moved to New York following the disbanding of his previous group, Skywave, to join APTBS, and become the primary songwriter after the departure of Goffan. They played their first show at Luxx in Brooklyn in 2003. Jason "Jay Space" Weilmeister and Jonathan "Jono Mofo" Smith, both from the New York City-based band Mofo, joined the band when Gregorio left. In 2006, APTBS self-released three different EPs, handmade with different color schemes: Breathe, Missing You and Never Going Down.

In 2006, APTBS gained acclaim following their Webster Hall performance with the Brian Jonestown Massacre. The band returned to Webster Hall in 2007 to play with one of their major influences, the Jesus and Mary Chain. Throughout these formative years, the band's live shows became increasingly chaotic, which earned them the title of New York City's "loudest band" from various indie reviewers and bloggers,[2][3] as well as "the most ear-shatteringly loud garage/shoegaze band you'll ever hear" by The Washington Post.[4] The New York Times applauded their revival of "the ominous, feedback-drenched drones of the 1980s"

Opening Act: So It Goes - (HK)
So It Goes is a 3-piece girl band based in Hong Kong with Emily on vocals and guitar, Emily on bass and Emily on drums. Besides from having the same first name, the 3 Emilies have another thing in common: they are pessimistic opti- mists. In Slaughterhouse-Five, the phrase “so it goes” follows every occurrence of death no matter the circumstance. Of course, to look back is human, and humanity, including its darkness, weakness and ugliness, is both fascinating and endur- ing, but when one is encumbered by the inevitable and tragic vicissitudes of life, there is no choice but to keep going. So It Goes has gone through an unexpected eviction from their band room (which led to a court hearing), theft of their hi-hat stand, a few bad live performances, some harsh criticisms, countless equipment malfunctions, and even the sudden departure of one of the founder members...but the love for music is so strong and so tied to their very existence that the band is simply incapable of giving up. Emilies don’t fight, but survive and hope to give people that same strength to go on until that one lit- tle special moment makes everything come to life. After all, “for whatever we lose, it is always ourselves we find in the sea.”

Influenced by Mogwai, The XX, Warpaint and Radiohead, the music of So It Goes can be described as alternative rock with a dark psychedelic/garage twist. In their songs, So It Goes often explores the insignificance of human existence, the feeling of power- lessness in a mundane society and the idea that everyone is at the mercy of time and change. The band may not have a very concrete direction yet but their music is made for the sensitive humans who feel like bugsinamber. There is always one in loneliness. If the band can touch one person through their music and let that person know there are other bugs in amber, then Emilies would be truly happy.

(Upon purchase of tickets, you will enjoy a VOID NOIZE Club membership for free.)