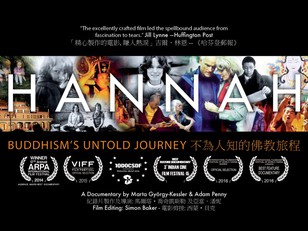 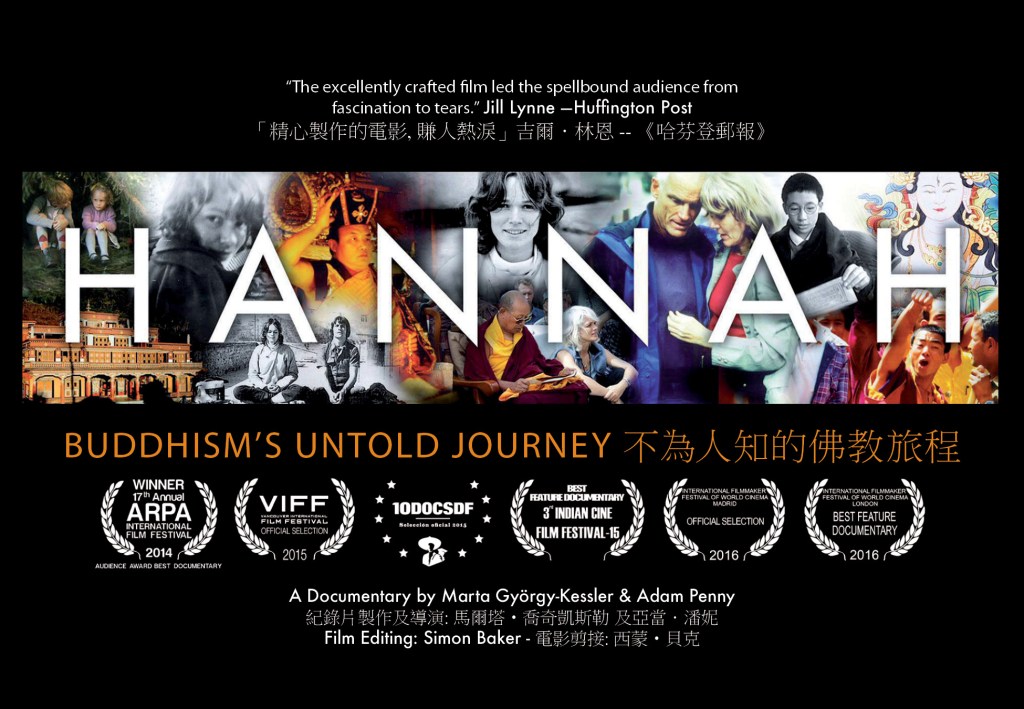 We are delighted to announce that the film premier of “Hannah: Buddhism’s Untold Journey” will take place on Thursday 2nd February 2017 at 7.30pm, the moving story of Hannah Nydahl – one of the pioneers who brought Buddhism to the West.

Lama Ole Nydahl, Hannah’s husband, will attend the screening together with Marta György Kessler, one of the film’s Producers and Directors. Both will be available after the screening and will take part in a question and answer session with the audience.

The film has achieved critical success, winning numerous awards including Best Feature Documentary at the Film Fest International London and the Audience Award for Best Documentary at ARPA Los Angeles. Further it had four screenings at the Rubin Museum of Art in New York, and has recently been selected for the Vancouver International Film Festival.

‘Hannah: Buddhism’s Untold Journey’ tells the story of Hannah Nydahl and her adventure bringing Tibetan Buddhism to the West.

From her wild and idealistic roots as a hippy in Copenhagen, the film follows Hannah and her husband Ole to the hedonistic city of Kathmandu, where in 1968 they became two of the first Western students of His Holiness the 16th Karmapa – the first consciously reincarnated lama of Tibet, and the man who would change their lives forever.

At the heart of the film lies the unique and inspiring love story of Hannah and Ole and their unwavering dedication to bring Buddhism to the West. From Europe and North America, through the fall of communism in Eastern Europe and Russia, to being kidnapped by guerrillas in South America, the film portrays the path of a great woman at the forefront of a turbulent, ever-changing world.

‘Hannah’ explores how the Buddhist ideal of freedom, in all its forms, is more relevant today than ever and why everything Tibetan should not be considered holy.