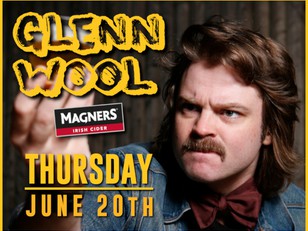 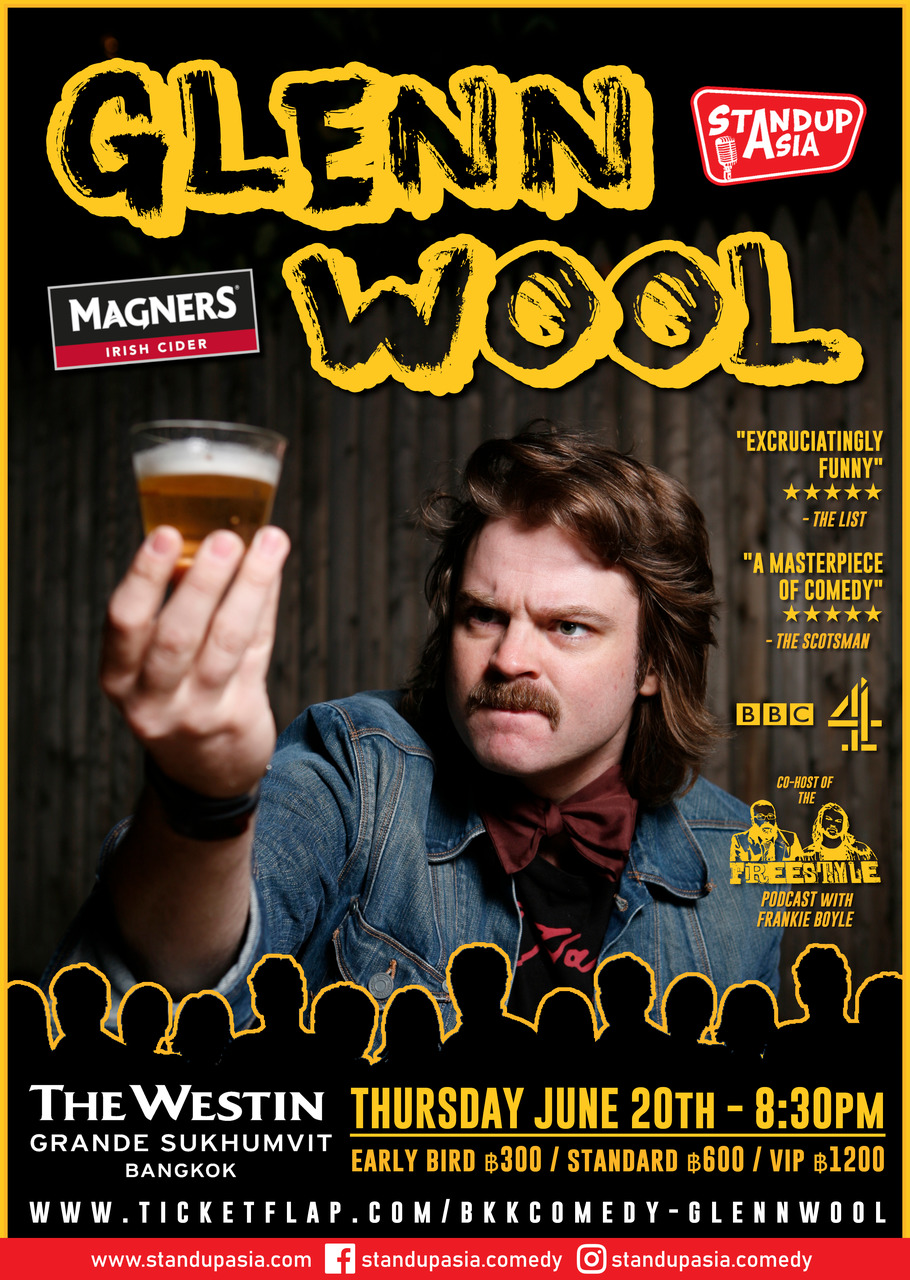 GLENN WOOL began his comedy career in 1995 in his hometown of Vancouver. Three years later, WOOL moved to London and quickly became an established star on the London circuit before becoming a globally recognised name and dominating the international circuit, performing to huge crowds in Canada, Australia, New Zealand, USA, South Africa, and across Europe. WOOL’s credits include: John Oliver’s New York Stand-Up Show, The Green Room with Paul Provenza, 8 Out of 10 Cats, Never Mind the Buzzcocks, Russell Howard’s Good News, and numerous others. In 2016, WOOL was featured on The John Bishop Show on BBC1 and hosted a new NBC series, Before the Morning After. In 2017 and 2018, you would have caught WOOL touring with Reginald D Hunter, heard him on the Freestyle podcast with Frankie Boyle, and saw him on Doug Stanhope’s The Comedians’ Comedian’s Comedian at Austin, TX’s South by Southwest. WOOL has been nominated for Best International Stand Up at the New Zealand Comedy Awards and twice Best Headliner at the Chortle Awards. ‘Effortlessly funny with an affability that other comics can only dream of’ (The Guardian), do not miss your chance to see ‘a masterpiece of comedy’ (The Scotsman) with this cleverly subversive comedian this June in Bangkok.

Do not miss GLENN WOOL at the Westin Grande Sukhumvit on Thursday, 20th June.  Act fast.  Early bird tickets are available now for 300 THB or 1200 THB for VIP, which includes one 4-drink coupon that can be used before the show and during the break with free-flow drinks continuing after the show, meet & greet with Glenn Wool, and the best seats in the house.  Standard tickets will go on sale for 600 THB beginning 17th June.  Tickets are available for purchase at:

About STANDUP ASIA
STANDUP ASIA is a part of Magic Rock, a Singapore-based company that organizes comedy festivals and other events throughout Asia. It has brought international headliner comedians, such as Doug Stanhope, Bill Bailey, and Phill Jupitus to vibrant, multicultural audiences across the region. Event sponsors include Singapore Tourism Board, Clarke Quay, Hong Kong Tourism Board, and Westin Hotels & Resorts. For more information, please contact Sammy Grill at: sammy@magicrock.com.sg | web: www.standupasia.com | facebook & instagram: @standupasia.comedy