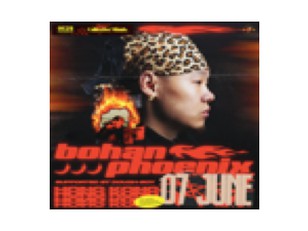 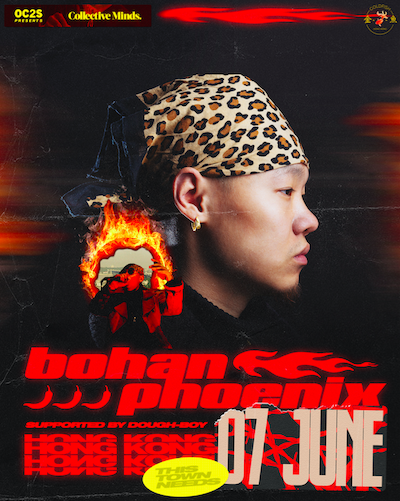 --- BOHAN PHOENIX ---
Born in China and immigrating to the US at the age of 11 not knowing how to speak a word of English, Bohan quickly learned the language after falling in love with hip hop.

He is now renowned in both Chinese and American music scenes for his unique method of effortlessly fusing both languages in his lyrics to reflect his dual identity and bridging both cultures.

Having accumulated a top tier list of producers including BBC Radio 1’s Benji B, E-40 and Tory Lanez collaborator Ryan Hemsworth, and Chinese underground legend Howie Lee as well as artists such as Dumbfoundead and Higher Brothers as his confederates, it’s safe to say that Bohan Phoenix has constantly been taking the world by storm.

Apart from that, his other music releases has seen considerable cosigns by entities such as THE FADER and 88Rising, and has seen spotlight placements on Spotify, Apple Music, and REVOLT.

He has also racked up a Boiler Room/Fendi performance for NY Fashion Week, performing alongside Migos, 21 Savage, and Metro Boomin. Bohan constantly reinvents himself as a multi-hyphenate, international artist - building bridges, breaking down boundaries.
Listen & Follow:

--- DOUGH-BOY ---
Arguably Hong Kong’s most well-known rapper of this generation, Dough-Boy is born in Toronto and raised in Singapore, Dough-Boy has an impressive list of accomplishments.

Dough-Boy has collaborated with the biggest Chinese rappers and artists including MC Jin, 熱狗 MC HotDog, Tizzy T, Jackson Wang, Lexie Liu, Masiwei of HigherBrothers, 側田Justin Lo, 頑童MJ116 and many more. Dough-Boy is the first and only rapper to win an HK Film Award for a rap song. He has been featured on magazines and media including VICE, Noisey, HYPEBEAST, Yoho! and others.