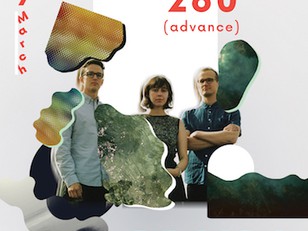 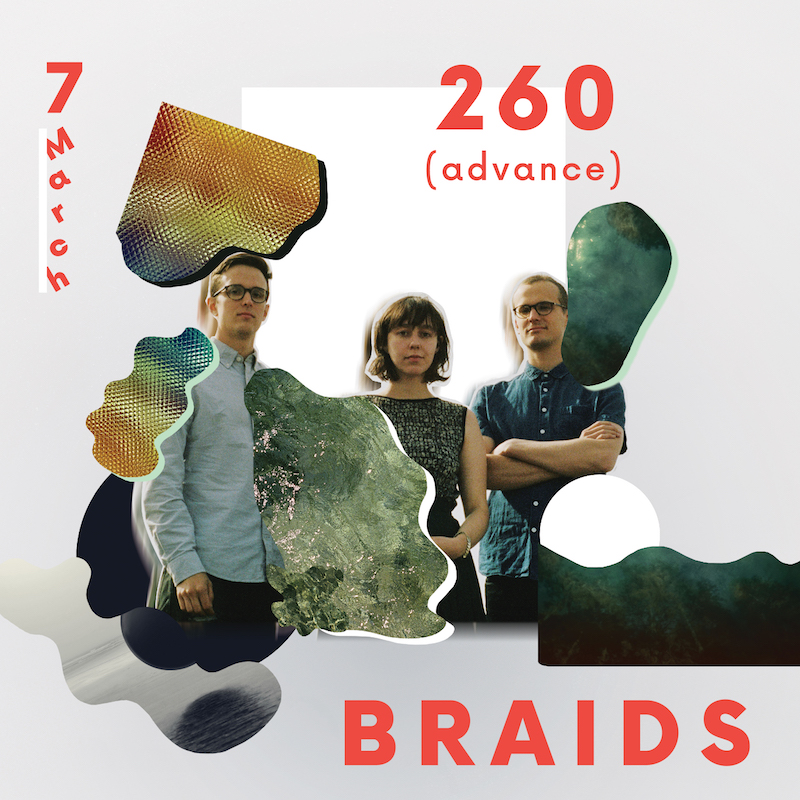 /// INFO
Braids (CA)
Braids (usually stylized as BRAIDS) is an art rock band from Calgary, Alberta, currently based in Montreal, Quebec. Braids currently consists of Raphaelle Standell-Preston, Austin Tufts and Taylor Smith. The band (along with former members Katie Lee and Vince Man[1]) met at a young age and began collaborating in high school. Their debut album, Native Speaker, was released on January 18, 2011 in Canada and the United States to generally positive reviews. The album was shortlisted for the 2011 Polaris Music Prize.[2] The band's second album, Flourish // Perish, was released on August 20, 2013. Their third, Deep in the Iris, was released on April 28, 2015, and was awarded the 2015 Juno Award for Alternative Album of the Year.

SO IT GOES (HK) So It Goes is currently a 3-piece girl band based in Hong Kong with Emily on vocals and guitar, Emily on bass and Emily on drums. Besides from having the same first name, the 3 Emilies have another thing in common: they are pessimistic optimists. In Slaughterhouse-Five, the phrase “so it goes” follows every occurrence of death no matter the circumstance. Of course, to look back is human, and humanity, including its darkness, weakness and ugliness, is both fascinating and enduring, but when one is encumbered by the inevitable and tragic vicissitudes of life, there is no choice but to keep going. So It Goes has gone through an unexpected eviction from their band room (which led to a court hearing), theft of their hi-hat stand, a few bad live performances, some harsh criticisms, countless equipment malfunctions, and even the sudden departure of one of the founder members...but the love for music is so strong and so tied to their very existence that the band is simply incapable of giving up. Emilies don’t fight, but survive and hope to give people that same strength to go on until that one little special moment makes everything come to life. After all, “for whatever we lose, it is always ourselves we find in the sea.”