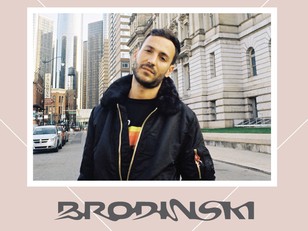 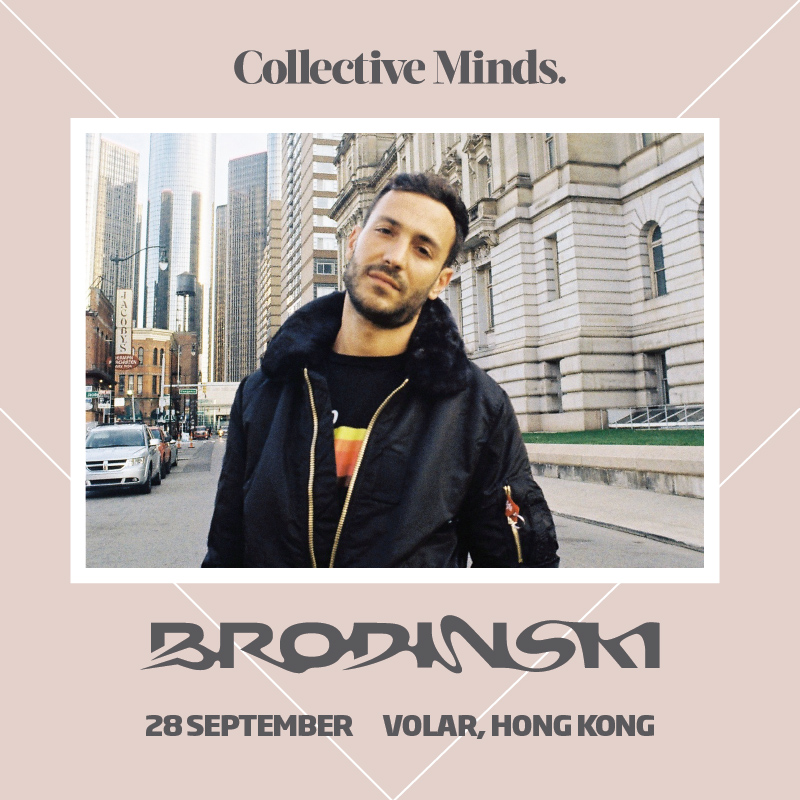 We can’t wait to have Brodinski behind the decks at Volar! He’s one of the most exciting talents to explode onto the scene in recent years.


BRODINSKI BIOGRAPHY
At first he was just a kid at a computer. Born into a generation whose musical culture is forged in just a couple of clicks, Brodinski spent much of his youth creating mp3 files, first in his hometown of Reims, and then in Lille where he went to study.

This included techno, of course, from Erol Alkan to Andrew Weatherall, but also Nine Inch Nails-style rock and the slick and menacing rap of artists like Three 6 Mafia and their Southern sound.

From an early age, Brodinski began to see music as a vast world without boundaries, where artists are no longer restricted by categories, and what truly counts is their drive and passion. In Reims, Brodinski spent time hanging out in the studio of the producer Yuksek, alongside a group who later went on to form The Shoes.

In this musical melting pot, he quickly started working on his first mixes, sending them off to the blogs that began to proliferate online in the mid-2000s. Brodinski knew very early on what he wanted to do with his life: play music, and be a DJ. He liked the idea of sharing his music, of getting a crowd going, of creating a vibe, with sets that expanded musical horizons all while blurring genres.

After the mixes came the club gigs. And so it was that Brodinski became a proper DJ, the new face of a burgeoning French techno scene. Like a track that downloads in the blink of an eye, it all happened very quickly. The young DJ lined up gigs, travelling, exploring the world and its cultures, and meeting people who went on to become friends and inspirations for life, including DJ Mehdi and Pedro Winter, as well as Tiga and 2 Many DJs. The years passed at breakneck speed.

In 2011, he decided to take his career in a new direction, launching the Bromance label with his manager Manu Barron. A name that is no coincidence: Brodinski sees his life as an organic whole, in which his career and his friends' enjoyment are inextricably linked. The various artists who have made up the ranks of the label, Gesaffelstein, Club Cheval and the American Louisahhh!!! are all close friends, who share more than just a taste for the turntables with the DJ. At the helm of this team, the proud champion of French electronic music, Brodinski added yet another string to his bow. No longer just a DJ, he was a team leader, an artistic director, a conductor. He gave direction, putting his own distinctive signature on people's music.

Soon, people were coming to him for his instinct as a tastemaker. And more recently, Brodinski has turned his hand to producing, for Kanye West and Theophilus London, two music legends who he met on his travels. His collaborations with them are nothing more than the result of a mutual passion.

Throughout this prolific career, there was only one box left to be checked: an album. A few months ago, after all these years DJing around the world, Brodinski, now 27, put the brakes on his frenetic career to set up in the studio and finally check that box. To translate his creative vision, Brodinski called upon two of his friends; DJ Kore, collaborator of a string of French rappers, as well as the behemoth that is Rick Ross, and Myd, meticulous producer of the Club Cheval quartet to help shape his musical productions as best as possible. This album is first and foremost a story of friendship; teamwork carried out in a relaxed and positive atmosphere.

Brodinski has infused this record with all the influences that have fueled him over the years. He sought out an exciting ensemble of rappers and singers from NY, Atlanta, LA, Chicago and Australia, whose explosive styles are blended to create a sound where techno and rap are at the core of the many elements.

With this record, Brodinski has created a heady mix, an intoxicating style where you forget about genres and just dance and chill. A record that reflects a life.

VOLAR Is strictly an 18+ venue. Please ensure you bring valid identification (Passports, HKID) Photocopies will not be accepted