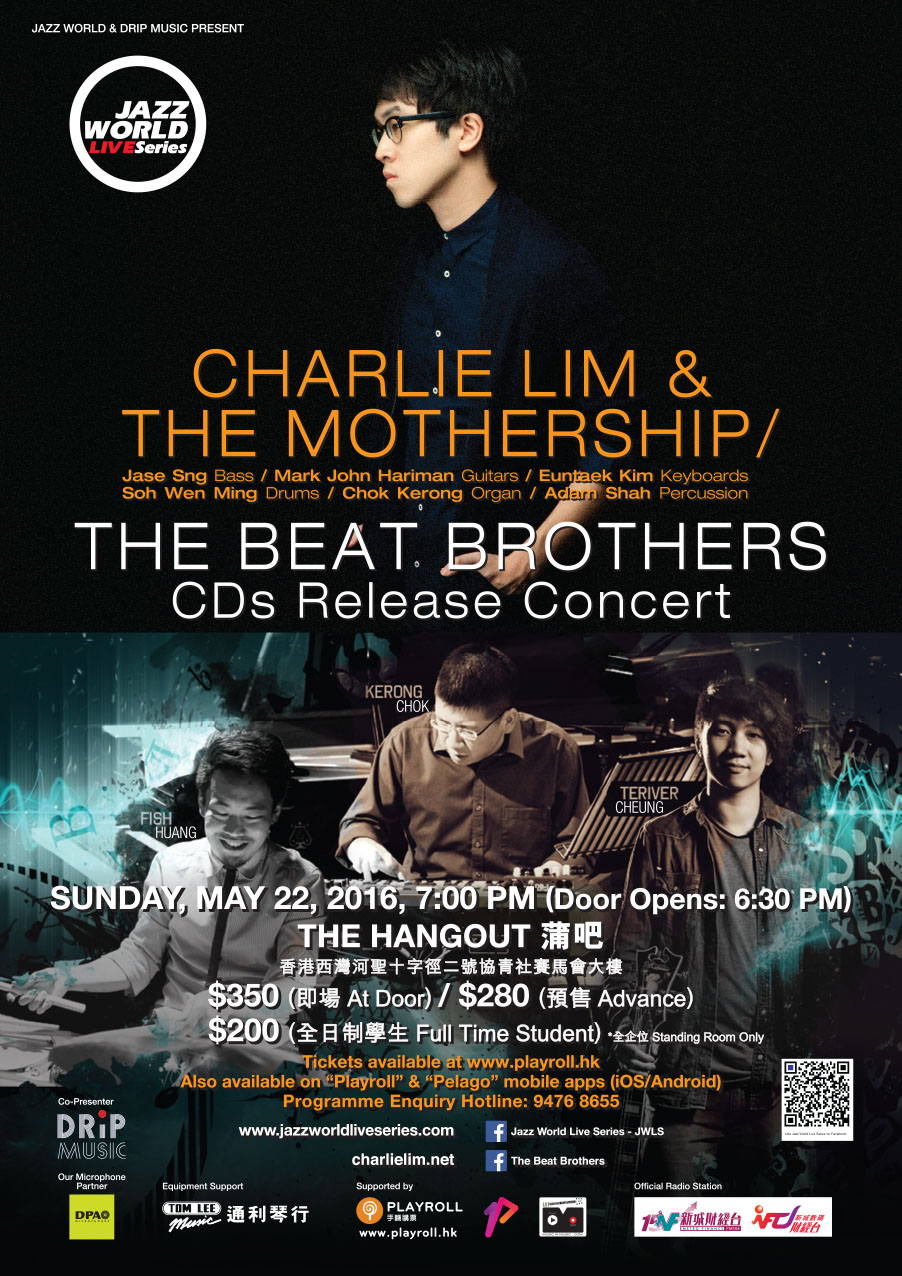 Stretched far between acoustic melancholia, post-rock, indie-R&B, and electronic-pop – the extremities that mark Charlie Lim’s music, is a certain sense of cinematic gravitas that takes you on a sonic journey set against the rich narratives of life’s tales. Since he released his first solo self-produced EP in 2011, he has fast become the most talked about indie singer/songwriter in Asia.  In 2015, he released his new CDs Time/Space, and within one hour of its release, it reached No.1 at iTunes Singapore.

Charlie Lim played HK in two previous occasions: Clockenflap in 2012 alongside Alt-J, De La Soul, and in 2014 in showcase with The Beat Brothers.

This is the first time Charlie performs in HK with The Mothership, his own 7 piece band from Singapore.

The Beat Brothers (TBB) is much more than a traditional jazz trio. Formed after an accidental jam session in 2014, drummer Fish Huang,  guitarist Teriver Cheung and organist/keyboardist Kerong Chok (based in Taiwan, Hong Kong and Singapore respectively!) soon found themselves touring actively in SE Asia performing at different musical venues and festivals together. Their versatility has led them to collaborate with different singers, rappers, and dancers. Individually, the members of TBB have performed with legends like Eddie Gomez, Steve Wilson, John Riley and others.

In 2015, TBB recorded their debut album "Artcore", which features their original music and the use of contemporary production techniques. While their aesthetic is very much informed by jazz, TBB also incorporates the influences of modern Neo-soul & Hiphop, creating music that is truly of our time.