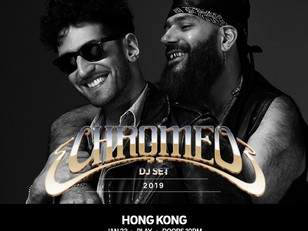 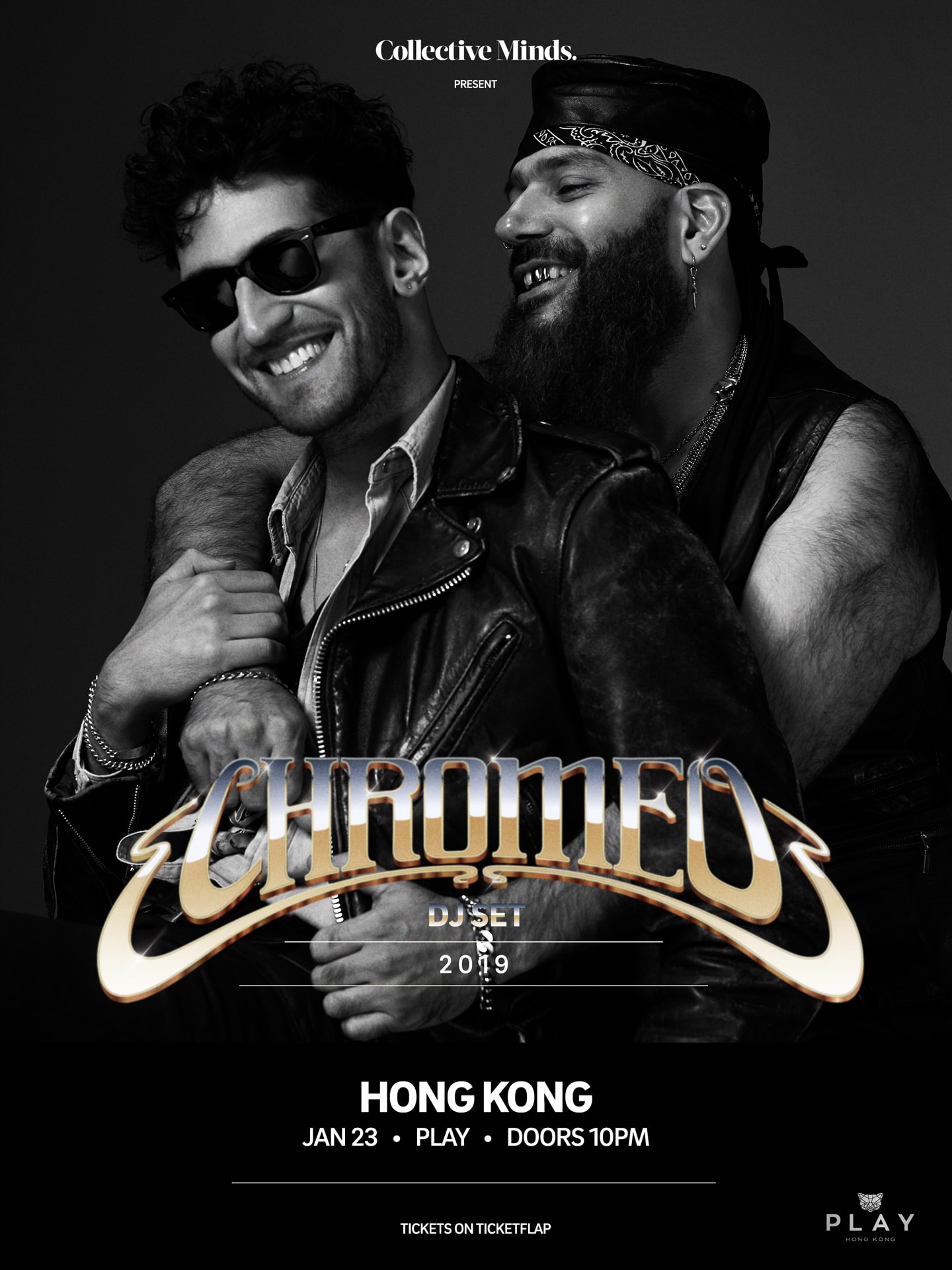 Electrofunk duo Chromeo are headed to Hong Kong! Montreal natives Dave 1 and P-Thugg are set to light up PLAY with their game-changing brand of funk.

And guess what? The ten-year battle strategy was merely the start of it.

The Funklordz returned recently with a studio offering hitting harder than ever. Early 2018 marked the release of their fifth studio LP, Head Over Heels. The album comes through with unprecedented conceptual cohesion, signature Thumbnail sounds, and more collaborations than ever before.

It doesn’t matter whether or not you’re a funk purist immersed deep in the teachings and ways of Parliament-Funkadelic and Graham Central Station or an absolute newcomer to getting down with the first beat of every measure.

Chromeo wants you to know that every single one of their shows is guaranteed to be a fantastic time for everybody in attendance.

Come learn first-hand how this unlikely Canadian duo championed and led a renaissance of a legendary 80s movement in a time where the masses were steering clear of it!