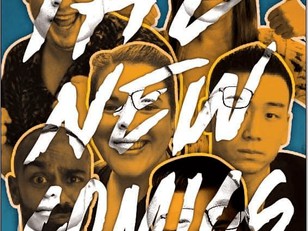 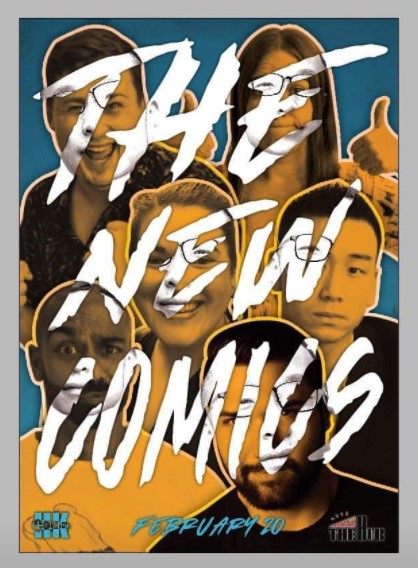 Possibly the only comedy show you can attend in the next four months! Six of Hong Kong's best new comics - Ashley James, Tim To, Ailis Bee, Muk Venkatamaran, Asher Chan, and Bryan Nee - compete for a chance to win $1,000, a beautiful pre-owned trophy from the literal streets of Sham Shui Po, and the prestigious title of being the inaugural Comedy.HK Best New Comedian of the Year!
The winner will be decided by YOU, the audience, through a process that no one else in Hong Kong gets to experience: voting!
Featuring special guest appearances by two comedians who actually have credits: Garron Chui and Ryan Hynek!
Garron Chiu is an American born stand up comedian based in Hong Kong. He has made people laugh the world over, mostly in Asia. On stage you will find him trying to justify his huge ego, talk about his myriad of doomed relationships, and try to figure out whether he is too Asian or not Asian enough. All this while failing to run from his stereotypes and making people laugh along the way.
"One of the top young up and coming comedians" - Jami Gong, Founder, TakeOut Comedy Club
* Winner: Hong Kong International Comedy Competition 2019
* Comedy Central Asia: Stand Up Asia
Ryan Hynek is a Chicago native who’s been yucking it up on the Asia Comedy circuit since 2007.  Knowing that comedy won’t pay the rent in his 300 foot ‘deluxe’ apartment in the sky, Ryan works full-time as a secondary school English teacher.  He’s the first to admit that he uses his students as guinea pigs for his brand of observational humor and finds success in their puzzled looks.  He’s a top three finalist in the Hong Kong International Comedy Festival and has played clubs around the world from Chicago to Hanoi. You can find Ryan poking around the comedy clubs in HK most weekends.
"Guaranteed to get people to stay at your cruise ship bar 30 minutes longer"
Turner Sparks
Founder, Kung Fu Komedy
* Multi-time Finalist Hong Kong International Comedy Competition
* Voted best feature comedian by HK comedians
-
* Note: if the show is cancelled due to new covid restrictions, you will automatically receive a full refund within 24 hours of the announcement.
Contact Host
View hosts events