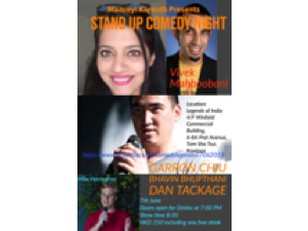 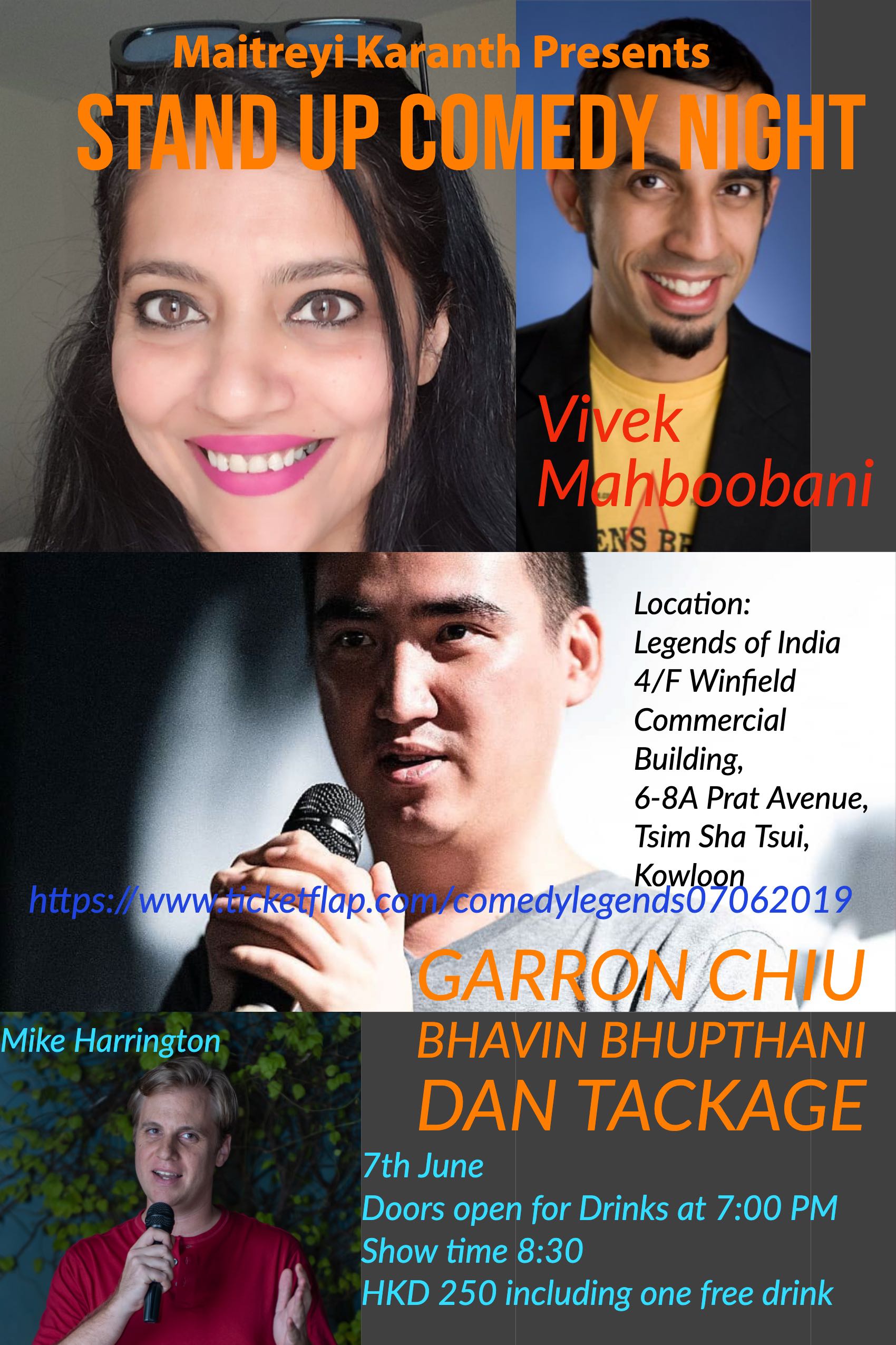 Vivek Mahbubani is a Hong Kong-bred bilingual stand-up comedian performing in both Cantonese and English.

Having been crowned the Funniest Person (in Chinese) in Hong Kong in 2007 followed by his victory in the English category at the Hong Kong International Comedy Competition in 2008, Vivek has had the opportunity to take his sense of humor all over the world including Hong Kong, China, Macau, Singapore, Malaysia, Philippines, Thailand, Sri Lanka, India, Australia, Canada and USA.

Having been ranked as the top comedian in Hong Kong, in 2014, the World Famous Laugh Factory in USA ranked Vivek as one of the top 10 comedians in their Annual Funniest Person in the World Competition.

Garron Chiu is an American born stand up comedian based in Hong Kong.

Mike Harrington is a consultant by day, comic by night and 24/7 spicy food enthusiast. Dubbed the ‘Masala Man’, Mike developed his sense of humor as an American stumbling his way around the world, eventually finding the stage to be the best place to stay out of trouble. After cutting his teeth in front of audiences in Hong Kong, Mike brought his mic to Mumbai, a place he now calls fantastically funny—and home.