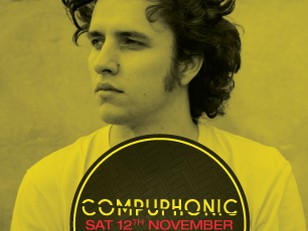 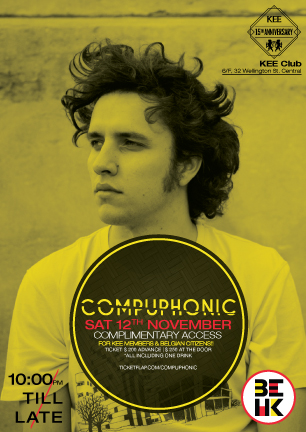 Part of a citywide Celebration to Showcase Belgian Cuisine, Culture, Music, Art & Fashion.
In a first for Hong Kong, Belgium will be the focus of an inaugural
week-long festival to celebrate the ‘Best of Belgium’ which will run from November 12 th to 19 th, 2016.

With Hong Kong’s award-winning KEE Club at the epicentre of the festival, the event aims to raise awareness about this dynamic European country in a week that Belgians around the world celebrate their King’s birthday which falls on November 15 th .

Born in 1983 in Liege, as an adolescent, Maxime Firket dreamt of playing in a rock group, but also discovered Kraftwerk, Depeche Mode, Front 242 and Detroit techno. After having created his own studio and put together a few mixes on a Roland Compuphonic synthesiser (yes, that’s where the name comes from...), Maxime soon found himself behind the decks at Dirty Dancing nights in Brussels and recorded his first tracks for Dirty Dancing Recordings. In 2006, his reputation exploded on the dance floor with the groovy & Emotion& produced in collaboration with Tiga and released on his label ‘Turbo Recordings’.

More recently his releases ’Radio Atlantis’ and ‘The Sun Does Rise’ on Berlin’s super label Exploited Records and his remix for the legendary
Planet E have picked up great support by radio stations and bloggers
worldwide and after playing shows at Pukkelpop, Dour Festival, Eurosonic, SXSW, Sonar Festival, Monegros,, he is #39 set to become one of Europe's 39 best DJ.