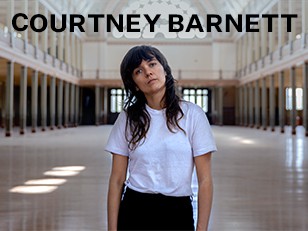 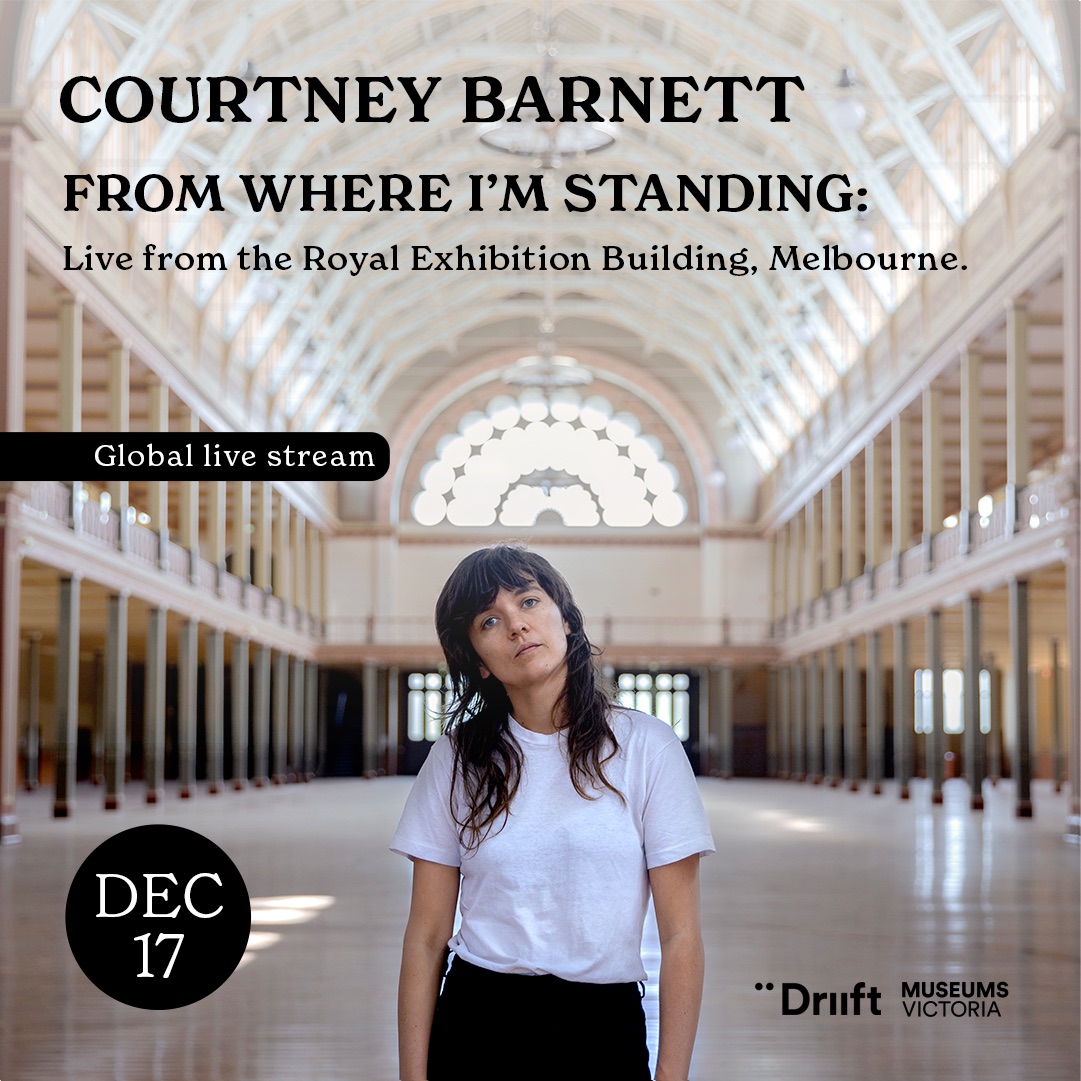 Courtney Barnett has announced that she will be performing a global livestream on Thursday 17 December at 8PM (Hong Kong Time) from the Royal Exhibition Building, Melbourne. The event will be available across multiple timezones for audiences around the world and is the first full band show she will have performed since the sold out Corner Hotel bushfire fundraising gigs in early January. Tickets available at : https://www.ticketflap.com/courtney-barnett

While Barnett’s hometown of Melbourne was in lockdown for over 100 days, she was forced to swap the tour-bus for an apartment and lay low. Indeed, 2020 was the year that Barnett’s seemingly never-ending global touring schedule ground to a halt. It’s been an opportunity to regroup, think deep and rest. Eventually it became an opportunity to write and create too.

Working with film-maker Derry Sheehan, Barnett and band will perform smack-bang in the middle of the exhibition hall in one of Melbourne’s most beautiful, landmark buildings. They’ll perform some of her classics as well as premiere a bunch of brand new compositions.

The concert's title ‘From Where I’m Standing’ is taken from a line in Barnett’s song 'City Looks Pretty' which was inspired by a period of self-imposed isolation. The song, which appears in her award winning 2018 release ’Tell Me How You Really Feel’ has felt eerily prescient these last few months.

Designed in 1879 for the Melbourne International Exhibition (the 8th World Fair), the Royal Exhibition Building was the first building in Australia to receive Unesco World Heritage listing. In the custodianship of Museums Victoria, the grandiose space has been an iconic presence in Barnett’s home city for 140 years. The builder in 1880 was David Mitchell, father of famed operatic soprano Dame Nellie Melba, Courtney Melba Barnett’s namesake.

Get your tickets now for this one-time-only experience: