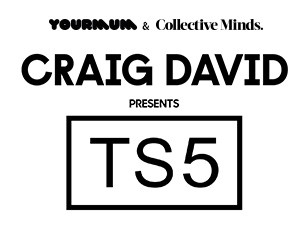 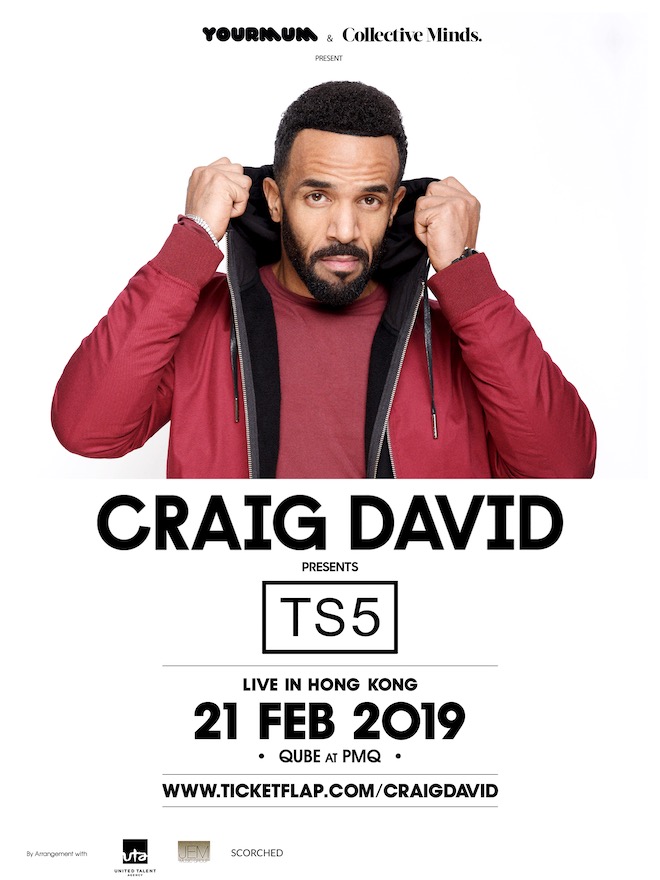 Craig David, the smoothest man in pop, brings his blockbusting TS5 show to Hong Kong for the very first time on February 21 at PMQ in Central.

It has been 19 years since Craig David’s debut album, the critically acclaimed ‘Born To Do It’, rocketed to Number 1 all over the world, featuring chart Hits ‘7 Days’, ‘Fill Me In’ and ‘Walking Away’. Six albums followed, selling over 15 million records to date in his career along with 14 top 10 hits. In more recent times, it has been the emergence of his thrillingly uniting TS5 format in the live space , which continues to catch fire across the globe and keep him as relevant as ever.

TS5 started off as an impromptu DJ shindig in Craig David’s Miami apartment, and has since morphed into one of the touring circuits most in demand and all out fun parties anywhere. TS5 sets combine massive old school anthems from R&B to Swing beat, and from Garage to Basement, into chart topping House hits. Craig sings, MCs, DJs and works the crowd throughout, whipping up a frenzy like no other. Since its introduction, the show has gone from strength to strength winning fans over wherever it has played, starting off in clubs to selling out the prestigious Brixton Academy in a few mins, before iconic residencies in Ibiza along with festival performances – including a record breaking 25,000 people packing out the Sonic Stage at Glastonbury (the largest crowd that stage has ever seen in the history of the landmark festival).

Now Craig David brings his celebrated TS5 show to Hong Kong for the first time, and it is all set to be outrageous levels of fun.