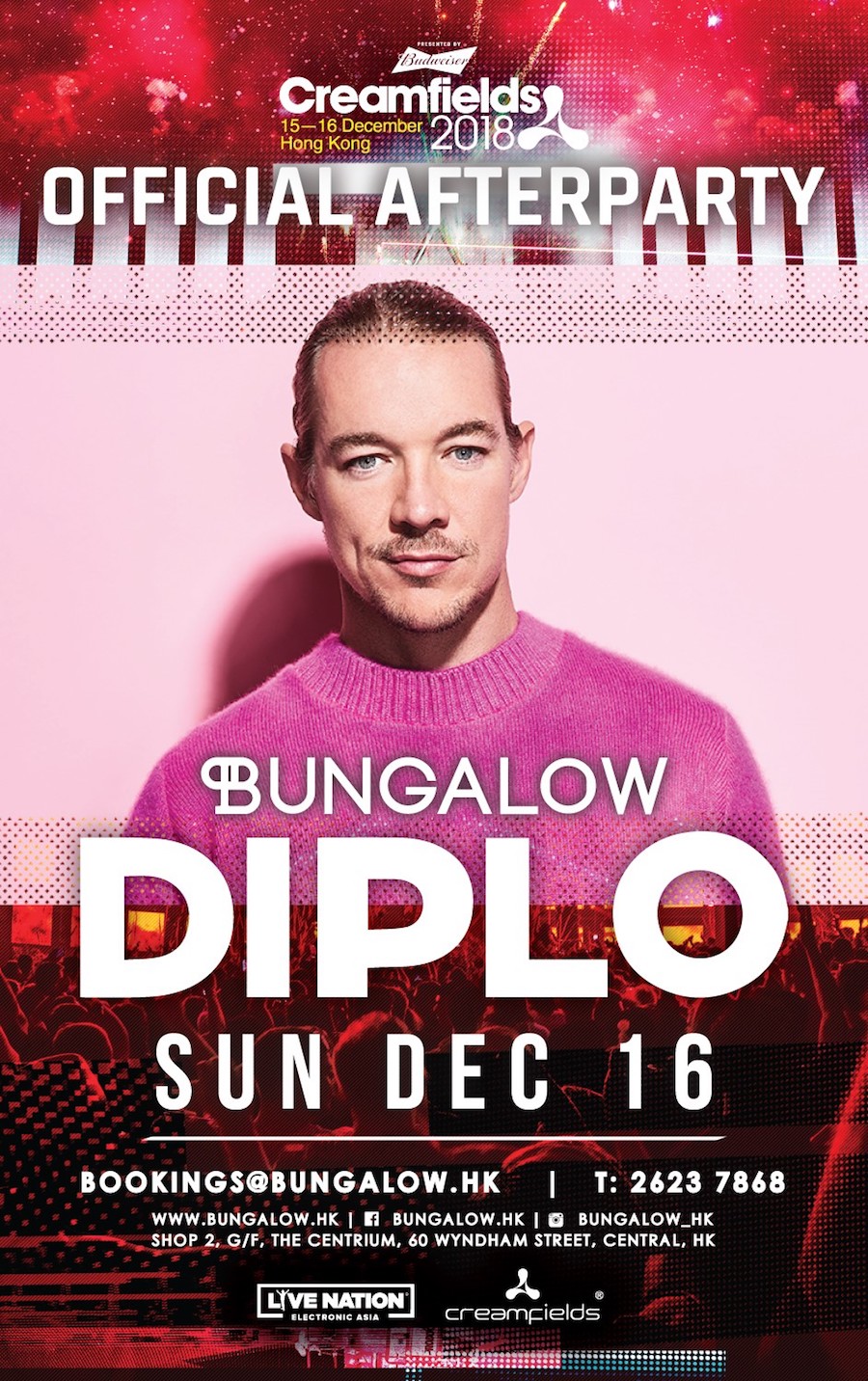 Thomas Wesley Pentz, AKA Diplo, is not only a celebrated musician/DJ/producer, but also an international brand. Ever-dynamic and a cultural figure, Diplo established himself as a fully-fledged artist in 2004, with the release of his debut album, “Florida”.

Diplo also collaborated with M.I.A. on her mixtape, first, and second albums – eventually, they created the track “Paper Planes” in 2007, which was Grammy nominated and hit No.4 on the U.S. Hot 100 Chart, selling more than 3 million copies.

In 2005, Diplo founded the label Mad Decent, a culture lab serving as a platform to showcase the many different sounds and talents Diplo finds while touring the world, consisting of artists like DJ Snake, Riff Raff, and Dillon Francis. With a myriad of accolades, including multiple Grammy Nominations, reaching #1 at Top 40 Radio, and earning the crown title of most streamed track of all time, Diplo remains the go-to producer for the who’s who of the pop music landscape.

Now, he is bringing the Official Creamfields Afterparty to Bungalow – are you ready to turn it up?