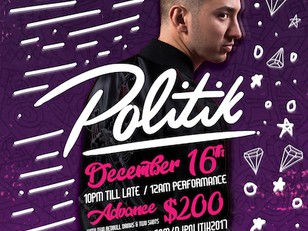 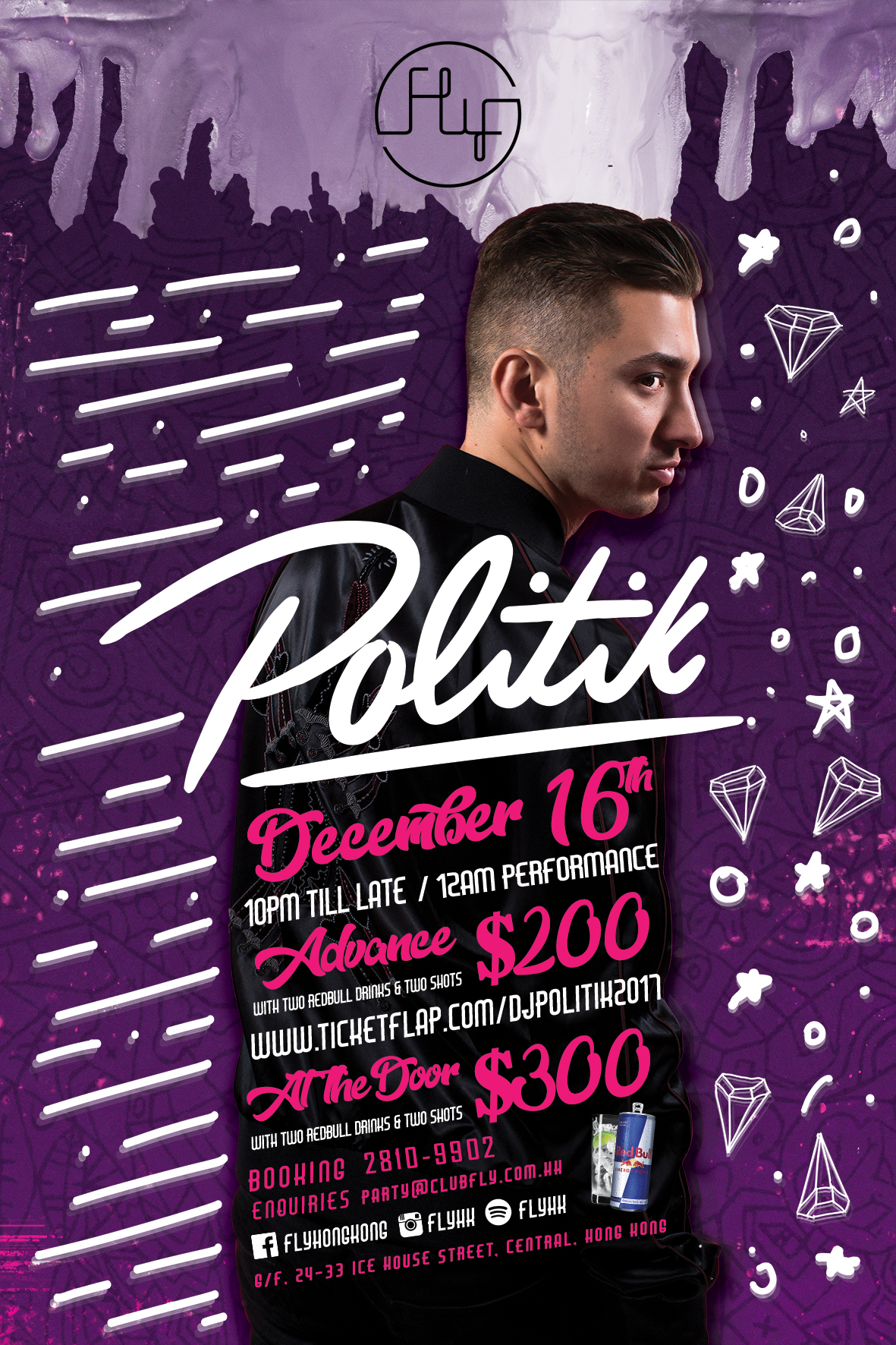 Born and raised in Los Angeles, DJ Politik has quickly climbed atop a short list of open- format DJs called upon by elite nightclubs, luxury brands, and celebrities across the globe. He is known for his keen ability to integrate the perfect balance of hip-hop, house, rock, pop, nu-disco, indie dance & classic records into his sets.


There are very few DJs in the world today that can dauntlessly rock a mega club in Las Vegas or Miami and then orchestrate a tasteful, sophisticated soundtrack for an exclusive, celebrity studded affair the very next day.