The Butchers Club Deli at Editus

The Butchers Club Deli at Editus 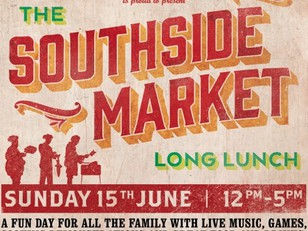 A fun day for all the family with live music, games, cooking demonstrations and great food & drinks 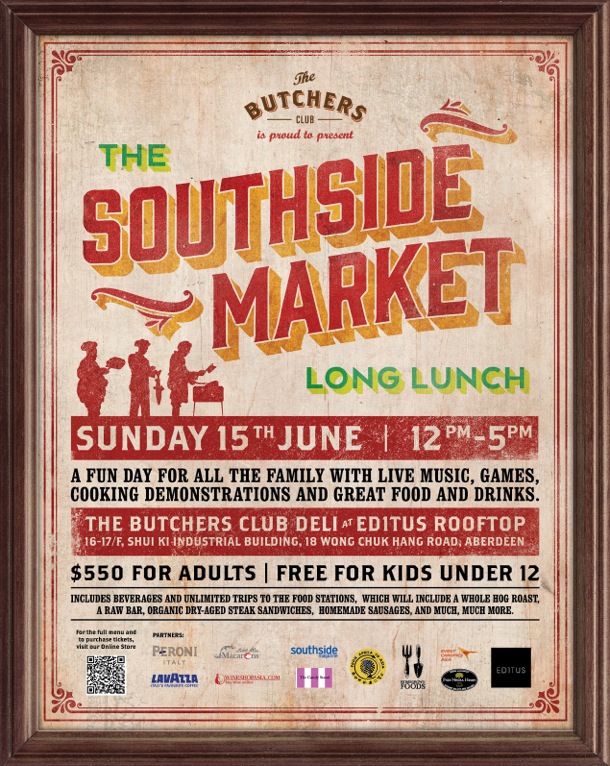 There are organic markets in Central, on the east of the island, in the New Territories and even on some of the outlying islands; there is now an organic market on the south of the island too. The Butchers Club, famous in Hong Kong and further afield for its organic traditionally dry-aged beef, is hosting the first ever Southside Market Long Lunch this Father’s Day, Sunday 15th June.
The Butchers Club Deli, which opened last month within the stunning men’s lifestyle and fashion showroom ED1TUS in Wong Chuk Hang, is lucky enough to have its very own 7,000 square foot rooftop with incredible views of Aberdeen harbour. Although ED1TUS and The Butchers Club Deli are now in full swing, attracting customers from nearby offices as well as other parts of the city, the rooftop has, until now, not yet been unveiled to the public.
Since securing the lease on this fantastic space, The Butchers Club’s founder Jonathan Glover has always had the vision of using the rooftop for a farmer’s market. “There couldn’t be a better space for a farmer’s market than our rooftop,” states Glover. “As it’s something that the people of the South side have never seen, it’s time we brought them a market of their own. We’re excited that The Southside Market Long Lunch also coincides with Father’s Day, as this gives fathers and kids alike a option that is so much more fun than just a standard Father’s Day brunch. It’s a fun day out for all the family.”
Apart from the fact that it will be located on the 17th floor rooftop of an industrial building, the Southside Market will be unlike any other market in the city. As well as a number of hand-selected partners, including organic vegetables from Homegrown Foods, wines by Links Concept, Lavazza coffee, Peroni beers, Iberico ham from Pata Negra House, homemade organic Indian spice pastes and chutneys by Seema Bhatia of From Africa to Asia, gluten-free treats from Little Miss Macarons and delicious Mediterranean delicacies from Not Only Olives, the market will also feature a range of cooked food stalls by The Butchers Club. These will include a whole hog roast, The Butchers Club’s signature dry-aged beef burgers, homemade boerewors sausages with chakalaka and a seafood bar including Kinkawooka mussels, Cloudy Bay clams and Coffin Bay oysters.
Patrons must purchase a ticket to attend the Southside Market Long Lunch, which will give them unlimited trips to all the cooked food stalls and complimentary beverages all day. Patrons will also be able to try their hand at oyster and clam shucking, and even make their own sausages, as well as take part in wine tastings by Links Concept.
There will be live music throughout the day, and for the little patrons, there will be entertainment including magicians, balloon animals and cake decorating, as well as of course sausage-making demonstrations where the youngsters can also get involved.
There need be no disruptions in the case of bad weather, as a unique and attractive Freeform Tent by Event Canopies Asia has literally got this covered. No matter the weather, the Southside Market Long Lunch is going to be an event you don’t want to miss.
Contact Host
View hosts events