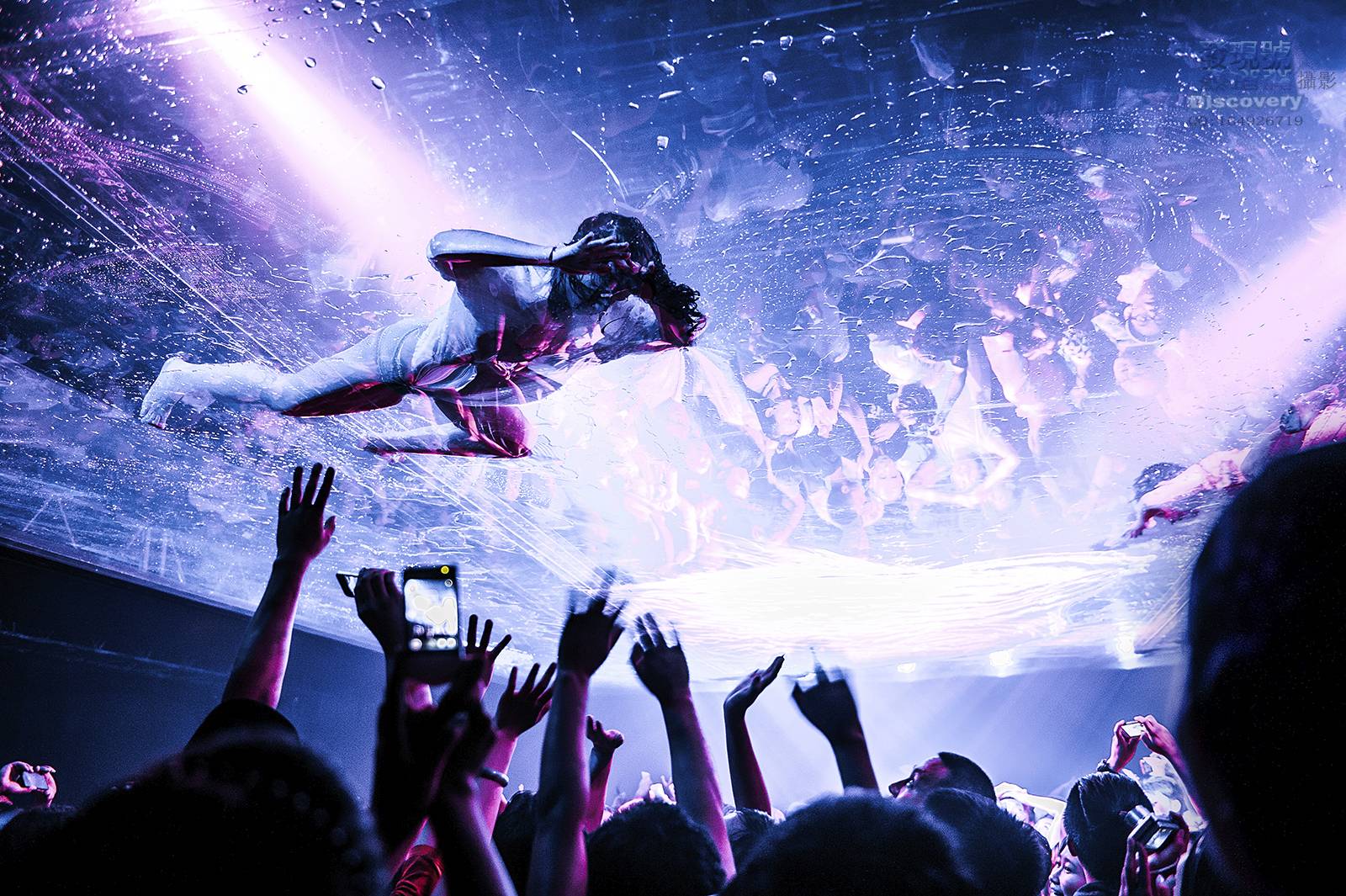 As a trendsetter in Asia’s entertainment landscape, MGM stages the unconventional FUERZA BRUTA WAYRA at MGM Theater, the immersive theater party experience that has swept across the globe. Arguably one of the world’s craziest theater show, this Argentine theatrics is an extraordinary, three-dimensional standing show pumping your adrenaline, stimulating your senses and electrifying your body every second.

For the first time in Macau, FUERZA BRUTA WAYRA unwraps the outside-the-box theater and party surprises at MGM Theater. The standing show redefines the show rules with no rigid stage or seating arrangement. Audience are at the center stage of the show – just interact with performers! Wherever you are in the theater, you are fully submerged in the 360-degree view and surrounded by shocking waves of the theater’s mind-blowing visual effects and lighting. FUERZA BRUTA WAYRA MACAU is a footloose sensory journey. Speak loudly. Run wildly. Take videos casually. Snap selfies smoothly. Be ready to welcome performers come out of nowhere and from all directions, or react to unexpected scenes.

Toured to 27 countries worldwide, over 2.5 million of audience have already been indulged in the off-the-chart sensory feast presented by FUERZA BRUTA. Meaning “brute force” in Spanish, FUERZA BRUTA is a postmodern theater show originated from Argentina. The show was debuted in 2005 at Buenos Aires with an overwhelming applause, and it has been running Off-Broadway in New York since 2007.

Mr. Grant Bowie, Chief Executive Officer and an Executive Director of MGM China Holdings Limited, commented, “MGM Theater’s revolutionary technologies and extraordinary flexibility have made the staging of FUERZA BRUTA WAYRA possible in Macau. As Asia’s first dynamic theater, it unlocks unprecedented performance possibilities for such highly complex show with 360-degree setting. This state-of-the art venue will continue to attract more and more top-notch entertainment and innovative experience across the globe to debut in Macau, setting new heights for the city’s entertainment offerings.”