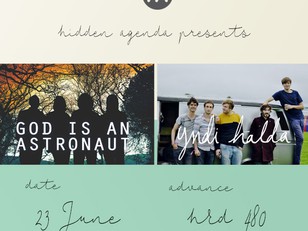 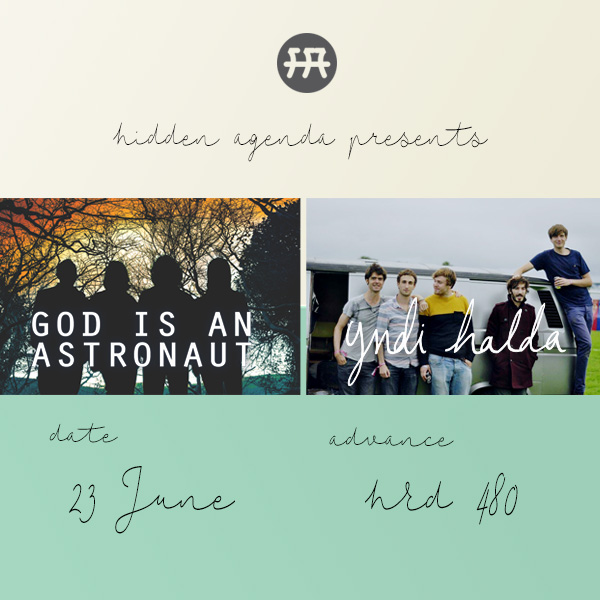 God Is an Astronaut

The band was formed in 2002 by twin brothers Niels and Torsten Kinsella, who took the inspiration for its name from a quote in the movie Nightbreed. God Is an Astronaut's debut album The End of the Beginning was released in (2002) on the Revive Records label which is independently owned by the band. The album was intended to be a farewell to the industry. Two music videos for "The End of the Beginning" and "From Dust to the Beyond" produced by the band received airplay on MTV UK and on other MTV Europe networks.

GIAA consider each of their albums to be a sonic "photograph or snapshot of who we are in that moment of time". In mid 2006 a licensing deal with U.K. label Rocket Girl saw both EP, called A Moment of Stillness, and second album "All Is Violent, All Is Bright" being re-released. The single "Fragile" from the album received plays on MTV2 UK's 120 minute show and MTV's show The Comedown.

Also in 2010 the band went from a 3 piece to a 4 piece with keyboardist/Guitarist Jamie Dean joining the band. The band received rave reviews and the best ever reactions to their concerts due to the explosive energy of the new lineup.

God Is an Astronaut's sixth full-length album, Origins was released in 2013. They then went on tour performing in places such as China, Russia, Brazil and Europe.

Yndi Halda (pronounced YIN-dee hal-DAR and stylised "yndi halda" in lower case) is a post-rock band from Canterbury, England. 'Yndi Halda' is Old Norse for "Enjoy Eternal Bliss", also the name of their self-titled debut. The band's music is characterized by expansive, cinematic pieces that have seen them compared to post rock and modern classical genres.