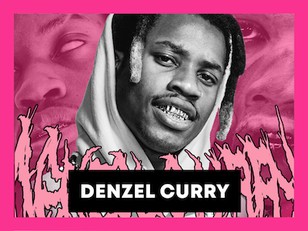 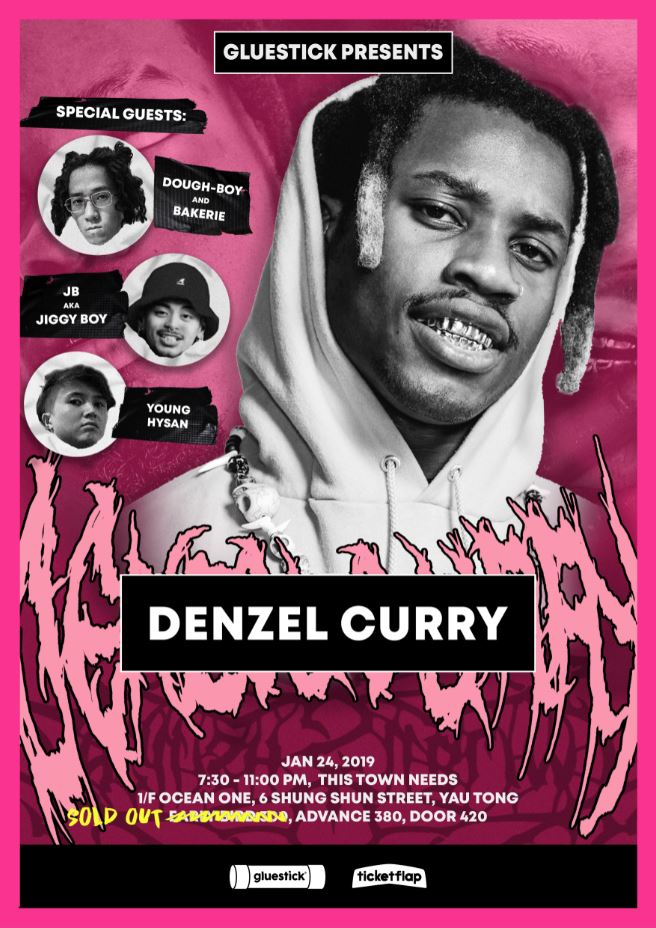 Denzel Curry is a rapper from Carol City, Florida. Curry is known for being one of the first members of Raider Klan alongside the likes of SpaceGhostPurrp, Yung Simmie and others. Raider Klan is known for contributing to A$AP Rocky and the A$AP Mob's aesthetic and sound early on. After leaving the Klan in 2013, Curry released his debut studio album Nostalgic 64, which contains features from Robb Bank$, LIl Ugly Mane and production from Ronny J. He then released Imperial in 2016, which features Joey Bada$$, Rick Ross and production from Ronny J and Steve Lacy. Curry was featured on the cover as one of XXL's 2016 Freshman Class, and cyphered alongside Lil Uzi Vert, 21 Savage, LIl Yachty and Kodak Black - the most viewed XXL freestyle cypher to date. His latest album TA13OO, dropped in July 2018 and features guest appearances from Billie Eilish, GoldLink, J. Cole signee J.I.D., 6ix9ine-affiliate ZillaKami and more. TA13OO received critical acclaim upon release. He has also collaborated with XXXTENTACION, Ski Mask the Slump God, Wiz Khalifa, Juicy J, BADBADNOTGOOD, Flatbush Zombies, Ekali, Suicideboys, AJ Tracey, JME, Jpegmafia and many others. RIch Brian regards Denzel Curry as one of his favorite rappers ever and primary influences.

Dough-Boy is this generation's most well-known rapper in Hong Kong and Bakerie is currently the biggest hip-hop group in HK. Dough-Boy and Bakerie will perform solo and group songs as well as new songs from their upcoming releases. Born in Toronto and raised in Singapore, Dough-Boy has an impressive list of accomplishments. Dough-Boy has collaborated with the biggest Chinese rappers and artists including MC Jin, 熱狗 MC HotDog, Tizzy T, Jackson Wang, Lexie Liu, Masiwei of HigherBrothers, 側田Justin Lo, 頑童MJ116 and many more. Dough-Boy is the first and only rapper to win an HK Film Award for a rap song. He has been featured on magazines and media including VICE, Noisey, HYPEBEAST, Yoho! and others.

JB is one of the most popular rappers in today's HK hip-hop scene. Don't confuse him with Justin Bieber or BlocBoy JB, the multi-lingual Filipino-Hong Kong rapper is fluent in Cantonese and has been integral to Hong Kong's growing hip-hop scene for many years. Last year, JB gained Internet virality with the videos for "點解咁撚肥 (This Guy Why So Fat)" which has achieved over 400k views on YouTube, and "潮共 (Chiu Gung)," which has nearly a million views. His most recent song is "DIFFERENT" which has already racked up over 20k views - albeit released less than a week ago.

Young Hysan is one of the most exciting young rappers in the city's burgeoning hip-hop scene. Fresh off the release of his 'No Feelings' EP, Hysan’s experimentation with psychedelic trap has garnered him a plethora of fans out of Hong Kong and East Asia, with over 200,000 YouTube views on his own channel over just a handful of releases. He is also the leader of Cantonese underground rap sensation/boy band The Low Mays - 米奇老味神奇屋, a hyper-controversial and polarizing group that has a cult following unlike any other. In the last two years, they have performed a handful of sold-out shows in HK.