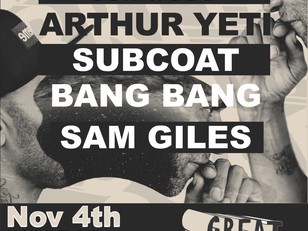 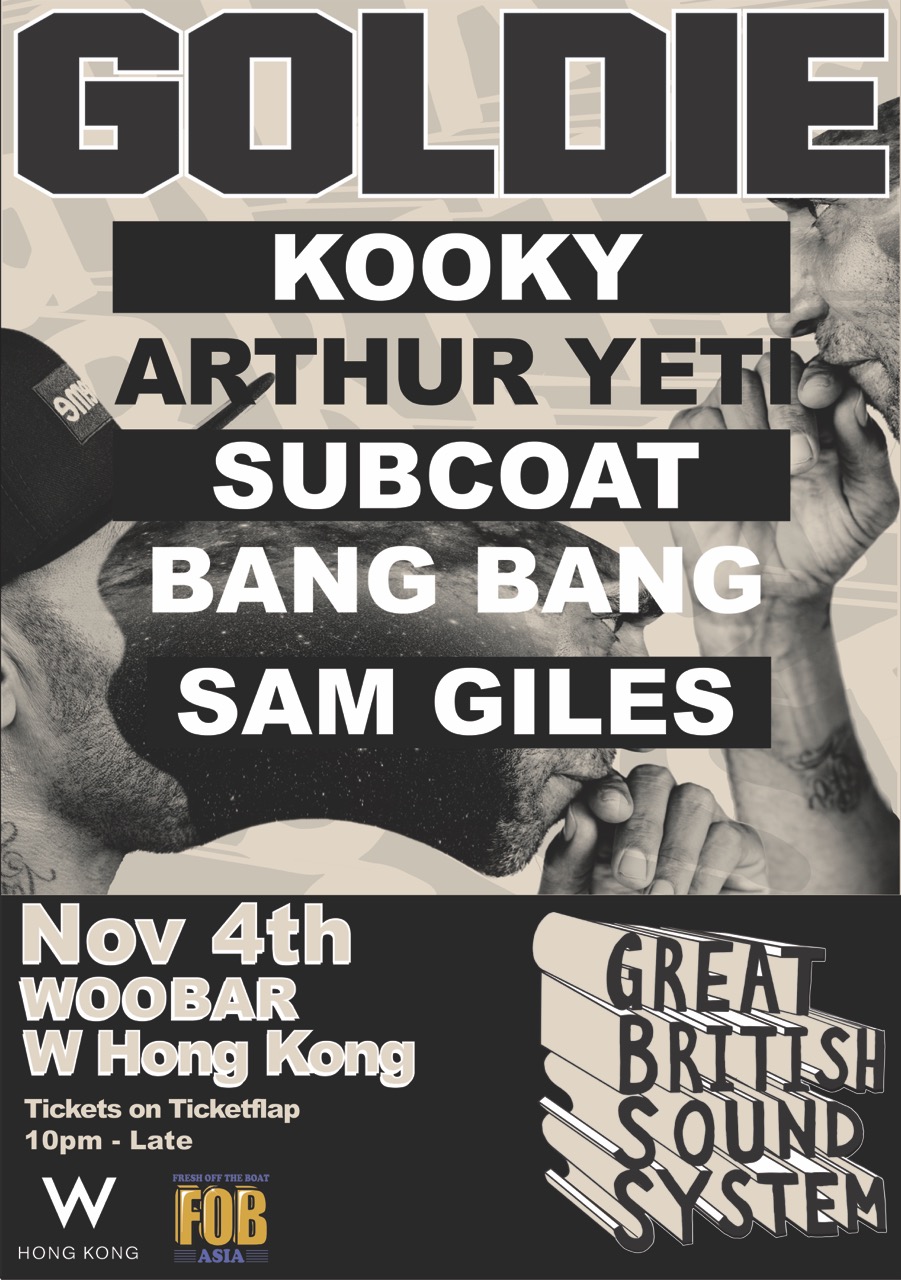 FOB is proud to announce its latest Sub Brand - GBSS

We are excited to announce Goldie and special guest shall be performing an influencer set of House, D'n'B, Disco, Jungle and Hip Hop Friday, November 4th for the evening of W Hotel’s “Urban Heritage”, an installment of their “Off the Record” music and art festival, and the official launch of “The Great British Sound System”.

Great British Sound System is set on exporting only the best of the British underground music culture. There has always been this appreciation of music and one of the greatest strengths of the nation. We want to spread this love of music from all walks of life and genres across the seas. GBSS will be launching this November with the legendary DJ Goldie.

GBSS will be stopping in Hong Kong with strong local supporting line up, and is set to be a lot of fun!

His first taste of ‘Jungle’ and its energy left him wanting more. True to form he put himself in the driving seat and created the incredible and hauntingly dark tune, ‘Terminator’ in 1992.

In February 2016 he received his most important accolade to date, he was made an MBE by the Queen of England. As reported by the Independent; “The performer and musician, who helped put the underground sounds of drum and bass and jungle on the mainstream map described the honour as “a bit of a shocker” but said it was “a very beautiful thing to happen”. He also called for more support in the arts, which he credited with saving his life”.