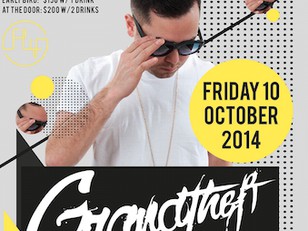 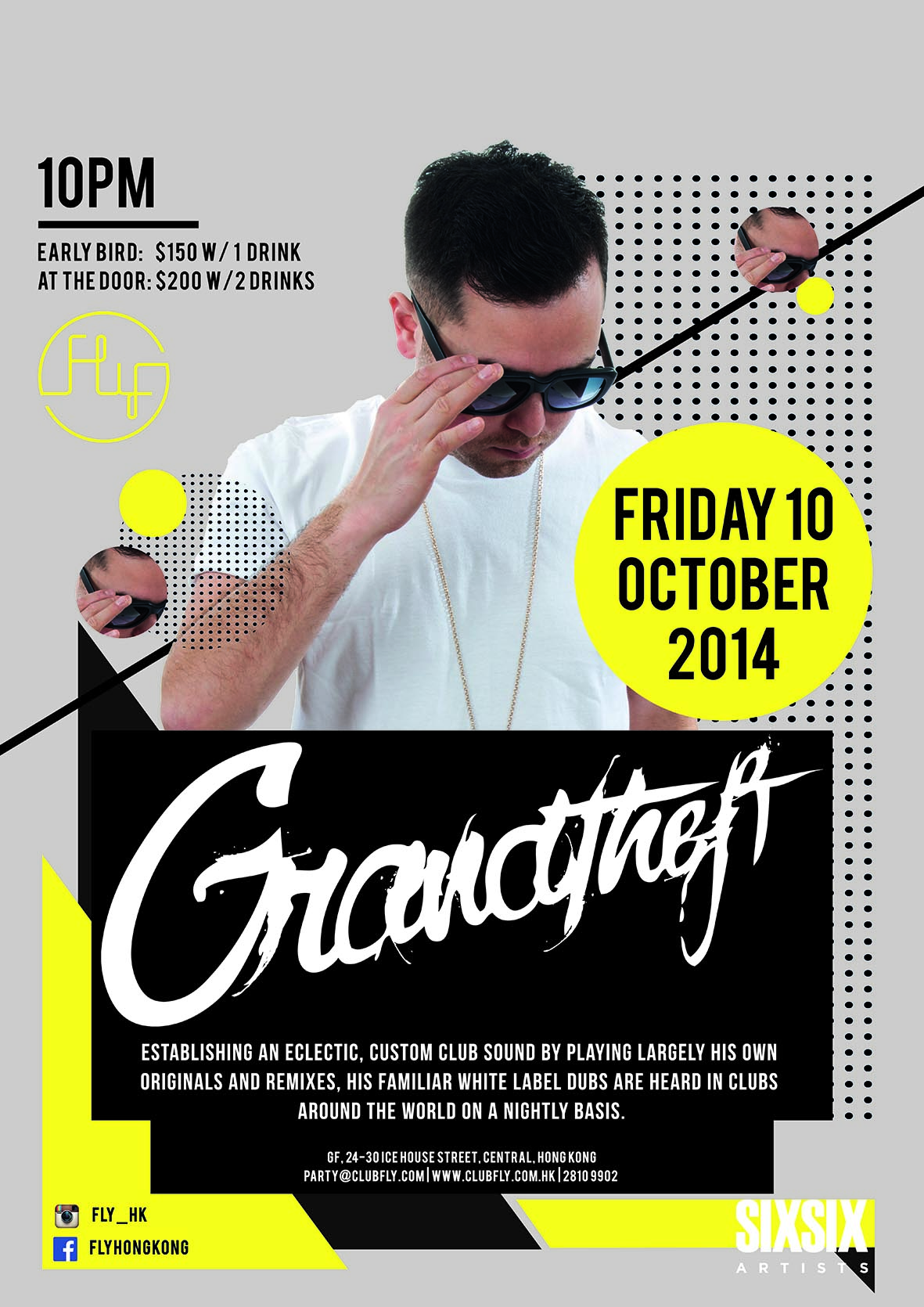 Grandtheft is a Producer/DJ based in Toronto, Canada.
Establishing a eclectic, custom club sound by playing largely his own originals and remixes, Grandtheft has slayed clubs worldwide and is respected as one of the best live DJs Canada has to offer. The music he produces is varied beyond categorization, except to say, it seems to move people. Grandtheft's productions have garnered heavy supportfrom the likes of Diplo, Major Lazer, A-Trak, Flosstradamus, Skream, Zeds Dead and BBC debuts from Annie Mac and Mista Jam. On tour 150+ dates in 2013, Grandtheft kicks off 2014 with a Las Vegas residency at Surrender and tour dates across North America. His remixes and manic live sets have also led to being booked to support countless big acts and being hand-picked by stars to supply the soundtrack for their private events. In 2012, Grandtheft collaborated with Diplo to remix Calvin Harris and Florence Welch's hit "Sweet Nothing". Released on Ultra, the remix became a worldwide smash in and of itself, garnering over 4 Million plays on soundcloud and climbing to the Top 10 on the iTunes Dance Charts. This has led to more club hits with his 'Tuna Melt' remix for A-Trak/Tommy Trash (Fools Gold) and a remix of Machel Montano's soca anthem 'The Fog' with Major Lazer.
Grandtheft has released original records on Mad Decent, Spinnin, T&A, Top Billin and Plant. He's also delivered big remixes to labels like Fool's Gold, Ultra, Universal, Interscope, Atlantic and Dim Mak - including other official hit reworks for Major Lazer, Borgore + Waka Flocka, Steve Aoki, Grouplove and Drake. His Keys N Krates 'Treat Me Right' remix for Dim Mak hit #1 Electronic on Beatport and many of his tunes have attained the #1 spot on Hype Machine's blog charts. These remixes and his familiar white label dubs are heard in clubs around the world on a nightly basis.
www.facebook.com/grandtheftmusic
www.soundcloud.com/grandtheft
www.twitter.com/grandtheft
www.grandtheft.tv
Supporting Dj's:
Dj Seth supporting all night
At the door:
HKD $200 w/ 2 Drinks
Contact Host
View hosts events