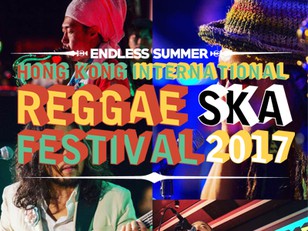 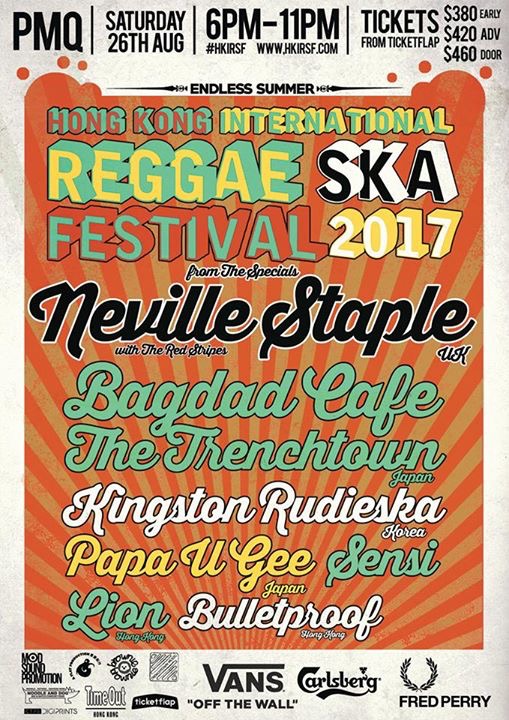 Endless Summer Hong Kong International Reggae Ska Festival is the cities biggest event and celebration of Jamaican music. After bringing some of Asia's top quality acts to Hong Kong it is now in it's third year with the biggest and most diverse line up to date featuring full size bands, selecters, soundsystems and great vibes in the heart of the city.

‘original rudeboy’ Neville staple is the legendary founding member of the specials, fun boy three and many other collaborations. Originally from Kingston Jamaica he drove to fame as part of the two tone movement in the uk mixing Jamaican ska with punk. Recently he has released original material as the Neville staple band and has played top festivals across the world including Glastonbury, godiva and many others

His recent album ‘return of judge roughneck’ has received rave reviews and we are delighted he will be headlining this year’s festival with a collection of tunes from his extensive catalogue with a full backing band (the red stripes). In the uk he is endorsed by dr. martens, lambretta and warrior clothing.

Bagdad Café the Trenchtown are japan’s top reggae act. Founded in 2001 they have released six albums featuring their signature ‘lover’s rock’ style. with a full nine piece line up the band have played extensively across asia and are one of the longest staples of the Japanese reggae scene. In 2008 they performed at the fuji rock festival and we are delighted to be bringing them to the city for the first time as they perform tracks from their latest album ‘everlong’ and beyond.

Formed in 2004 kingston rudieska are one of korea’s most famous full size bands and have a blend of first wave ska, traditional calypso and mento styles delivered with high energy. They have released four critically acclaimed albums internationally and their recent album ‘everyday people’ has been internationally recognized as a classic of Asian ska. They have been known for collaborations with famous Korean musicians such as bobby kim, YB and Sim Soo-bong. They have played at many festivals in korea and further afield and we are excited to bring their first show to the city.