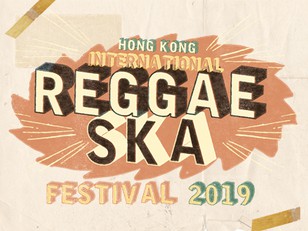 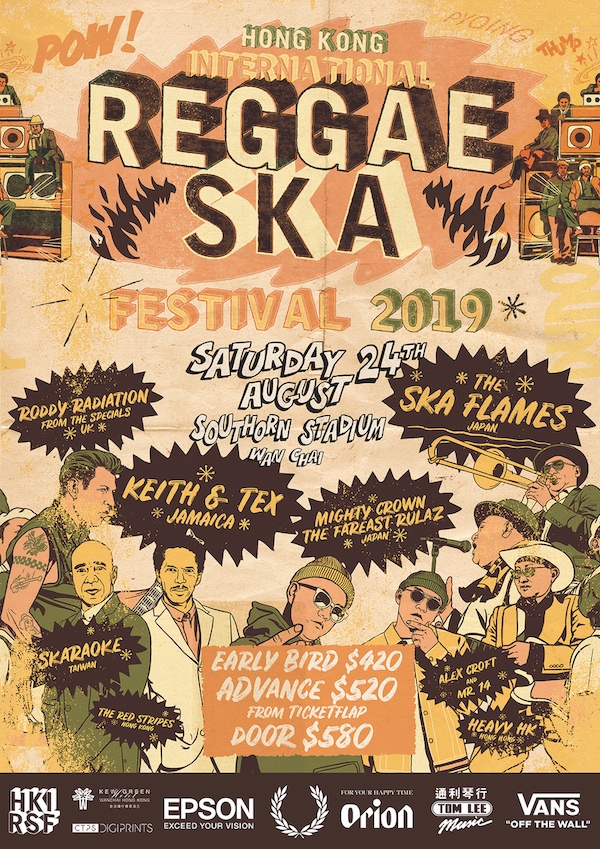 Genuine Reggae and Rocksteady legends Keith and Tex were conceived at the height of Jamaica’s emergence onto the world music scene in 1966 with classic Trojan record releases ‘Stop That train’, ‘Tonight' and 'Don't Look Back'. Creators of the bridge between Ska and Reggae ‘Rocksteady’ they are still performing today and have performed at top events such as Sierra Nevada Festival, Jam Splash, the London International Ska Festival and recently alongside Ziggy

The Ska Flames are the original, most successful and popular J Ska band and have recently celebrated their 30th anniversary. Their first album ‘Ska Fever’ set the benchmark for the huge scene to follow . In turn they played sets with and brought to Japan some of the world’s top Reggae artists including Prince Buster and The Skatalites and have recorded with Laurel Aitken, Lester Sterling and Roland Alphonso.
Their latest album ‘Turn Up’ was a return to top form featuring high energy cuts with a genuine first wave Ska feel and production and has kept the legendary Ska Flames on the road in Japan and beyond.

They have performed numerous times on the main stage at Fuji Rock and their 14 piece live stage act is legendary in asia and internationally. We are delighted to bring these enigmatic instigators to Hong Kong for their first full size set in the city!

Mighty Crown are the undisputed rulers of not only Japanese and Asian soundsystem culture but also world Dancehall having been crowned World Clash champions five times They have performed at the world’s top reggae festival ‘Rototom Sunsplash’ numerous times, the ‘Jam Rock Reggae Cruise’ curated by Damian Marley and Summer Sonic: Japan’s biggest music and arts festival. The Mighty Crown brand has worked with numerous top designers, collaborated recently with Drake and is a home for Japanese Reggae culture. They will be bringing some big vibes to the main stage for their first ever clash in Hong Kong!

Roddy Radiation (The Specials) (UK)
Roddy Radiation is the original lead guitar player and writer with legendary 2 Tone Ska pioneers The Specials. Formed in 1979 this year sees the 40th anniversary of the movement which changed the musical landscape in the UK and beyond. From original album ‘The Specials’ to ‘More Specials’ and other Specials collaborations Roddy Radiation added the essential Punk attitude and rhythm which shaped the 2 Tone sound. His recent album with Neville Staple (also The Specials) ‘Rude Rebels’ received critical acclaim and we are delighted to be bringing the master of Punk Ska to Hong Kong for the first time!

Skaraoke (Taiwan)
We are excited that the brilliant Ska vibes of Skaraoke from Taiwan will be opening this year's festival in celebration of our fifth year! They were the headliners on the first ever HKIRSF and we are delighted that they are bringing their big band, high octane first wave Ska style and swagger to this year's event!