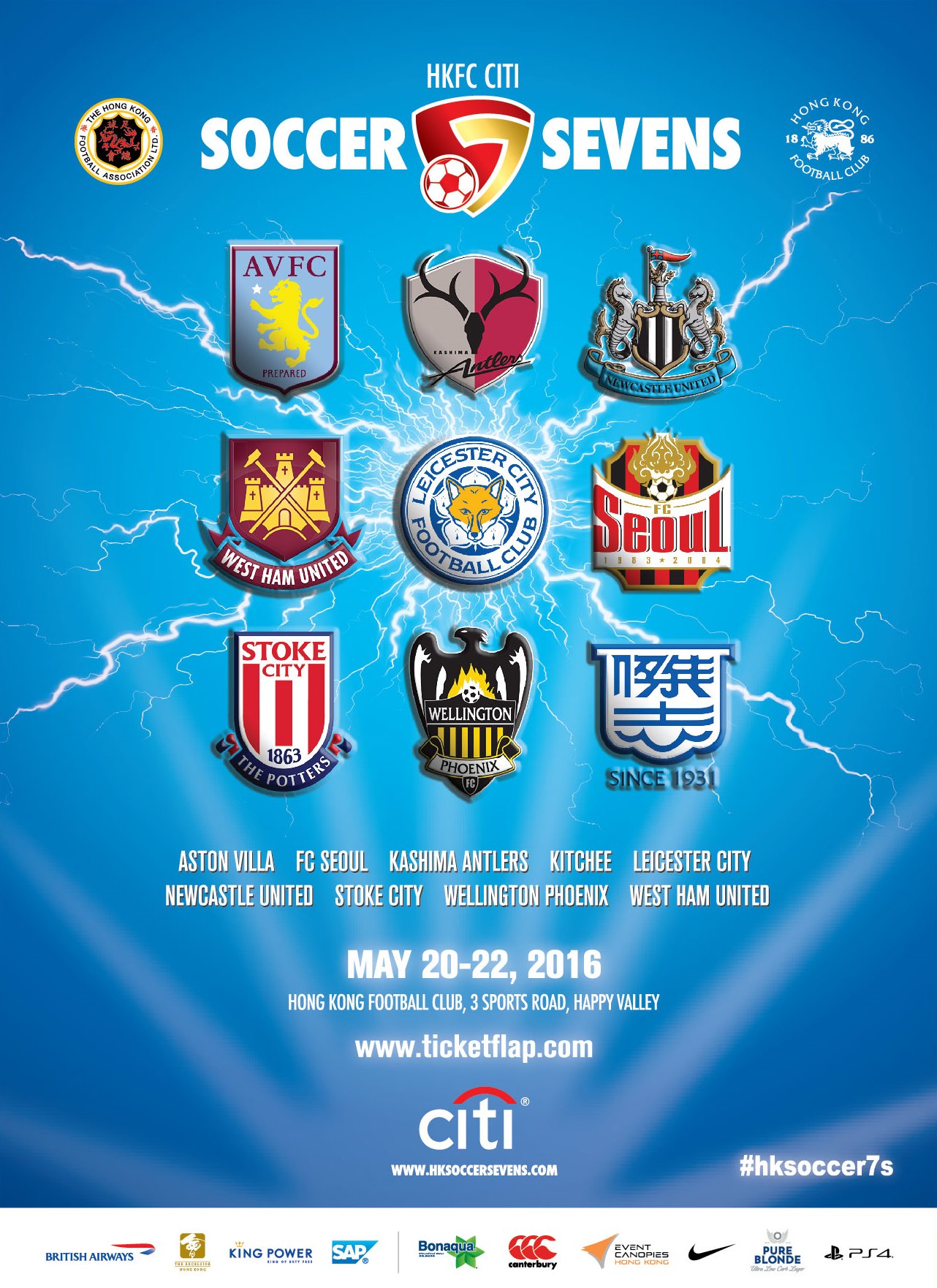 <Exclusive Offer> Pay with your Citi Credit Card and input the first 6 digits of your credit card number into the promo code box to receive a 40% discount!

<Exclusive Offer> Pay with your Citi Credit Card and input the first 6 digits of your credit card number into the promo code box to receive a 40% discount!

Free entry for all on Friday May 20th

Free entry for children 16yrs and under all weekend

Free entry for HKFC members via the main entrance all weekend

Held over three days at the end of May, the event features a 16-team Main Tournament as well as a 10-team Masters Tournament.

England’s Aston Villa are the most successful side in the Main Tournament having lifted the trophy on five occasions and the English Premier League side will return this year along with Leicester City, Newcastle United, 2015 runners-up West Ham United and Stoke City, as well as Japan’s Kashima Antlers and New Zealand’s Wellington Phoenix.

Kashima, who reached the quarter-finals on their last appearance in 2004, are the first Japanese representative to feature at the HKFC Citi Soccer Sevens since 2008 after compatriots Urawa Red Diamonds, who claimed back-to-back Main Tournament wins in 2005 and 2006 before winning the Shield two years later.