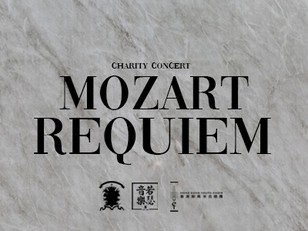 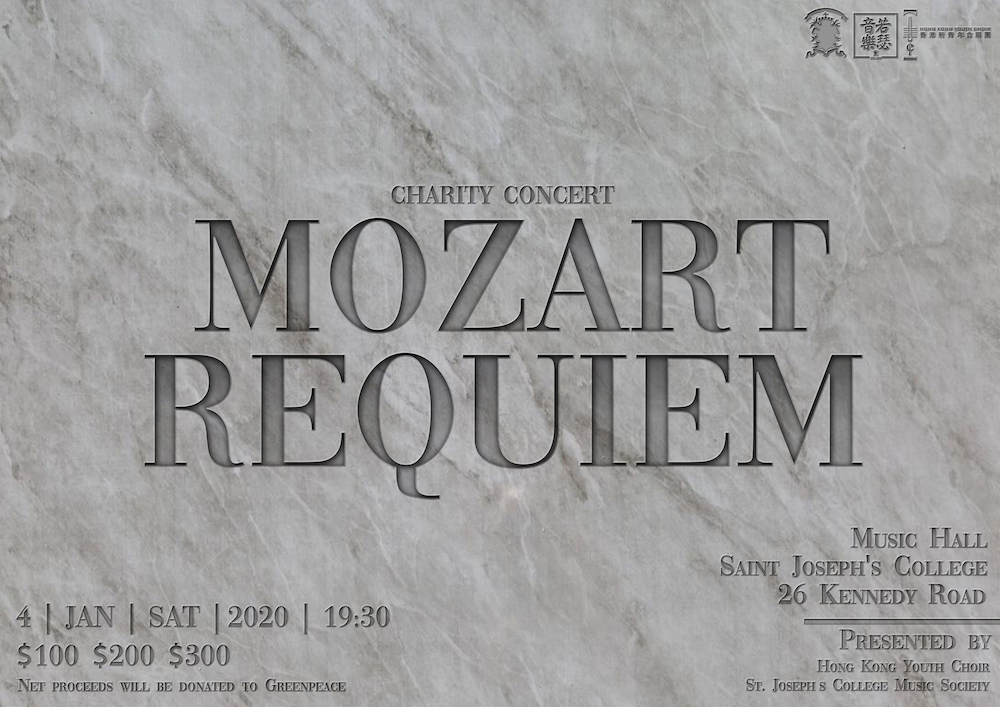 “As death, when we come to consider it closely, is the true goal of our existence, I have formed during the last few years such close relationships with this best and truest friend of mankind that death's image is not only no longer terrifying to me, but is indeed very soothing and consoling.”

- Mozart wrote to his father Leopold, four years before his death

Famous as it has always been, Mozart’s Requiem is grave, painful, pathetic, yet solemn and transcendent, not least with all the mysteries that surround this magnum opus.

It all began by a stranger’s commission from a stranger in some rocky times in Europe, with French and Russia kept threatening the already fragile Holy Roman Empire, where Austria -- Mozart’s homeland -- was in. Most scholars were clear on the fact that the “stranger” was Count von Walsegg, who wanted a funeral mass for his deceased wife. Count Walsegg even wanted to have the work be counted as his own. This did not work out well, for it was eventually Mozart and the name of Franz Xaver Süssmayr that left the musical mark.

Mozart was not in a good shape back then. His health was failing, his finances was not healthy and his connection with the Freemasons casted shadows on his popularity. According to some accounts, he thought he was cursed to write a “swansong” as death was imminent to him. As we all know, he died before completion and the work, after a Joseph Eybler, was passed to Süssmayr, the second choice for the widow Constanze Mozart in completing the work.

For Constanze it was a financial deal. She would need to have the work completed for the money. Eventually she sold the piece five times to various parties, Count Walsegg included, and earned a handsome 300 ducats (possibly around USD 16000 today).

For Süssmayr, the situation went murkier. He tried to mimic Mozart’s handwriting, even forging an impossible signature of “di me W.A. Mozart mpr. 792”, but Mozart had already died a year before. Setting aside from Süssmayr’s integrity, to what extent he completed the work remains a topic for perpetual scholastic debates, ranging from a documentary research approach or stylistic analysis approach. Most did agree that Introitus and Kyrie were fully composed and mostly orchestrated by Mozart, while as the piece proceeds, Mozart’s contribution became scanter and more by Süssmayr. Movements after Offertorium were certainly from Süssmayr, though some also asserted that he might have worked from some “scant notes” which left thematic clues from Mozart --- something Mozart’s widow claimed at least but never scholastically substantiated.

The instrumentation was dark in tone colour. Beside the strings and continuo, trumpets and trombones took the solemn and resounding part, while the wind part was coloured only by bassoons and basset horns. The standard flutes, oboes, horns were missing. From this, musical implications stem in here and there, sourcing from Renaissance and Baroque materials and tangling with the liturgical text that always stun and transcend the listener. In light of this, even though we may never find out the truth on the work with tales looming, the overwhelming force of the piece does cement it as an everlasting masterpiece. After hearing Mozart's death, Haydn declared, "Posterity will not see such a talent again in a hundred years!" This has been valid after hundreds of years, both the piece and the musician himself.

We are dedicating the performance to the ones who passed away in these turbulent times. It would be a moment of serenity for the exhausted souls in our beloved city. With challenges or even omens of death on our way in pursuit of goodness, we are sure that Mozart’s Requiem does prompt us to rethink on how real and gripping our lives can be.

Net proceeds will be donated to Greenpeace