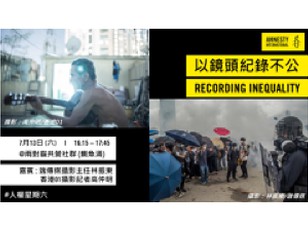 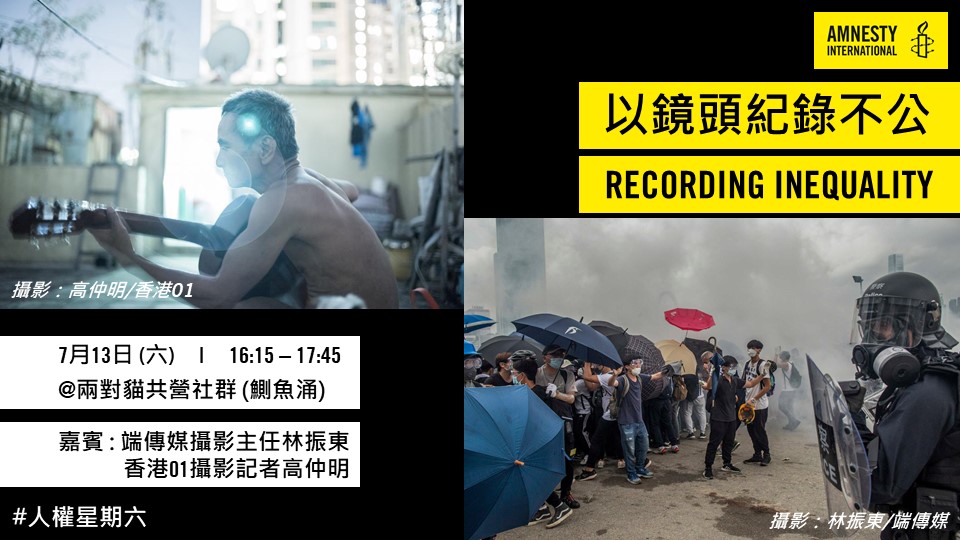 It takes a simple click on a button to take and share a photo in a digital era where everyone has a smartphone or camera. But have you ever imagined capturing the marginalized, the unseen individuals and communities hidden in the shadows through the camera lens -- and bringing them to light?

Words and images in news reports we read every day shape our perception of our society. When a single group or a single voice can dominate the news stream, eventually, our perception of the world will be manipulated. Through the force-feeding of a single opinion, we will forget to question our reality and forget to seek out different perspectives. In the end, everyone will conform to a homogenous social reality. In the Human Rights Saturday in July, we are honoured to have Lam Chun Tung and Ko Chung Ming, photojournalists who are devoted in documenting political and social issues in Hong Kong to share their experience on using photography to advance human rights and social issues, and the obstacles that journalists face in recent years when space for freedom of expression is shrinking.

About the speakers
Lam Chun Tung: Current Director of Photography at Initium Media. Before his current position, he also held positions at The Sun, Ming Pao, AM730 and HK01. Lam has won numerous awards of
photojournalism. Additionally, he served as the Chairman of the Hong Kong Press Photographers Association from 2011-2012. Since 2014,
he has collaborated with the Society for Community Organization and Unison to launch photo exhibition and book projects including “We Live”, “She says - photographing ethnic minority women of Hong Kong”, and “Prisoner” to document stories of the elderly, ethnic minority and
prisoners.

Ko Chung Ming: Photojournalist of HK01. Ever since beginning his career
in 2001, he has worked for various press media including Next Magazine. He has also worked as a volunteer photographer of Oxfam for a period of time. Ko was the winner of the “Focus at the Frontline” Photo Competition Feature, Portraits and Photo Essay categories in 2002, 2007 and 2015 respectively, and the 2012 WYNG Media Award, featuring homeless people and poor households. Recently, in 2018, Ko has published a photo collection about Tanzania in collaboration with Oxfam and Zero workshop.