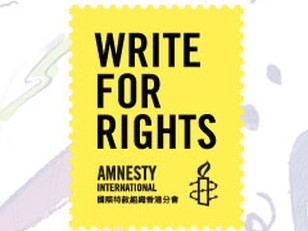 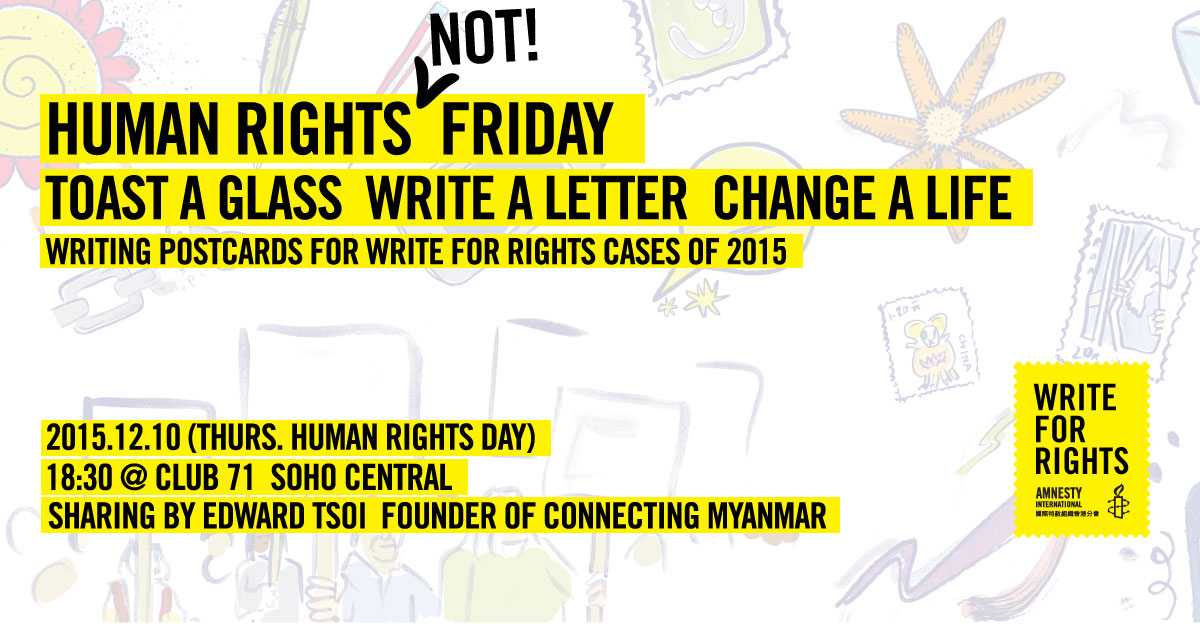 On 10 December 1948, the United Nations published the Universal Declaration of Human Rights. Since then, the UN has declared the 10th of December as International Human Rights Day.

67 years later, there are still individuals and communities who have their rights violated. From a government enforced disappearance of a human rights lawyer in China to deteriorating online freedom in Malaysia to massive crackdowns on student groups which organizing peaceful protests in Myanmar, the road towards reinstating human rights has a long way to go.

We have moved Human Rights Day this year to Thursday, 10 December 2015. Join us as we toast to freedom and use our freedom of speech to support the cases of our Write for Rights this year.

We have also invited Edward Tsoi, the founder of Connecting Myanmar to our event to share with the audience the current situation of forced evictions and the refugee crisis in Myanmar.

Cases for Write for Rights this year: