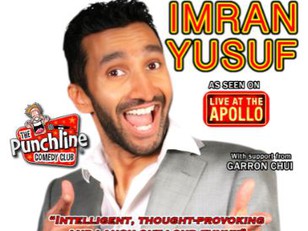 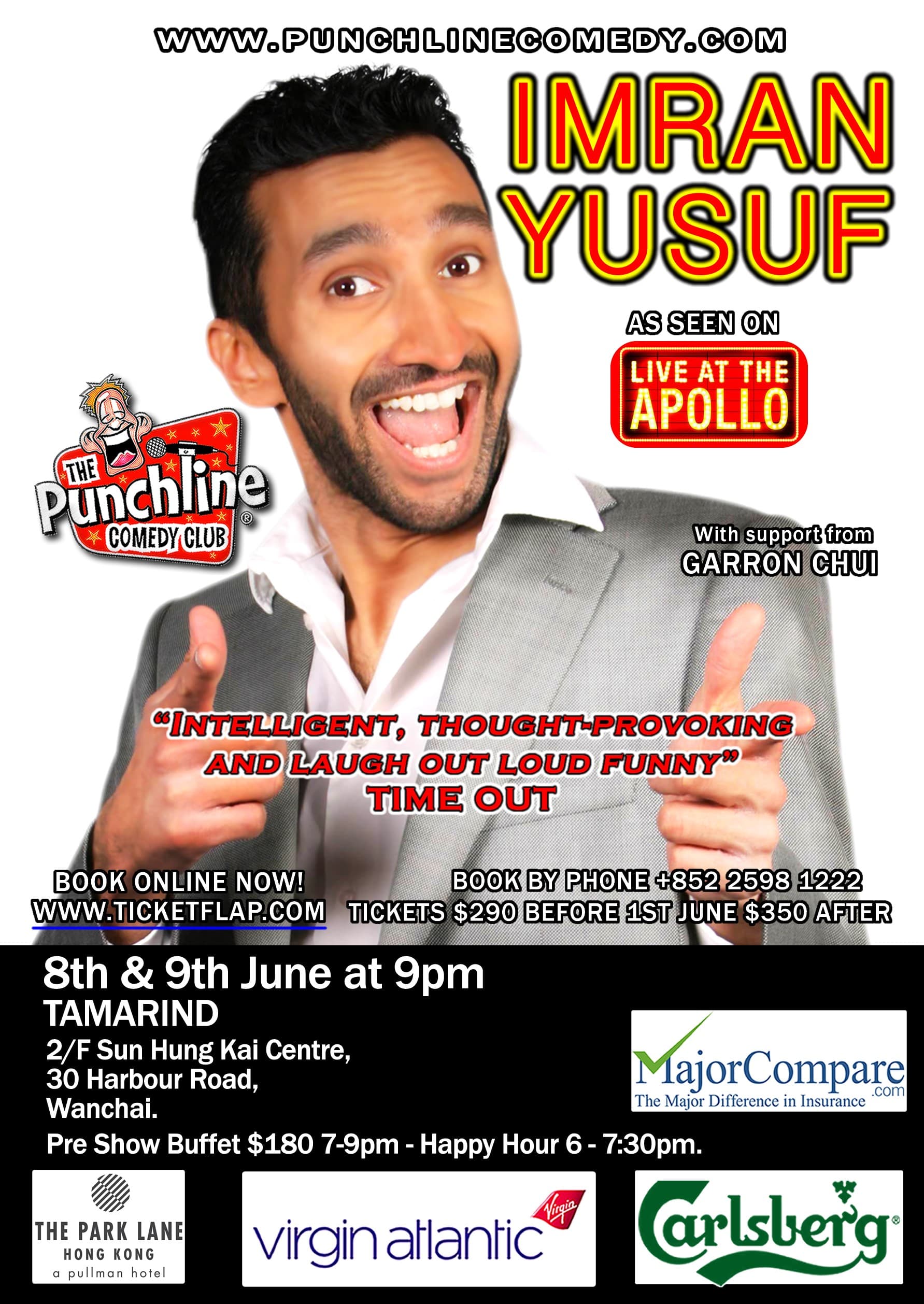 Imran Yusuf is renowned for his stinging, lyrical street-slang verbiage and super-high energy performance. Fast and furious yet charmingly endearing, his is a unique voice on the comedy circuit.

Born in Mombasa, Kenya and raised in the UK with a brief stint at school in the USA, Imran has travelled much of the world including Israel/Palestine, Jordan and Saudi Arabia during the Lebanon Crisis in 2006. His work has been inspired by this rich multicultural background, giving him a youthful, energetic and highly original voice that embodies the multi-cultural wealth that exists in modern Britain. He seamlessly switches between styles with graceful fluidity, repeatedly delivering heavy-weight punch lines with enormous panache. His seemingly light-hearted satire is mixed with hard-hitting topical commentary on contemporary issues that culminate into a tour de force of comedy offering an all-embracing sentiment in his trademark styling.

Imran’s initial ambition was to become a video games designer and after working for some of the top companies in the world, his creative aspirations finally gravitated towards the world of stand-up comedy. Following a period of clinical depression when he was 25 he set out to reclaim his life and career through unwavering self-belief, outrageous ambition and incredible hard work. Over the last few years he has won over the hearts and minds of a very broad audience, illustrating that absolutely anything is possible.

In 2010, Imran presented his debut solo show at the Edinburgh Festival Fringe. The show, An Audience with Imran Yusuf, was part of the Laughing Horse Free Festival and it was Imran’s intention to develop his craft and material at the Fringe whilst at the same time keeping under the radar of the UK Comedy Industry and Press. However, word about the show got out and within a week Imran had gained the first of a collection of 5 star reviews, which led to him being nominated for Best Newcomer in the Fosters Edinburgh Comedy Award 2010 (He was the first performer from The Free Festival to be nominated in the history of the Awards). All of this whilst fasting between sunrise and sunset in observation of Ramadan.

Imran’s TV debut was also made shortly after the festival appearing on Michael McIntyre’s Comedy Road Show (BBC1) and the Edinburgh Comedy Gala (BBC3) broadcast in September 2010.“Imran Yusuf's show heralds the birth of a new comedy star” Time Out