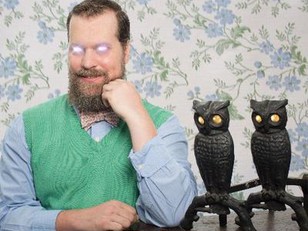 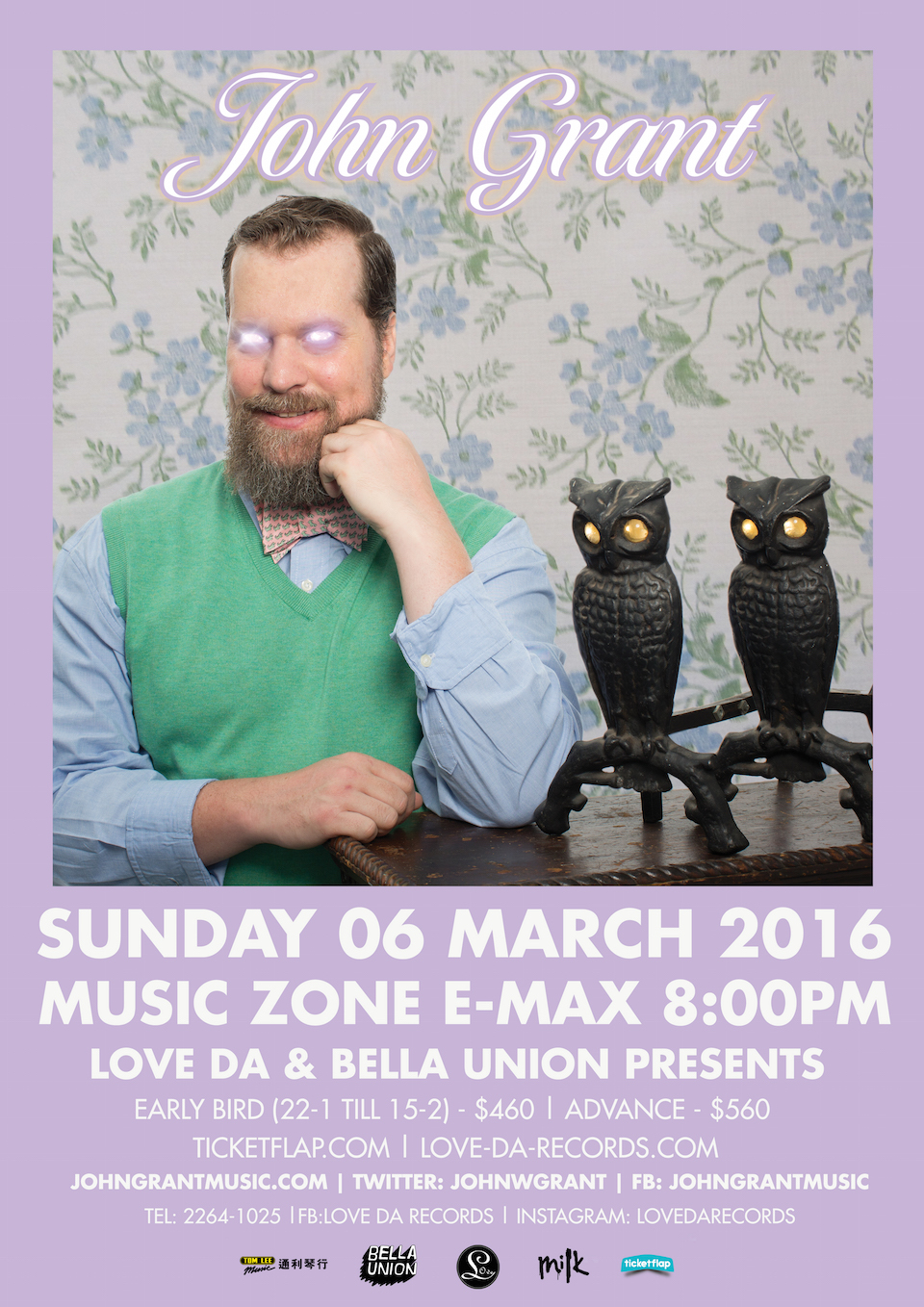 l   He is acknowledged by high-profile and legendary musicians and artists such as Elton John and Sinead O'Connor.

l   Selected as album of the year by the holy grail of record stores which none other than Rough Trade Records.

l   It is John's very first Asia tour with only 2 limited stops, one of them being Hong Kong

Born with the gift of an alluring voice, John Grant depicts his life-experiences and vision in his music, staring as the ex-main vocalist of Sadcore/Dream Pop band “The Czars”, he has come a long way till now being one of the bestselling artist of acclaimed independent label “Bella Union”, spreading his invigorating and curative vocals to all his fans around the world. In-conjunction with the promotion of his newly released hit album “Grey Tickles, Black Pressure”, John Grant has set out on a tour in Hong Kong presented by Love Da Records and Bella Union on the 6th of March for the very first time in history!

Since the break-up of alternative rock band “The Czars” back in 2004, John has pursued a solo career which wasn’t exactly a smooth sails, persevering through battles with drug and alcohol abuse and struggles with personal issues, John had overcame it all releasing his very first solo album “The Queen of Denmark” which was a pinnacle of his vocal and musical prowess. His second solo album “Pale Green Ghosts” also bolstered him to be nominated as “The Best International Male Solo Artist” in the “Brit Awards” alongside Bruno Mars, Drake, Eminem and Justin Timberlake. John’s latest album “Grey Tickles, Black Pressure” has been charted top 10 in the British album chart, as well as being recognized in news and other media such as “The Guardian” and “Rough Trade” as the best album of the year.

Asides from being a solo artist, John has also collaborated with many well-known artists in different genres such as Sinead O’Connor, Rumer, Tracey Thorn (Everything But The Girl), Midlake, Amanda Palmer (The Dresden Dolls), Hercules and Love Affair, he has also recently translated Iceland Musician Ásgeir’s song lyrics to English.

For the past couple of months, John has already completed tours for many cities in the UK and his next stop is Shanghai and Hong Kong being the only 2 shows in Asia. This is a one and only opportunity to experience one of the most angelic male voices of the 21st century, don’t miss it!