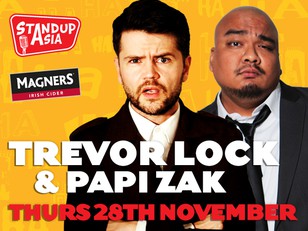 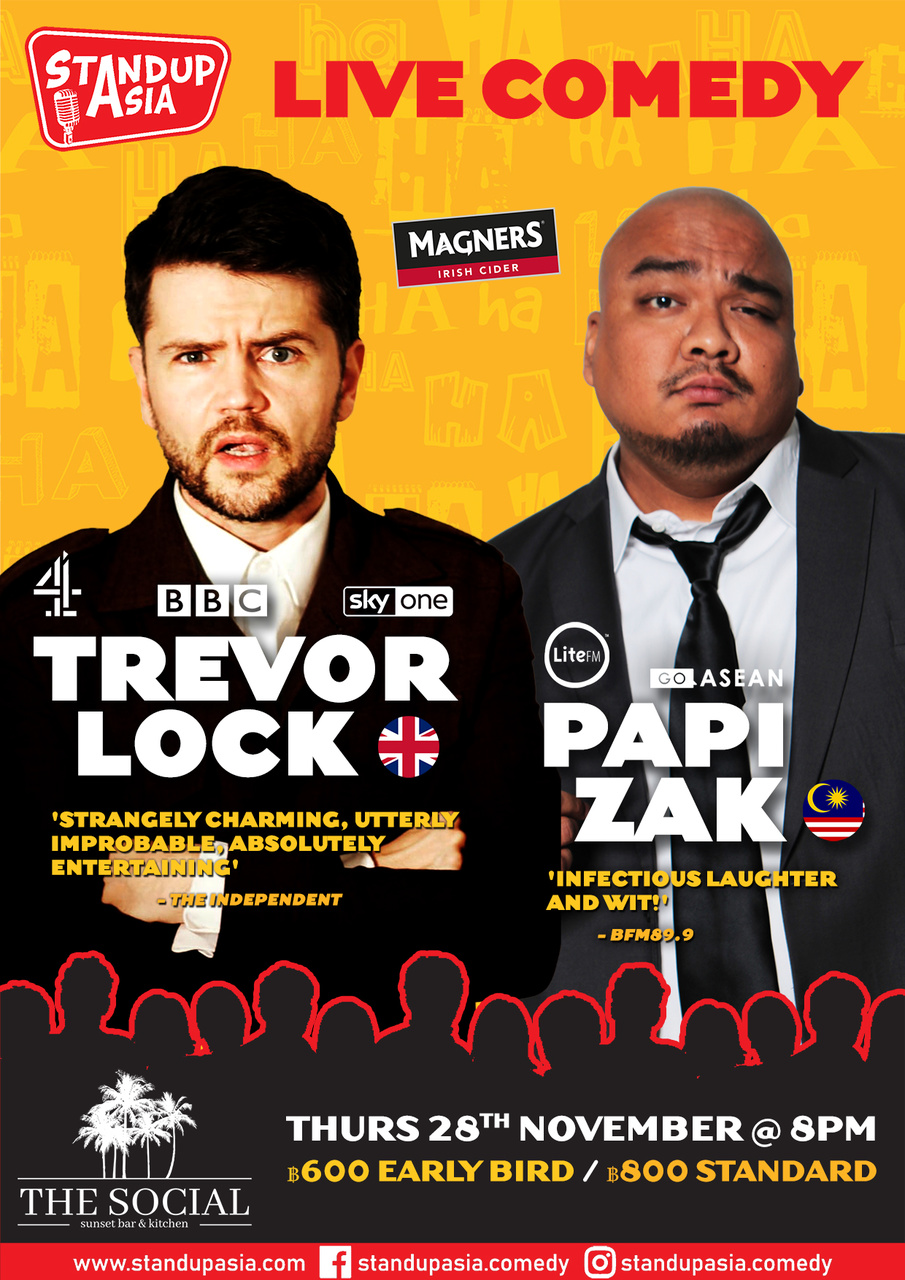 Standup Asia is proud to bring another rapturous night of live comedy to Koh Samui!


Featuring master of surreal comedy Trevor Lock and supported by Malaysian queen of comedy Joanne Kam, this one-night only show promises to be a visceral treat to the senses, tickling your funny bone and other nether regions.


At The Social Samui, tickets are 600THB for early birds and 800THB at the door!


“The Most fun you have without taking your clothes off!”


Known for his surreal flights of fancy, Trevor Lock is a veteran of the comedy scene with close to 20 years of experience. Having toured with legends Stewart Lee and Russell Brand, Trevor is known for his stream of consciousness comedy where he takes audiences on whimsical journeys of improvised absurdity. The Scotsman once described Trevor as ‘funny, moving, and clever’, with the Irishmen saying the same.


Besides writing for, directing, and acting in various UK television and radio projects, Trevor followed in the footsteps of the Dalai Lama, Stephen Fry, and Kermit the Frog in addressing the world famous Oxford Union, where he sought to disprove the oft-quoted ‘I think, therefore I am’ by pouring a glass of water over his head.

Having firmly established himself as one of the golden boys of the Malaysian comedy circuit, Papi Zak just happens to be the biggest comedian in Malaysia - by size.
Writing and performing stand-up comedy for over 12 years, he brings a quirky brand of humour to Koh Samui, with witty observations on the absurdities of everyday life, Papi Zak has worked in the production of various TVCs as well as on LiteFM and RedFM (Malaysia).
Tremendous in more than one way, Papi Zak's unique comedic stylings are enjoyed by people of all ages.