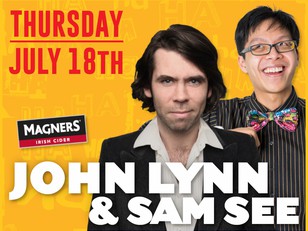 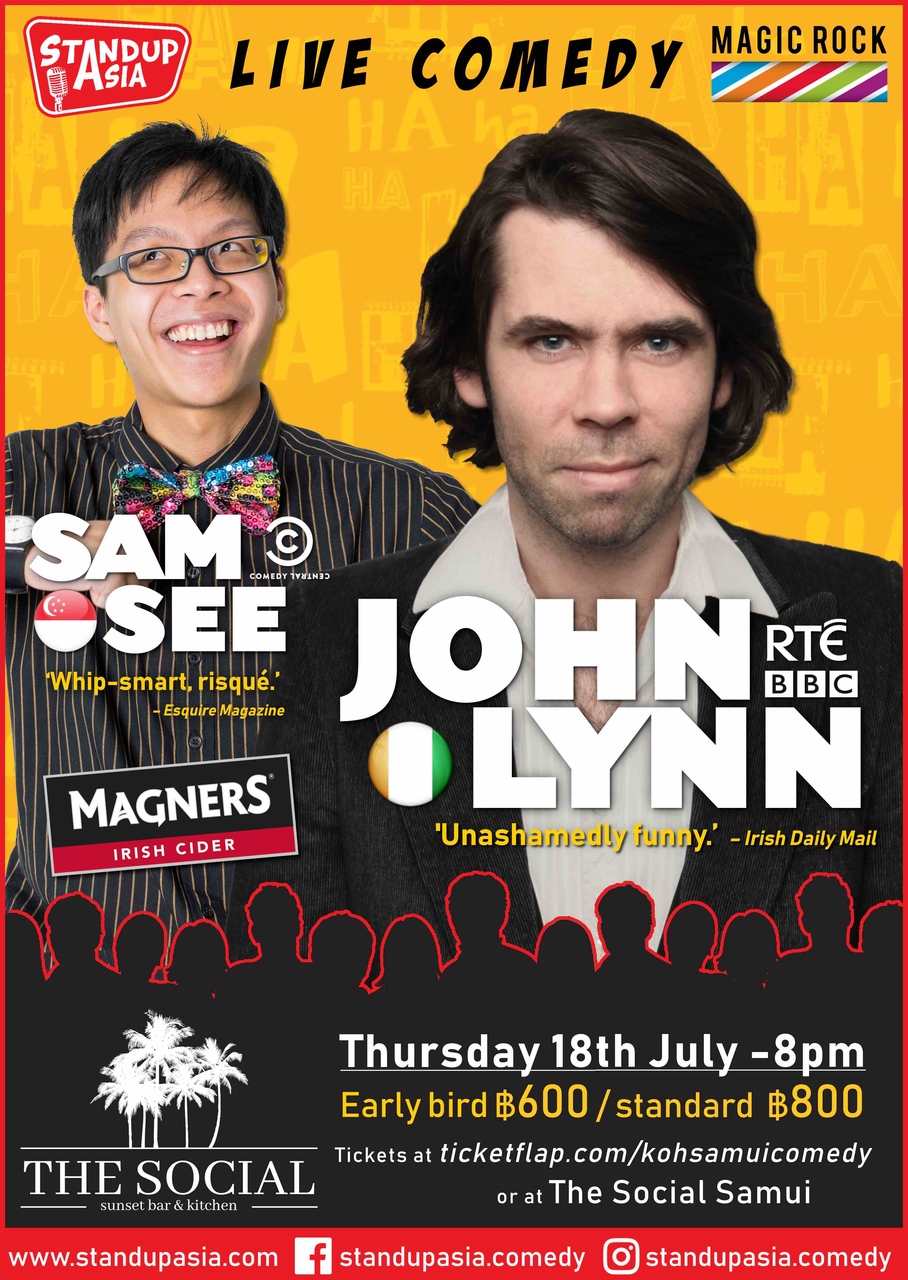 JOHN LYNN caught the stand-up bug after a visit to a comedy club in Dublin, ‘quickly discovering that making a clown out of himself wasn’t all that bad.’  With his laid-back delivery and natural stage presence, LYNN instantly made a splash in his native Ireland.  Within eight months of his first gig, LYNN appeared on RTE’s The Liffey Laugh, an unheard-of-feat for a newcomer.  Soon after being invited to join Irish star PJ Gallagher on tour, LYNN was starring alongside the legendary Tommy Tiernan, launching himself as a powerful performer in his own right.  Cementing his status in the stand-up world, LYNN accepted an invitation to perform at the prestigious invite-only Montreal Just for Laughs Comedy Festival, toured around South Africa, America, Europe, and the Middle East, and finally made his long-awaited debut at the Edinburgh Fringe with his solo show, Social Networking.  In addition, he joined Tom Stage on his nationwide tour playing to packed houses across the UK.  Don’t miss the eyeball popping intensity of this ‘rising star’ (Sunday Times) this July.

SAM SEE has entertained audiences from around the globe for over half a decade with his unique blend of jokes, stories, and improvised humour.  Based in Singapore, he has starred alongside world-class comedians, including Jim Jefferies, Dara O Briain, Bert Kreischer, Gina Yashere, and Kevin Bridges.  He has also headlined shows internationally in Australia, Hong Kong, Japan, Malaysia, Oman, the Philippines, and Thailand, just to name a few.  SEE has appeared on MTV, iflix, Comedy Central Asia, and The Jim Jefferies Show, and has been selected for numerous comedy festivals, including the Singapore Comedy Fringe Festival, Crackhouse Comedy Carnival, and Magners International Comedy Festival.  The future is very bright for this whip-smart comedian.  ‘Within seconds, he has the audience laughing, clapping, and clinging onto his every word’ (Rice Media).

Do not miss JOHN LYNN (Ireland) with special guest SAM SEE (Singapore)at The Social Samui on Thursday, 18th July.  Early bird tickets are available now for 600 THB.  Standard tickets will be on sale for 800 THB.  Tickets are available for purchase at the venue or online at: www.ticketflap.com/kohsamuicomedy

STANDUP ASIA is a part of Magic Rock, a Singapore-based company that organises comedy festivals and other events throughout Asia.  It has brought international headliner comedians, such as Doug Stanhope, Bill Bailey, and Phill Jupitus to vibrant, multicultural audiences across the region.  Event sponsors include Singapore Tourism Board, Clarke Quay, Hong Kong Tourism Board, and Westin Hotels & Resorts.  For more information, please contact Sammy Grill at: sammy@magicrock.com.sg |web: www.standupasia.com | facebook & instagram: @standupasia.comedy