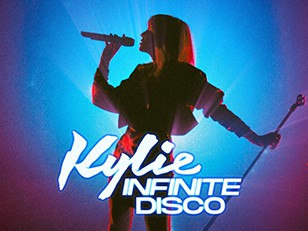 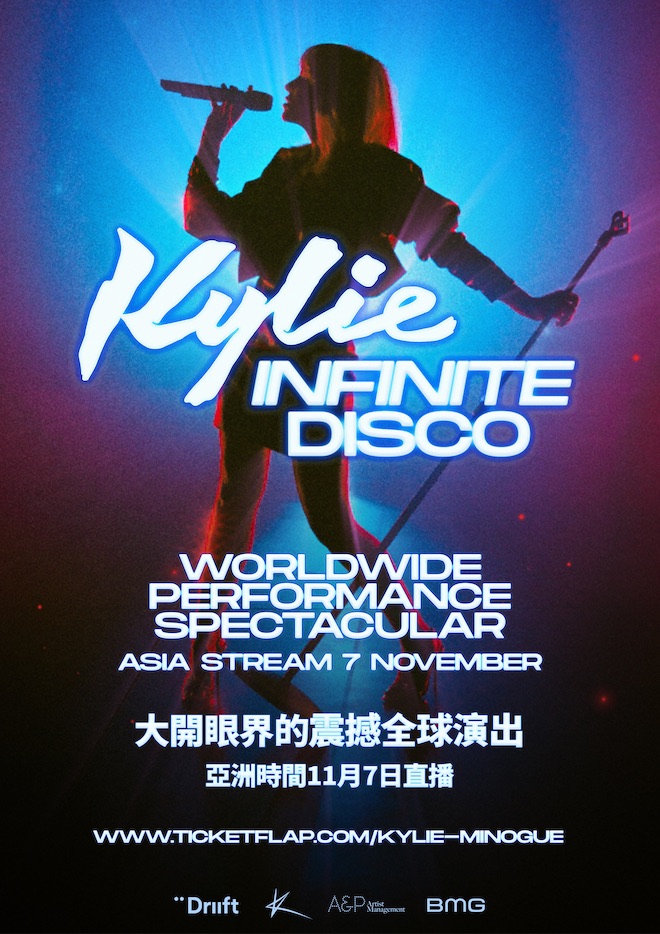 On Saturday 7 November (Asia) Kylie will stream a ticketed performance across the globe, taking fans on a journey inside her imagination to another dimension.

‘Kylie: Infinite Disco’ will take viewers through a parallel universe from solitary isolation to an alternative euphoric dance-floor community of togetherness. The visual world imagined by Kylie and the creative team at Studio Moross and Sinclair / Wilkinson ends in a future time and place where we can, in Kylie’s words, “all be as one again”.

The performance will feature many of the tracks on Kylie’s highly-anticipated new album, ‘Disco’, due out November 6 via BMG. As well as the new tracks, the unique broadcast will include some very special Kylie classics. The tracks have been specially re-arranged for this one-off event by long-time Kylie collaborators Biff Stannard and Steve Anderson.

‘Kylie: Infinite Disco’ is co-directed by Kate Moross and Rob Sinclair. The choreography is created by another long-time Kylie collaborator, Ashley Wallen, known for his work on The Greatest Showman.

“Kylie: Infinite Disco’ will not be available to view on demand after it has been streamed, and the only way to watch it will be to purchase a ticket.

The stream will commence  at 5 pm HKT/SGT on Saturday 7 November.