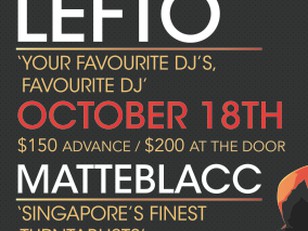 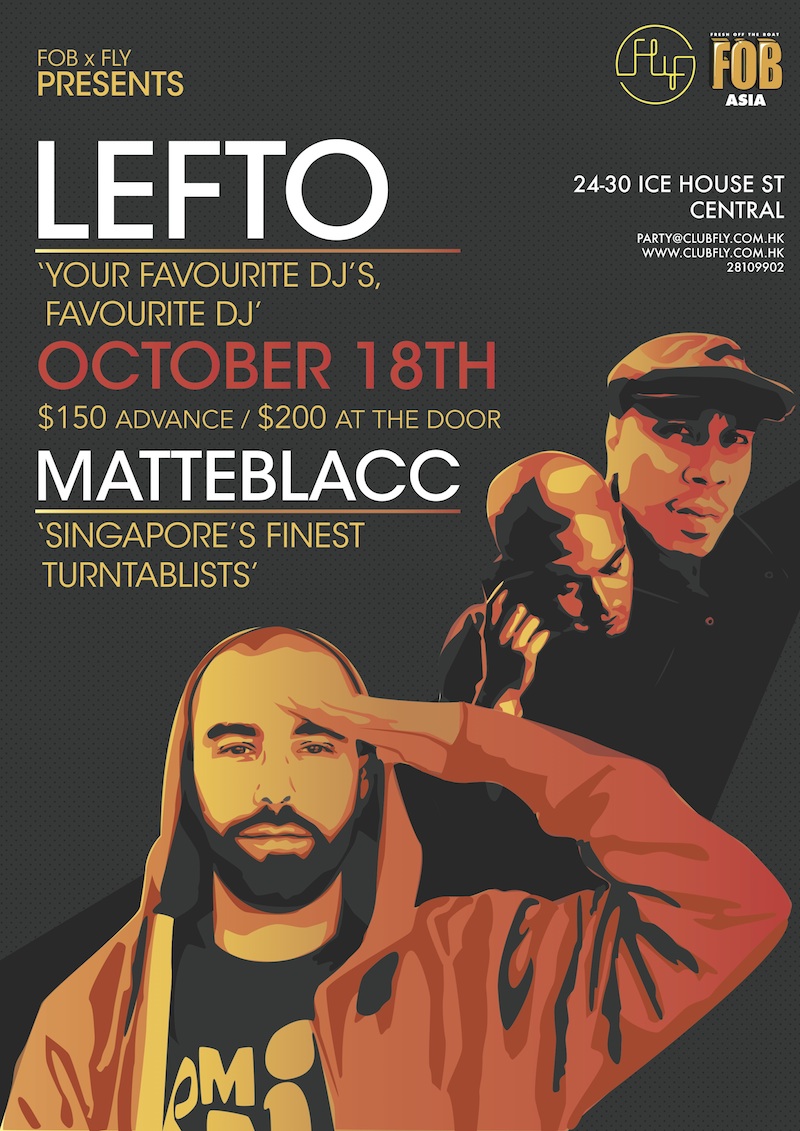 Lefto Bio:
Described by Fact Magazine as “your favourite DJ’s favourite DJ”, affiliated with Brownswood Recordings, Blue Note, !K7 Records, and one the most important tastemakers Europe has to offer. This bearded early riser is consistently a couple steps ahead of your average early adopter. He doesn’t wait for the next thing to land on his lap, he actively seeks it out, take a peek at one of his shows on Belgium’s foremost national radio station Studio Brussel which received compliments from Rough Trade Shops, Gilles Peterson and featured on MTV Hive.
However, don’t assume that he’s only working futuristic angles – no sir. Firmly rooted in jazz and hip hop, he sharpened his digging sensibility working at the now legendary Music Mania record store in hometown Brussels.His passion for jazz resulted in a remix album for Blue Note which was well received by the community and a mix for the famous Ninja Tune Solid Steel series.
Lefto is forever moving forwards but always got an ear in the past. Famed for his gloriously eclectic DJ sets, he switches effortlessly between genres. He’s not only a deejay and producer but also curates his own stage at the Dour Festival and his own nights in the Belgian city of Gent. World renowned, Lefto regularly blesses sound systems from Tokyo to Seoul , Singapore to Manila, Kazakhstan to Germany, San Francisco and Los Angeles. With residencies in Amsterdam, Paris and New York, the man is unstoppable.
The travel resulted in a compilation on Gilles Peterson’s Brownswood Recordings with DJ Simbad, a compilation for Universal Music, a couple releases in collaboration with Los Angeles based label 101 Apparel, and his latest compilation for BBE/Southport Weekender.
https://soundcloud.com/lefto
https://www.facebook.com/pages/LEFTO/97215208765?ref=br_tf
http://www.lefto.be/
http://www.mixcloud.com/leftooo/
Matt Blacc Bio:
The Matteblacc crew consists of three taste makers that have helped to shape the music soundscape in Singapore when it comes to soulful music, which include the original residents of Cocco Latte, The Butter Factory, Trybe Fridays @ Mimolette, Kinki Goes Urban, Velvet Underground / Zouk.
Matteblacc currently holds down residencies at all the hot spots around Singapore: their iconic classic Hip Hop monthly night, “Uptown Originals” at Butter Factory’s Art Bar, “Chillmatic” is a monthly party collab with The Cufflink Club, “Matteblacc x The Pelican Supperclub!”, "Dirty 30" & "Hold The Cheese Thursdays" at Kilo Lounge, "Selector" at Lime House, “Groove Therapy Fridays” at House of Dandy, "CUE: The Music" at Blu Jaz Cafe, to name a few.
As one of few outfits that champion quality soul inspired music, they have been instrumental in the movement back to better music in the night life scene. Working closely with other like-minded collectives like Pushin’On / Sideshow, Bedsty, CHROAM and collabs with DopeSG / Richtclicka in their series of “Secret Pop-up Parties” – they work hard to maintain a high standard without going pop.
Whether you are into straight up current or classic Hip-Hop and R&B, Neo Soul, Rare Breaks, Funk, Soul, Boogie, Dancehall, House, Tech House, or Nu Disco – these DJs will be doing it all in select places that are handpicked for those with a discerning ear.
http://www.matteblacc.com/
https://www.facebook.com/matteblacc
https://soundcloud.com/matteblaccmusic
https://twitter.com/matte_blacc
http://www.mixcrate.com/matteblacc