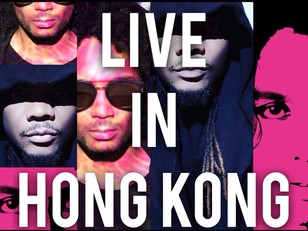 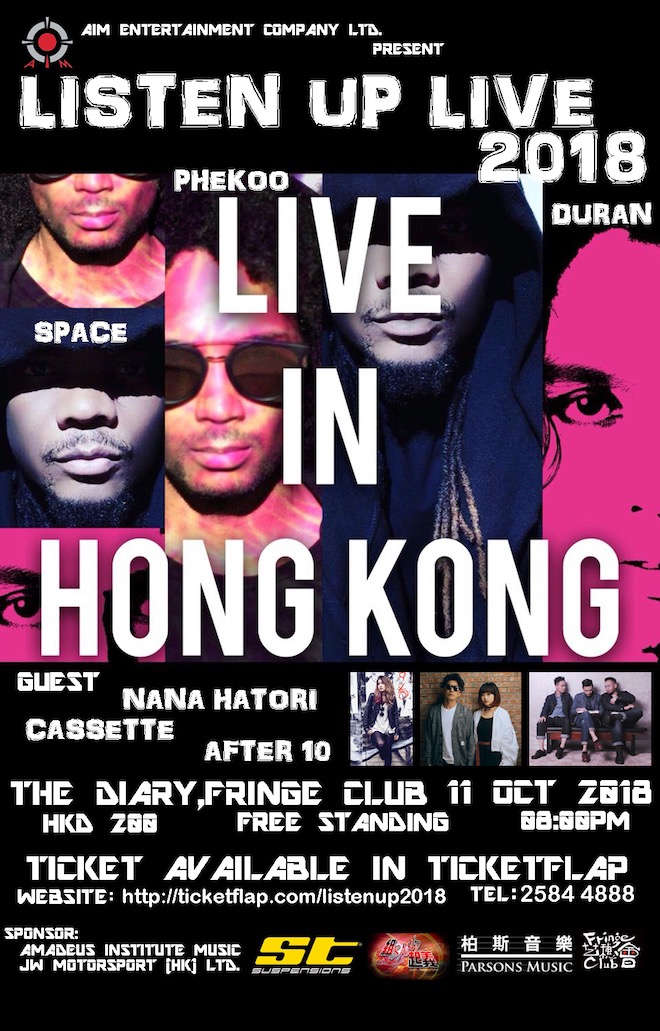 The virtuoso guitarist DURAN and the renowned producer / instrumentalist PHEKOO are both band members of RED DIAMOND DOGS, a band initiated by vocalist Atsushi of the Japanese well-known music group EXILE. Based in New York, SPACE instead worked with numerous famous artists and musicians including the Grammy nominated female hip-hop rapper Rapsody.

The trio will fuse the different music genre like electronica, jazz, rock, hip-hop, and of course j-pop into a whole new level of compositions in the Listen Up Live 2018.

From Japan NaNa Hatori as well as Hong Kong electronic duo, Cassette and After10, will be joining this energetic event with the trio. Get your ticket and be surprised!