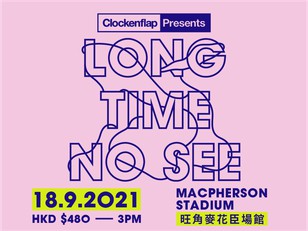 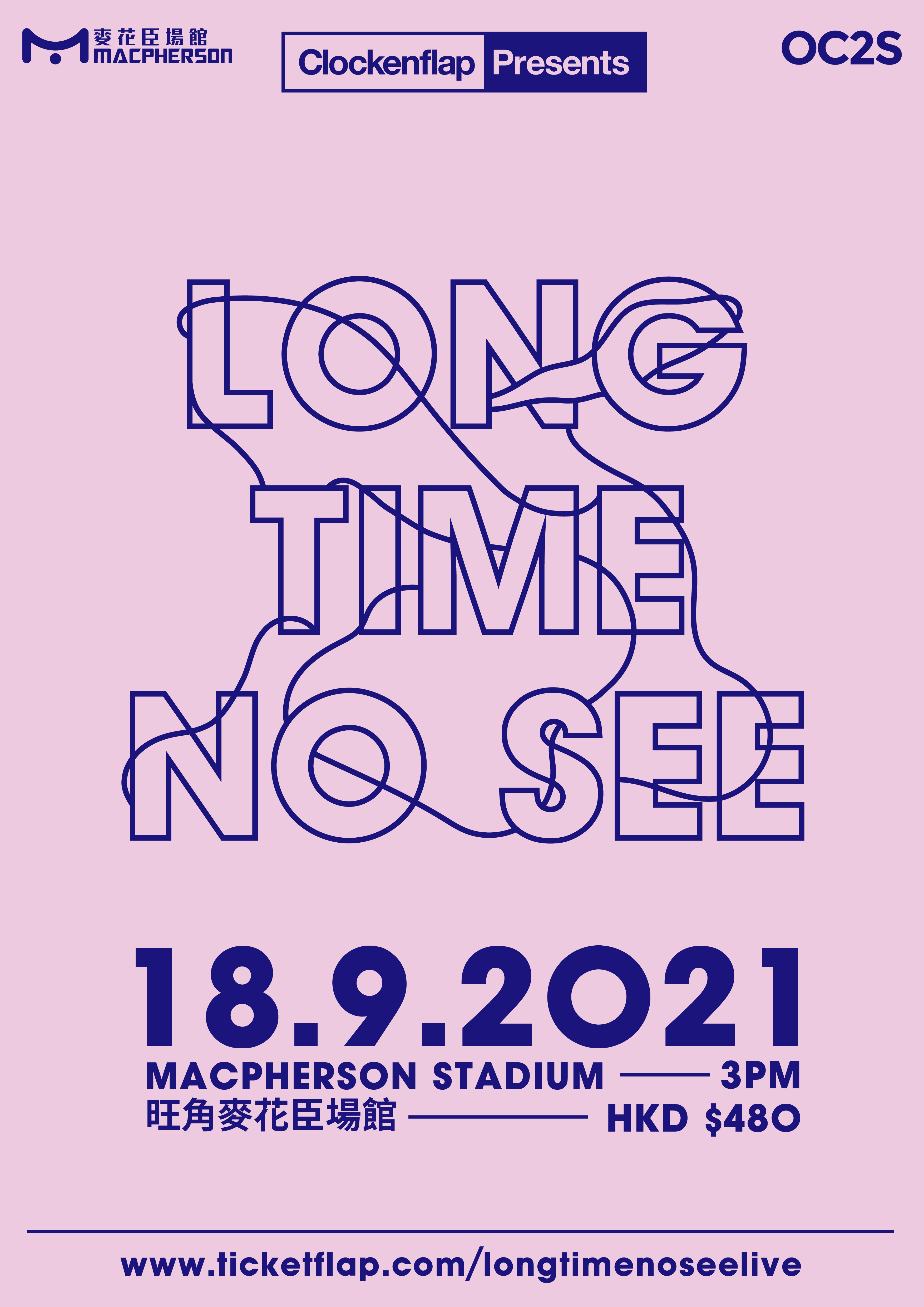 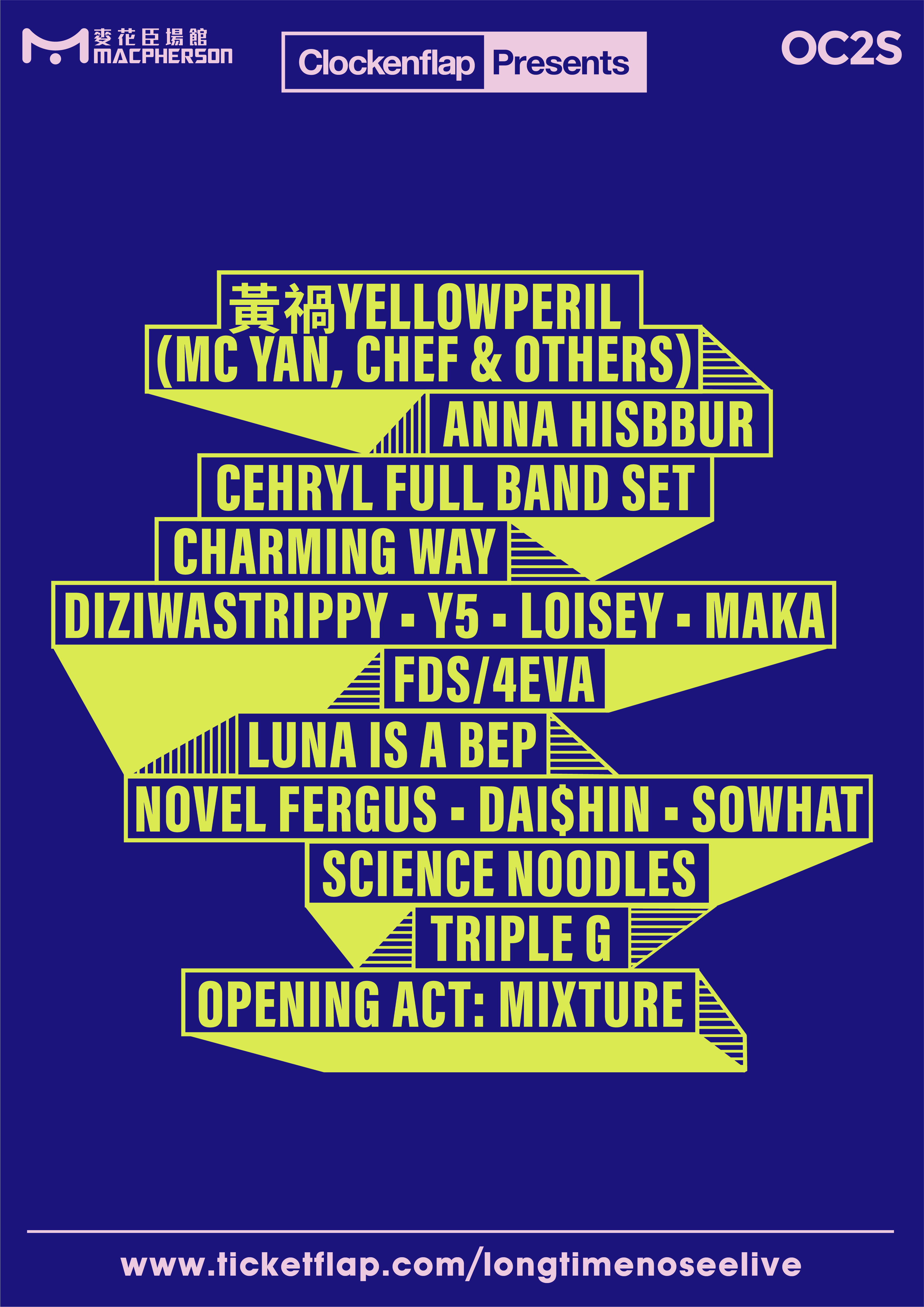 Clockenflap Presents, the live music series from the team behind Hong Kong’s biggest annual music and arts festival, has announced its much-anticipated return with ‘Long Time No See’ on Saturday 18 September, 2021. Taking place at MacPherson Stadium in Mongkok, the all-day show will feature an eclectic lineup of Hong Kong’s best musical talent, from much-loved veteran acts to the hottest up-and-coming stars.

Celebrating the return of live music to Hong Kong in true Clockenflap style, ‘Long Time No See’ is the first event from Clockenflap Presents for more than a year, giving fans the long-awaited opportunity to cut loose and enjoy the magic of the live show experience with friends and kindred spirits. Among the highlights set to grace the MacPherson Stadium stage are YellowPeril (featuring veteran rapper and LMF founder member MC Yan plus Chef etc), breakthrough acts like Anna hisbbuR and Charming Way, and a full-band set from acclaimed singer-songwriter cehryl.

The show kicks off at 3pm (with an 11pm curfew), and tickets, priced HK$480, are available now from www.ticketflap.com/longtimenoseelive

This hotly tipped singer-songwriter-producer has made waves in the Hong Kong music scene over the past two years with the singles ‘I Wish I Can Be Rich’, ‘Lonely When I’m With You’ and ‘Don’t Smile’, as well as the EPs ‘404 Is Found’ and ‘God In My Dreams’.

With an ever-evolving sonic palette that ranges from jazz to R&B to folk to pop, and a flair for creating dreamy, genre-fusing tracks, singer-songwriter-producer cehryl is a uniquely distinctive voice in the Hong Kong music scene and performs here with her full band.

This quartet of artists are all from Hong Kong-and-Prague-based electronic / rap label Alevia Records.

Luna Is A Bep

Since bursting onto the local scene in mid-2018 with the online single “麻甩系”, Luna Is A Bep has cemented her reputation as one of Hong Kong’s most compelling female rappers.

Fresh from the release of his first solo album, “人之初”, cerebral local rapper Novel Fergus teams up with label mates Dai$hin and SoWhat for this one-of-a-kind live performance.

Featuring members from both Hong Kong and Taiwan, Science Noodles capture the essence of old-school indie-pop with their upbeat, guitar-driven songs and catchy hooks.

Wildstyle Records signing Triple G is known for his light rapping style and jazzy melodies, which show the softer side of hip-hop, and this show sees him reinterpret his tracks for the full live experience.

This youth band was formed through the Hong Kong Playground Association, an NGO that provides positive creative and sporting outlets for teenagers.

Special thanks to media partner OC2S