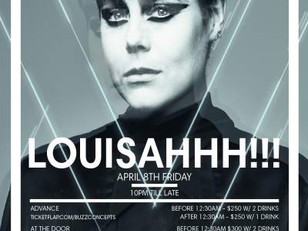 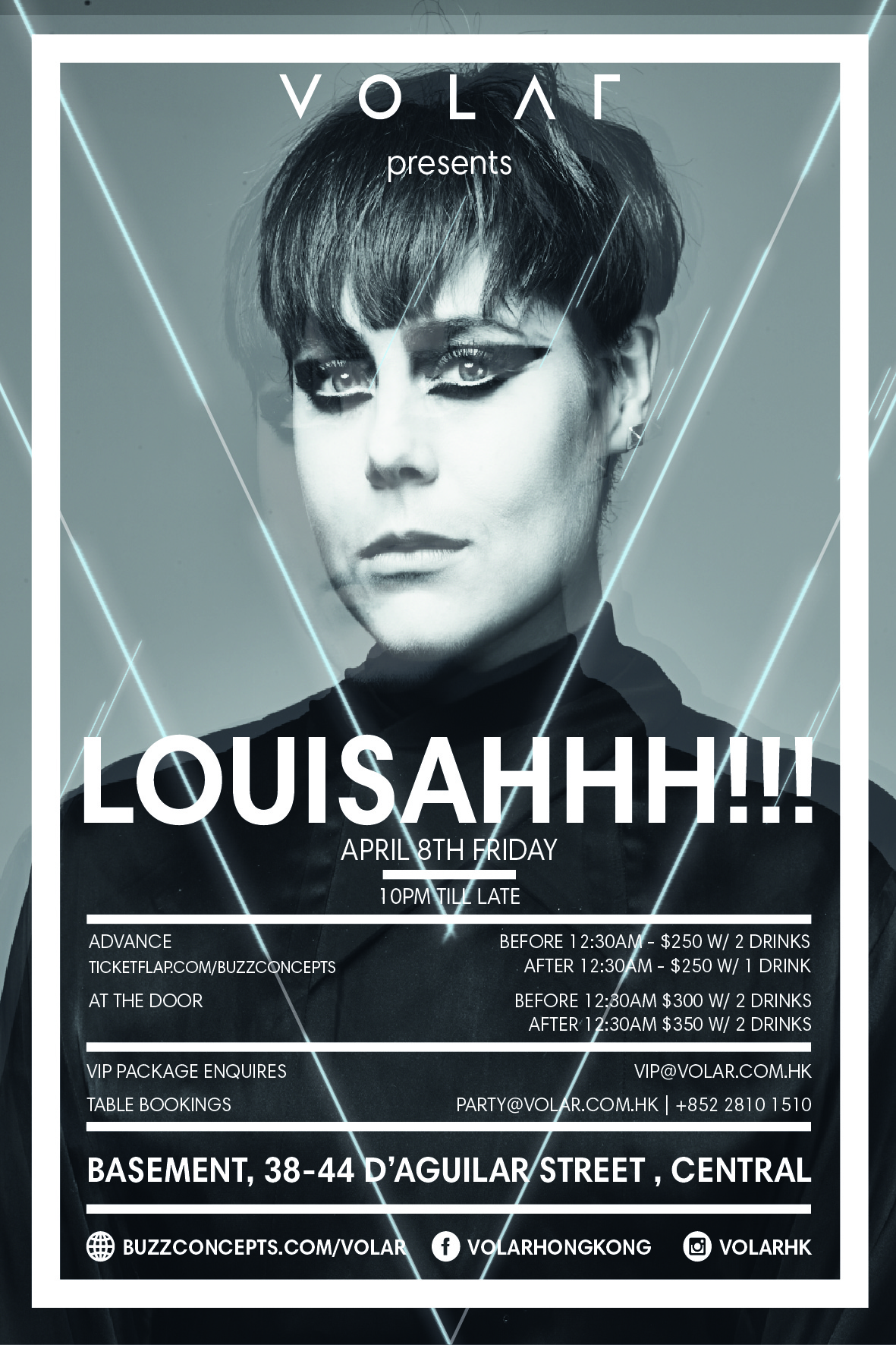 Raised in an atmosphere bursting with passion for music, LOUISAHHH!!! (born Louisa Pillot) started singing and playing instruments at an early age before discovering a passion for DJing. Starting at age 17, sneaking into New York City clubs with fake IDs, LOUISAHHH!!! (a name chosen 'as a war cry or a shriek of delight') has since honed a style that is hard but deep, tough but tender.

After moving to Los Angeles in 2006, LOUISAHHH!!! became half of house-centric production duo NYCPARTYINFO, releasing records with Throne of Blood, Nurvous and Young Adults. However, it wasn't until friend Danny Daze requested some vocals for his group Senor Stereo that LOUISAHHH!!!'s talents as a singer began to shine, gaining more notoriety as modern classic 'Your Everything' climbed the deep house charts.

Amidst this whirlwind of excitement, a fateful meeting of French techno wonderkind, Brodinski spiraled into a fast friendship and eventual collaboration for Brodinski's young label, Bromance Records. With 'Let the Beat Control Your Body' and 'Nobody Rules the Streets' becoming peak-time anthems, and explosive vocal collaborations in the realms of both deep house and new techno, LOUISAHHH!!! was getting ready to release her own productions into the world.

LOUISAHHH!!!'s first serious solo EP on Bromance records was released in April, 2013. More recently, powerful collaborations with Maelstrom ('Traces' and 'Friction') have been greeted warmly by critics and dance floors alike. Their work together has inspired them to start a label, RAAR, a self described 'punk label for techno heads or a techno label for punks' . First releases will include work from the duo, in addition to Black Asteroid, Dave Clarke and Mr Jones as 'Roijacker', newcomers Specialivery and Erson Rybod and hard hitting WLVS (Manu Le Malin and Electric Rescue).

September 2015 announced not only LOUISAHHH!!!'s second solo EP, 'Shadow Work' on Bromance. Speaking on the EP, “'Shadow Work' is a term used in Jungian psychology to describe 'subpersonalities', or the darkest parts of ourselves, that get pushed beneath the surface, into the subconscious, as a coping mechanism. The tracks of the Shadow Work EP are about exposing and integrating these parts; healing the shadow, letting the darkness be a source of power. Unrequited longing and desire, transformation, the frustration of trying and failing; these themes are all explored musically and lyrically within the five tracks. It is deeper, braver, more intimate work than I have ever done before and I am incredibly grateful to be a vessel for it”. Supported by dynamic, emotional, ferocious DJ sets rife with technical finesse, LOUISAHHH!!! maintains that 'she is thrilled to be alive', and that her music is an active expression of this.