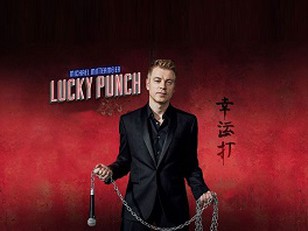 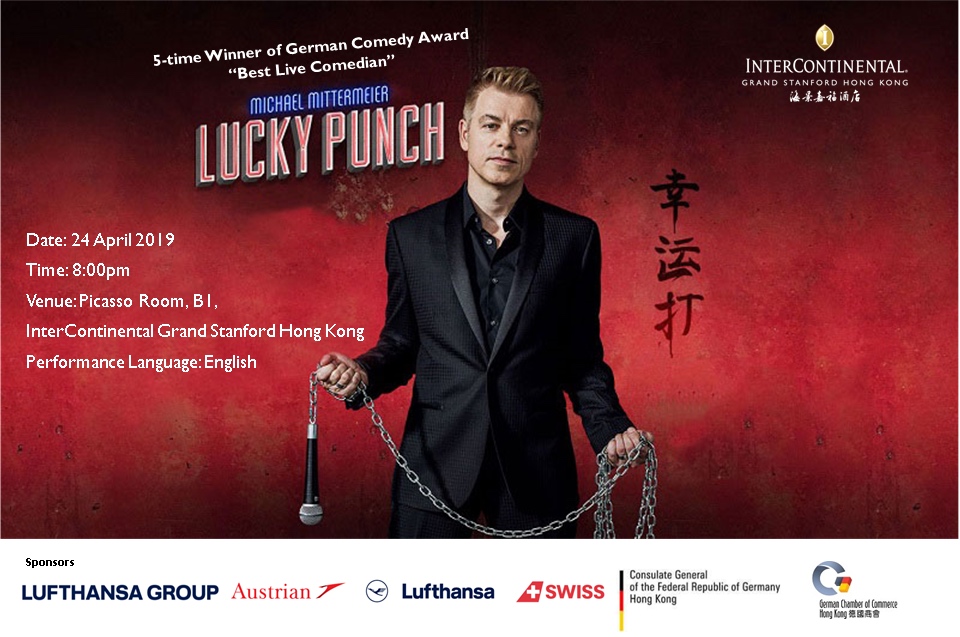 Followed by numerous acclaimed invasions in America, UK and other stops around the world, Germany’s most famous standup comedian, Michael Mittermeier, is coming to Hong Kong for the first time spanking with his show Lucky Punch at InterContinental Grand Stanford Hong Kong.

Time to set the ring for a comedy fight: in the left corner the challenger: The Comedian. In the right corner the champion: The Dark side of the Force and his cousin, the Absurdity of Life. Batman is done with burnout, Chuck Norris is a joke, so you need a funny hero like Michael Mittermeier: “Float like Bruce Lee, sting like a Killer Bee”. One man, one microphone, no rules...

Lucky Punch is also an insider’s guide to Earth’s final frontier: the eerie yet fascinatingly dark landscape of the German soul (a mysterious place, where guilt, Schadenfreude and bratwurst co-exist alongside Nietzsche and Goethe) and what it was like to grow up in 70's Germany in the midst of Bavarian Lederhosen punk, Austrian nuclear intelligence and cosmic scientific hijackers... The world is no Tindergarten!

Michael Mittermeier is a trailblazer of stand-up comedy in his native Germany winning a multitude of awards including German Comedy Award for “Best Live Comedian” in 1999, 2000, 2002, 2004 and 2008. His shows with DVD/CD sales reached more than 2.5 million in Germany, Switzerland and Austria. He has headlined and solo performed internationally in English in the UK, USA, Canada, South Africa, Russia, and many countries all over Europe which received overwhelming responses.

As highly endorsed by various celebrities and media such as Bono from U2, Metro, The Telegraph and Huffington Post, his show will undoubtedly make you laugh your head off!