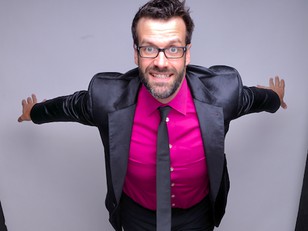 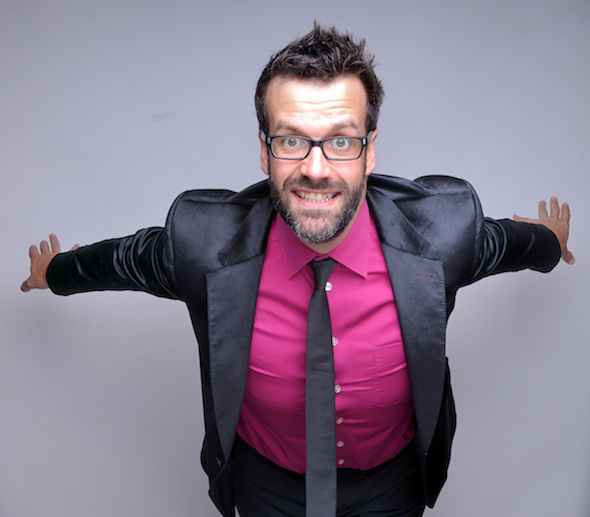 With his latest tour, Devil May Care, he has broken the mould and steps out to address his audience as Lucifer himself. As ever he continues to be an outspoken political voice in British stand-up and is a well-known face on the festival circuit, including Edinburgh Festival, Hay Literary Festival and Glastonbury.
He is a regular on Radio 4’s 6.30 comedy slot with his shows The Brig Society and I’ve Never Seen Star Wars as well as being a regular guest on the iconic ‘Just a Minute’.
In addition the second series of his radio sitcom, The Wilson’s Save the World, written with Sarah Morgan  will be airing later this year.
On stage his credits include nationwide and West End runs playing King Arthur in Spamalot, appearing in The Railway Children as Mr. Perks at Waterloo Station, a triumphant panto run as Captain Hook at Wimbledon Theatre and most recently his successful run playing the greatest showman P.T Barnum which saw him displaying many new talents including tightrope walking!
On film his credits include Love Actually, Beyond The Sea and Telstar. He recently reprised his role as the DJ in Love Actually for Comic Relief.
Marcus successfully published his first book, God Collar with Bantam in 2010, exploring his relationship with faith.
His other passions include music, snowboarding and cheese.
Marcus will be supported in Hong Kong by comedian Andre Vincent
Contact Host
View hosts events