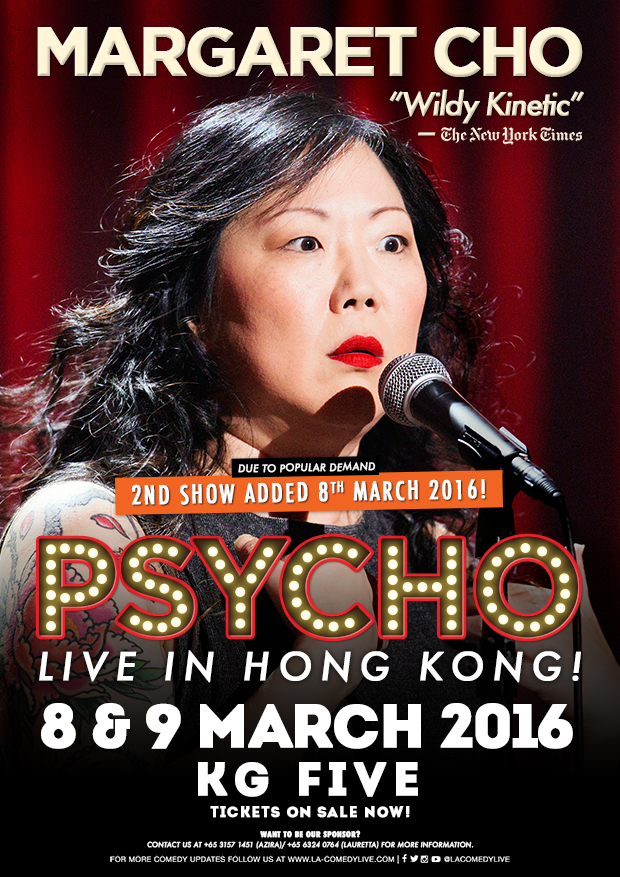 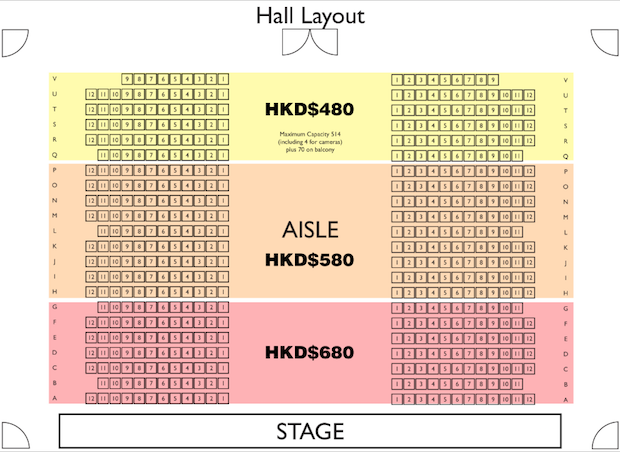 *Please note that this is a 18+ only performance.

LA Comedy Live is proud to announce, three time Grammy and Emmy-nominated comedian Margaret Cho will take the KG Five stage on Tuesday, March 8, 2016 on her new “THE PSYCHO TOUR!”

Margaret Cho says, “I can't believe I've never done a show in Asia ‐ it's really insane. Please join me on my first foray into Asia. I promise to make it a show we never ever forget!”

About the PSYCHO TOUR, Margaret Cho adds, “I’m so thrilled to announce that I will be back out on the road with an amazing new show! This show is about insanity, and about the anger I feel about everything happening in the world right now, from police brutality to racism to the rising tide of violence against women. It makes me so crazy – hence the title: “THE PSYCHO TOUR” because there is no “I” in team but there is a “CHO” in psycho”. I’m trying to bring some joy to the hysteria and insanity. It’s great when you can take something that’s very tragic and turn it around. That’s what I am doing! Please join me in the madness!”

A big part of her show are tributes to her “father in comedy,” Robin Williams and her “mother in comedy,” Joan Rivers, who passed away within a month of one another. Margaret was very close to both of them; her friendship with Robin encouraged her to start the #BeRobin campaign to raise awareness and funds for the homeless community. Her friendship with Joan reinforced Margaret’s desire to remain fearless.

From singlehood to Boko Haram to Bruce Jenner’s transition to female empowerment (and a magical music performance), Margaret tackles difficult subjects with sensitivity and razor sharp insight. A pioneer amongst women in comedy, Margaret doesn’t take anything for granted. “It’s a wonderful thing to be known as a ‘safe haven’ for people who feel disenfranchised. The audience at my shows don’t necessarily consider themselves traditional comedy fans. I seem to be a secure alternative for people who don’t think they’re being represented in society. They come because my point of view satisfies a lot of what needs to be said out there, and that makes me really proud.”