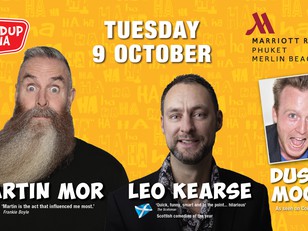 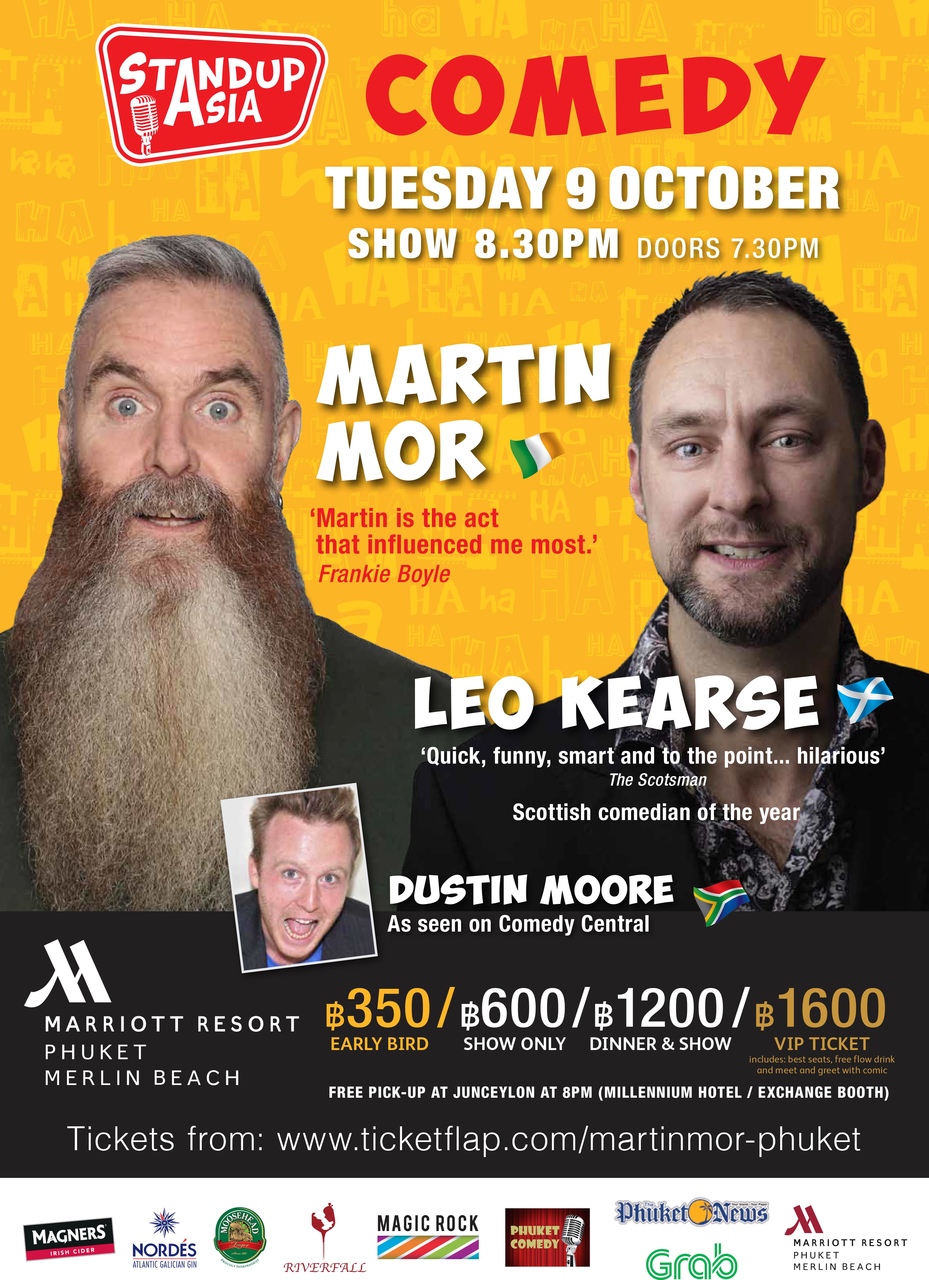 Martin comes from Northern Ireland, and after a successful career as a circus performer, he turned his attention on the unsuspecting comedy circuit. With over 30 years experience as a professional performer, Martin has established himself as one of the UK’s most popular and in-demand comedians.

In April 2016 Martin was part of a team that set the world record for the highest altitude comedy show by performing at 5,300m/17,600ft at Mount Everest basecamp.Very much the comedian’s comedian, Martin has been the support act of choice for; Frankie Boyle, Jack Dee, Lee Evans, Jasper Carrot, Patrick Kielty, Johnny Vegas, Steve Coogan, and once Tina Turner.

As well as devising and performing his own BBC television show, he has written jokes for some of the biggest names in British comedy. Martin’s photograph is featured on the popular board game Trivial Pursuits, (The Genus Edition). On an arts entertainments square, he is seen wearing a leotard.

Leo is an award winning live comedian (Scottish Comedian of the Year, UK Pun Champion), performing standup at the best clubs in the UK and abroad. He's Scottish and based in London. He is the co-creator of the hit show Hate 'n' Live, which has improvising comedians "hating on" topics suggested by the audience - Whose Line Is It Anyway? meets Room 101. Leo is a regular on TV and radio including Sky News, STV News, Question Time Extra Time, TalkSPORT and Al Jazeera -click here for his radio showreel.