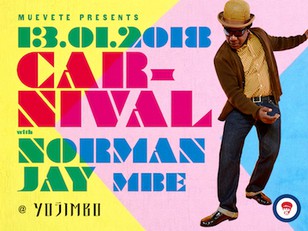 Bringing the "Good Times” and a taste of “Carnival'' to Yojimbo 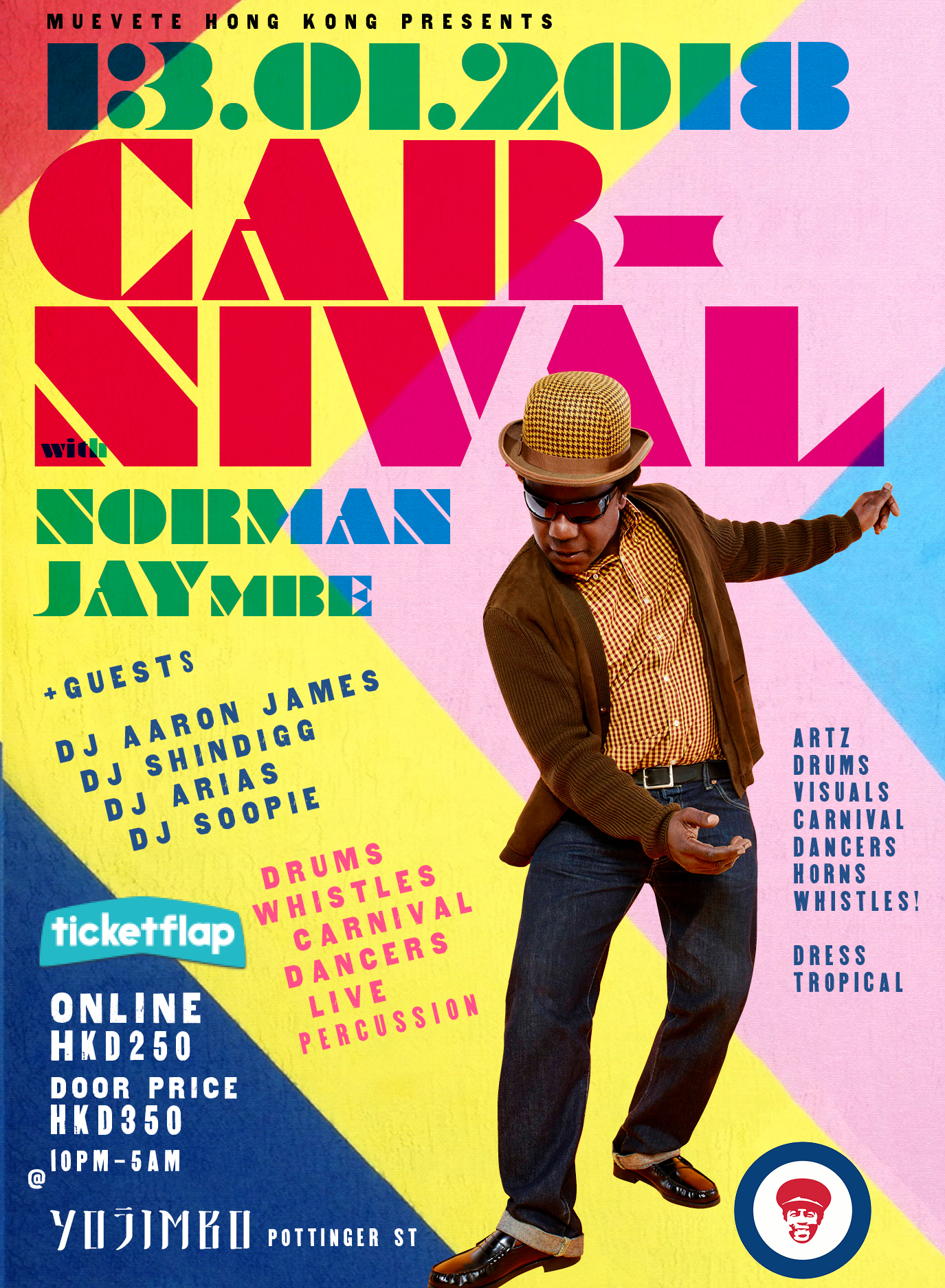 Dash away the post Christmas blues and prepare for Carnival!

Norman Jay is arguably one of the most respected deejays in the world today shaping the world of popular dance music in a career spanning well over two decades. Norman Jay has taken underground house, funk and soul and made it mainstream so that clubbers are guaranteed nothing but the ‘Good Times’.

Muévete Tropical Parties have traveled the world, originating in 2005 in Notting Hill London flying to the Mediterranean party capital Beirut and 2 years ago touching down in Hong Kong. Since then Muévete has transformed a variety of Hong Kong venues into tropical paradises, complete with art installations, live dance shows, global dance music DJ’s bringing together a diverse crowd to celebrate music and culture.

One of New York City’s most celebrated exports, DJ Aaron James has spent the last 20 years rocking parties at home and across the globe.

Pioneer of the "Tropical Bass" movement in Hong Kong and co-founder of Movimientos Records, this London boy from Colombia has made it his mission to bring underground dance floor bangers to our side of the tropics! He has played sets in global festivals for legends such as Manu Chao, Calle 13, Bomba Estereo and Ana Tijoux and curated stages and parties in Europe, Middle East and now even further east! Expect a sunny dance floor set of electronic to folkloric, with a sprinkle of the Kingston via Brixton and Bogota.

With over 20 years experience behind the decks, DJ Shindigg’s obsession with music started in London listening to his sisters Motown and Hip Hop tapes back in the 90s.

He then developed a love for the UK underground club scene and started building a comprehensive vinyl record collection ranging from old school hip hop/funk to UK house/garage. Over the years his sound has developed and grown into an atmospheric and funky mix of House and Soul. Often combining deep and heavy basslines with melodic vocals.

He has held residency at the Michellin starred, Beefbar Lounge plus played and hosted nights at some of HKs biggest bars and clubs including Zaafran, Honi Honi, Volar, Stone Nullah and Djibouti.