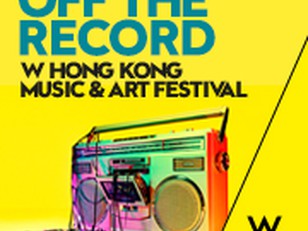 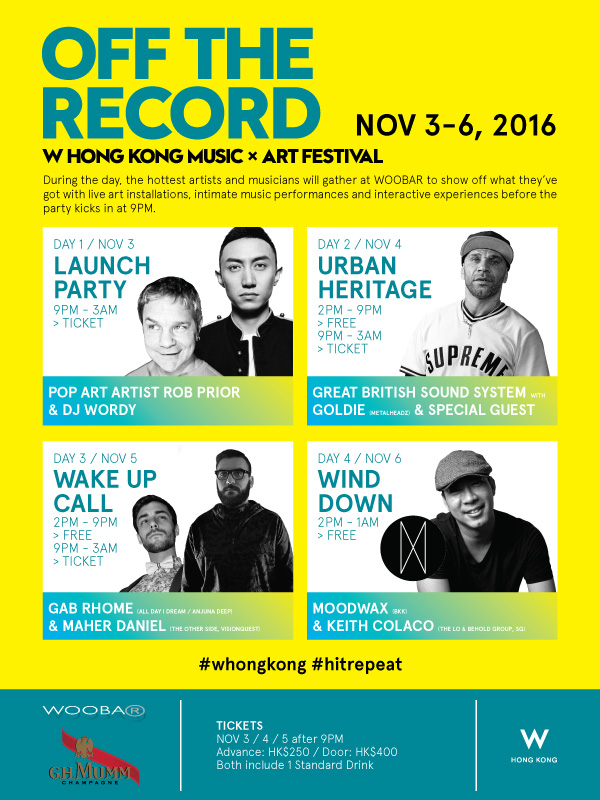 At W Hong Kong, you’ll always find what’s new and next in design, music, fashion and fuel. This November, we’re taking it to the next level with a wild and wonderfully entertaining four-day music and art festival from November 3-6, 2016.

The festivities kick off with a night of live art and performances by legendary artist Rob Prior and DJ Wordy from 9pm ‘til late at our launch party.

Rob Prior is known for his work

on Buffy the Vampire Slayer and Terminator 3 and has also worked with Marvel Comics and DC comics. His work is as realistic as it is fantastical and showcases his incredible skill and flair with airbrush painting. Learn more >

has disrupted Western stereotypes about Chinese youth culture and has gone on to win DMC championship China in 2005, 2006 and 2007. His latest album was an innovative display of Chinese experimental hip hop and electronic music

A curation of urban musicians and street artists!

Enjoy a curation of local artists with Love da Records and street artists from 2pm to 6pm at WOOBAR (free entry) over afternoon tea or a bit of daytime drinking.

As the sun sets, street artist Wais will be creating a live art installation inspired by W Hong Kong,

DJ EZ and his own work while

A sensory journey of live and electronic music

Rather than lazing your day away, get inspired with live performances from a selection of local and independent artists with

who will take you on an experimental journey through music and art from 2pm ‘til 9pm (free entry).

Highlights include an electric showcase by DJ, percussionist and music producer

Barnaby Bruce as well as

At night the party will then kick off with DJ

Maher Daniel who both perform

with such intensity and immense energy that you won’t want the party to end.

After spending 50 years in the middle of the dessert,

Gab Rhome has come back to

civilization with soft hands and lush melodies that are guaranteed to enchant you. Having played at Creamfields, Igloofest and other top-tier festivals,

Maher Daniell is one of the