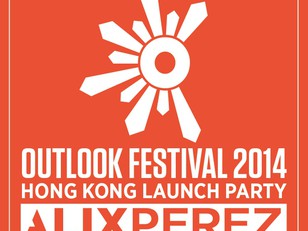 What is Outlook festival?

Outlook Festival is a celebration of soundsystem culture, exploring the musical genealogy that connects Jamaican roots music to its modern day counterparts, through heavyweight soundsystems, in a friendly, warm and inspiring peninsular, sea-side location.

It's the largest Bass music and Soundsystem Culture festival in Europe, featuring the biggest names from the most vibrant and cutting edge dance scenes around. When we talk about bass music we don’t mean the bastardised commercial version currently being sold to children, we mean underground dancefloor music

There are over 400 acts playing in and around the 150 year old Fort Punta Christo, a 1km stretch of beach, and a world of intimate boat parties. Now in it’s 7th year Outlook is widely recognised as Europe’s largest bass music and sound system culture festival, and offers up both a music festival and summer holiday in one.

Belgian born Alix Depauw is the face behind production moniker Alix Perez, now regarded as one of the most ground-breaking and innovative producer-DJ's of his generation. Little time after his debut release, Alix saw himself catapulted to the forefront of the drum and bass scene with an ever-growing reputation and sought after catalogue of music.

With a history of critically acclaimed releases on legendary labels such as Metalheadz, V Recordings and Soul:R, Alix went on to sign exclusively to Friction's very own imprint, Shogun Audio, the home of his remarkable debut album ‘1984.’ Perhaps initially known best for sophisticated, soulful productions, Alix retains influences from funk, soul and hip-hop. Since his outstanding debut LP on Shogun Audio in ‘09, 2010 brought with it further successes, involving collaborations with technical gods of the highest order including Noisia, Foreign Beggars and Icicle, alongside the release of his ‘Dark Days’ EP. Alix has been featured in popular drum and bass magazines and has recently been on the cover of ATM Magazine in a feature on the ""Leaders of the Nu Skool"" in the drum and bass genre.

2012 has seen him continue with his alter-ego Arp 101 project, producing some of the most sought after broken beat elctronica around right now, earning a slot down at the infamous Boiler Room TV sessions and performing with the Foreign Beggars at BBC’s legendary Maida Vale studios. Unanimously voted one of the most talented artists in the game.