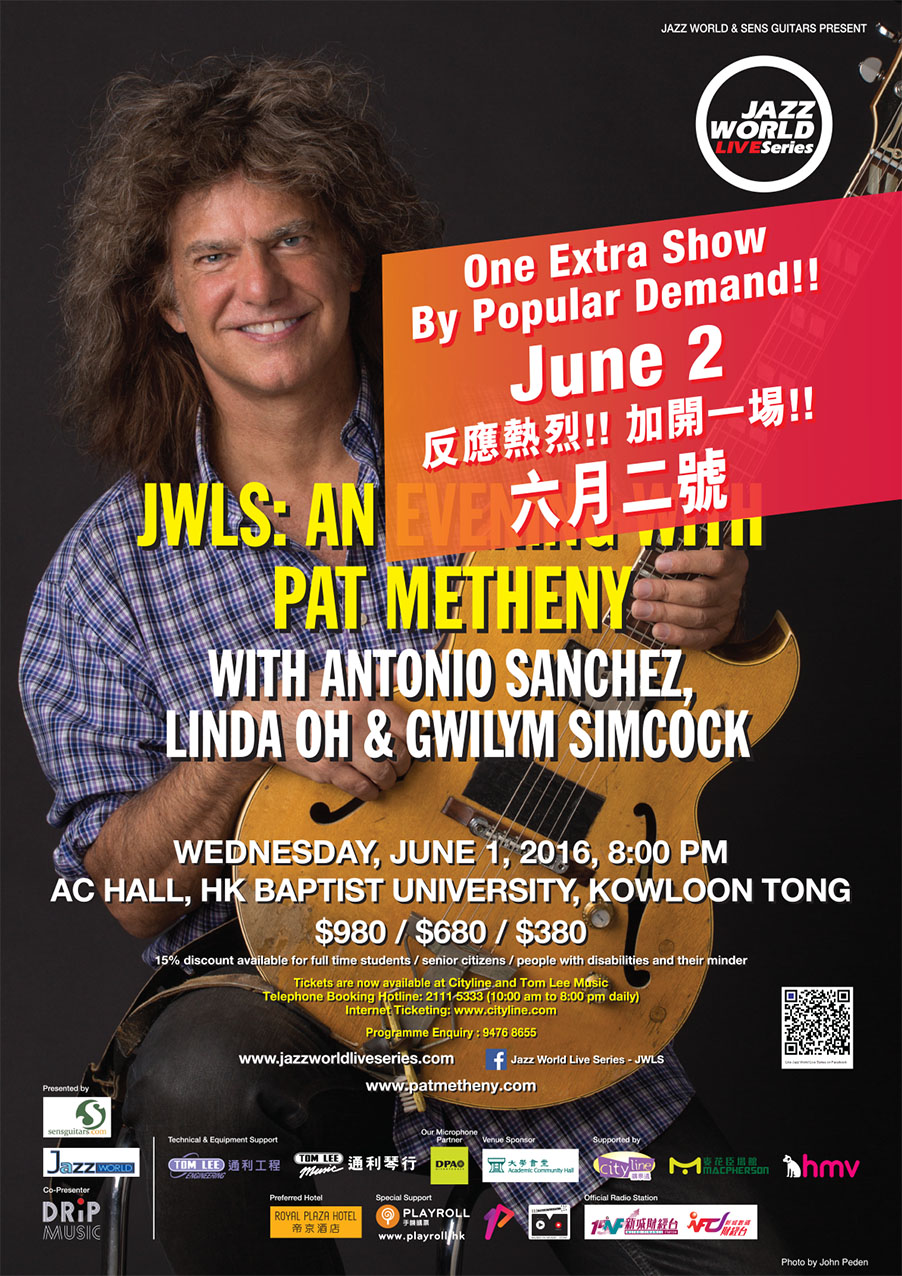 20 time Grammy winning guitarist Pat Metheny has announced an extended run of dates around the world for 2016 under the auspices of “An Evening with Pat Metheny”. Recently inducted into the Downbeat Hall of Fame as its youngest member , Metheny will present a range of music from throughout his career.

Joining Pat this year once again will be his long time drummer Antonio Sanchez who has also recently won a Grammy with his brilliant original score for “Birdman”.

Malaysian/Australian bassist Linda Oh has been extremely active on the New York scene for the past few years, playing with many of the major musicians in the community, including Joe Lovano, Kenny Barron & John Scofield.

Rounding out the ensemble is British pianist Gwilym Simcock, one of the most exciting new pianists to emerge from the UK in many years.

As to what the performances will be like as the year unfolds Metheny says, “It could really be anything and everything. I have already written a bunch of new music inspired just by the thought of this presentation, but I could also imagine playing only old music one night, or even playing entire albums. I like the idea of keeping it open and letting it become whatever it winds up being over the course of a tour. At this stage, I have so much music and it all is kind of one big thing for me without borders or distinctions between this period or that period. With Antonio, Linda and Gwilym, I think we could and will do a wide range of things from throughout all of it - and maybe uncover what the next period has in store as well”.

Pat Metheny last played in Hong Kong in 2002, this is his much-anticipated return, and definitely the most important jazz event of the year!