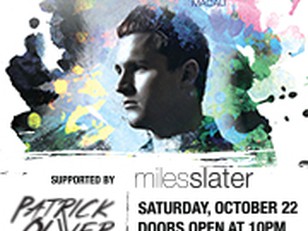 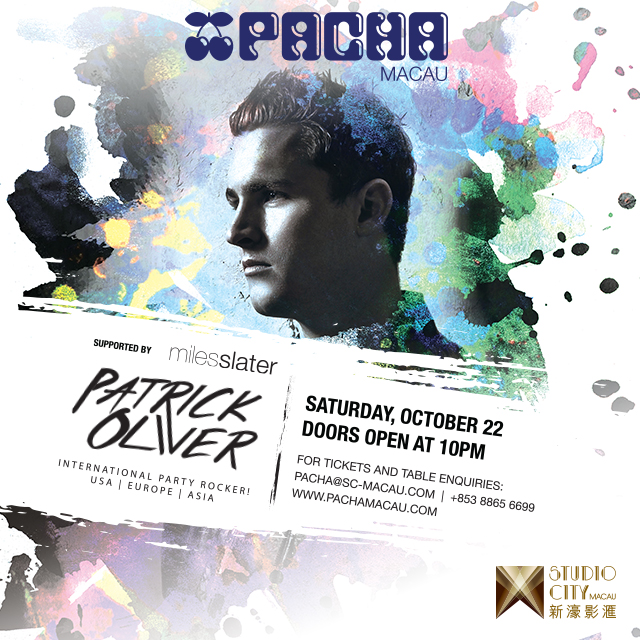 Originally from Miami, Patrick Oliver is known as the "go-to" DJ, Producer and Curator for a wide spectrum of the nightlife industry in Singapore.

In 2007 Patrick became the Resident DJ at one of Asia's newest super-club of its time - Euphoria - in Kuala Lumpur, Malaysia, owned and operated by the famous Ministry of Sound London.

He has performed all over the world from Europe to Asia at prestigious nightclubs and festivals alongside world-class artists such as Deamu5, Dash Berlin, Kaskade and Armand Van Helden only to name a few.

Patrick is the trusted event DJ for brands such as Channel, Tiffany’s & Co, Longchamp, Louis Vuitton, Marina Bay Sands, Dow Jones, and Redbull Racing and his diverse yet cutting edge sound is not one to be missed in performance.

Join us on Saturday, October 22 at Pacha Macau