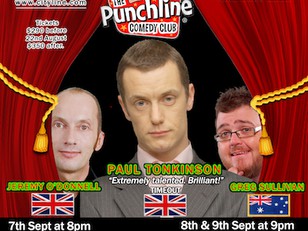 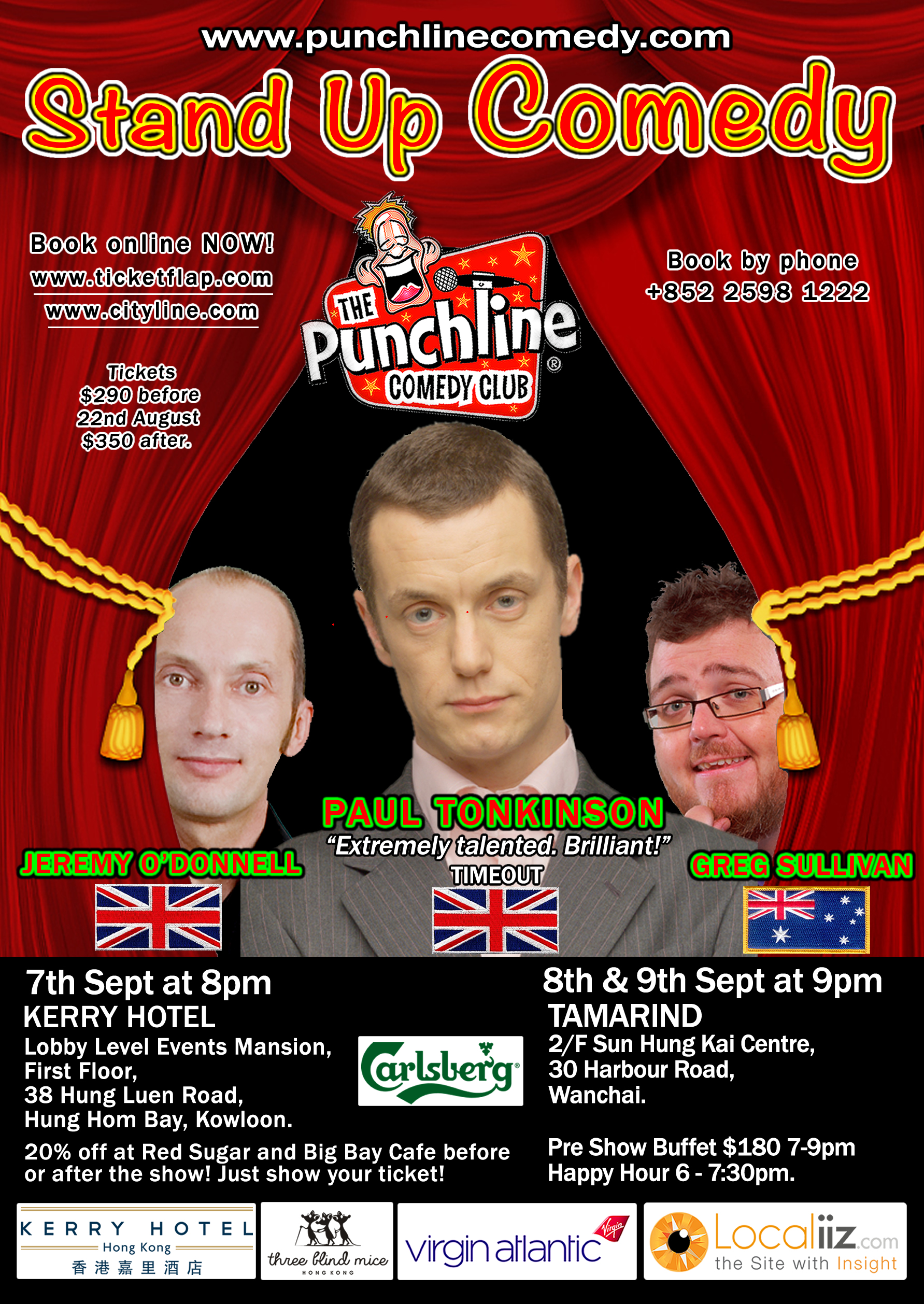 “HILARIOUS; NOBODY MAKES ME LAUGH LIKE PAUL TONKINSON. SIMPLY ONE OF THE GREATEST COMICS AROUND. GO SEE HIM!” Michael McIntyre

“CHARISMATIC, COMBINES THE VISUAL TRICKERY OF A LEE EVANS WITH THE IMPROVISATIONAL SKILLS OF PAUL MERTON. BRILLIANT CHARACTERISATIONS, HIS FACE, A WONDER OF CONTORTION” Independent

A plethora of first class material, combined with tremendous charm and irrepressible, infectious energy make for quite a formidable talent. On TV, he’s most recently performed on BBC One’s Michael Mcintyre’s Comedy Roadshow and Comedy Central’s The Comedy Store and The World Stands-up.

Tonkinson remains in great demand in the UK and across the globe, performing at all the major international comedy festivals including the prestigious Montreal Just For Laughs festival where he hosted the esteemed Britcom Gala. Confirming his status as an invincible and highly versatile performer.
Paul is considered one of the most talented comedians on the circuit today.

“Uniquely and genuinely hilarious!” The Age

Greg Sullivan is one of Australia’s best stand up comedians working today and his unique style has taken him all over the world, so look out for him!
He has been invited to the world famous Improv Comedy Club in Los Angeles, performed at major festivals such as the Melbourne International Comedy Festival and the Sydney Comedy Festival Gala and has appeared, in a variety of roles, on television shows such as Good News Week, Home Delivered Humour, O’Loghlin on Saturday Night, The Today Show and A Current Affair.

Comedian, writer and presenter, Jeremy O'Donnell writes for a number of TV and Radio shows including BBC R4's The News Huddlines and ITV's Takeover TV and has appeared on BBC2, BBC3, ITV, E4 and Five.