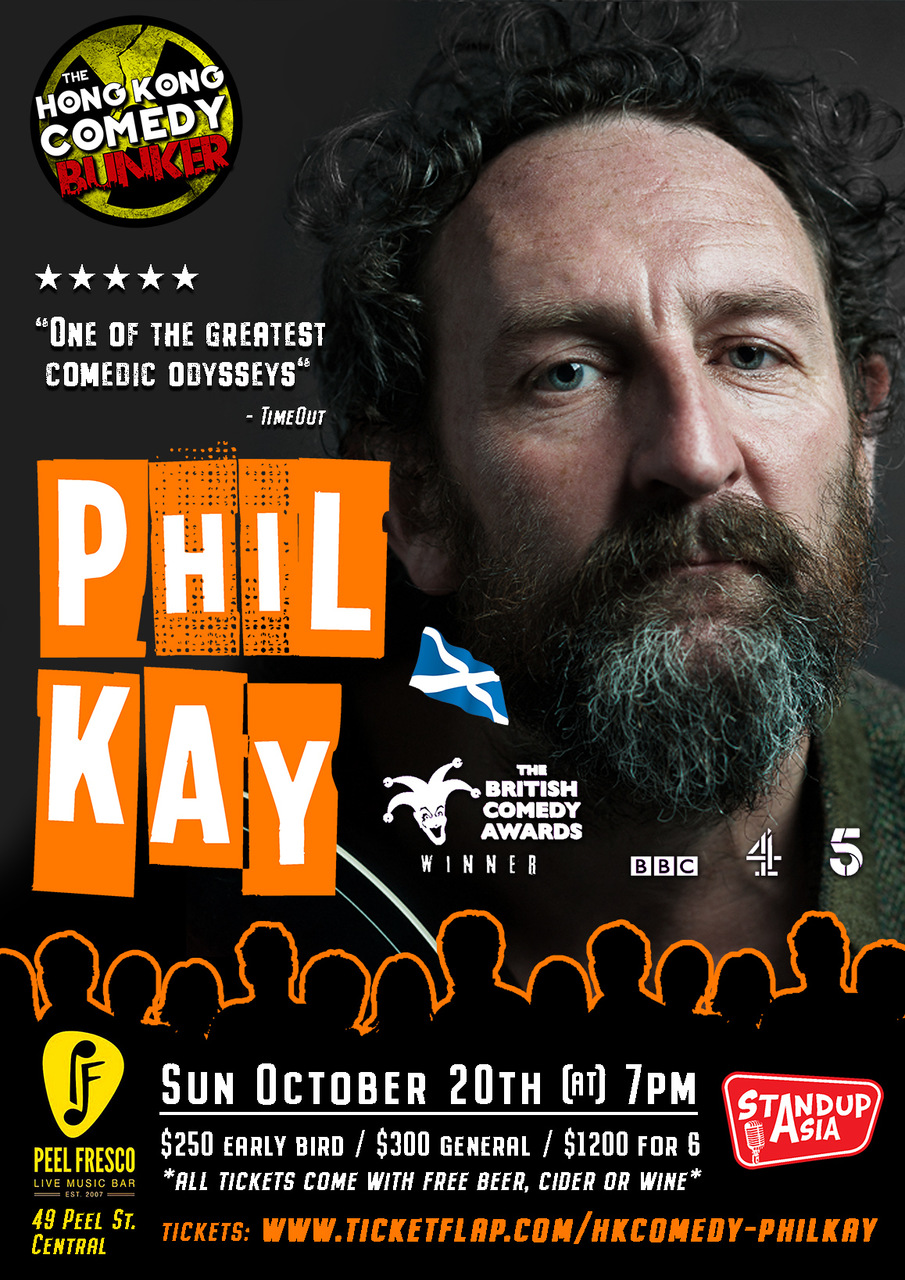 Striding across the stage with an affable charm and absurdity, Phil Kay is Scottish, hairy, and known to bathe crowds in a waterfall of comic positivity. Spanning close to three decades, Phil’s career began when he won ‘So You Think You’re Funny’, the Edinburgh Fringe Festival’s newcomers competition in 1989. Not looking back since, Phil has taken the comedy world by storm, with a Perrier Award nomination soon after, a BBC’s ‘Best British Stand-up’ Award, and more recently, a ‘Best Comedy Show’ nomination at the 2017 World Fringe.

Phil will be performing with the Hong Kong Comedy Bunker at Peel Fresco on Sunday October 20th.

“One of the greatest comedic odysseys ever witnessed - ☆☆☆☆☆”

“It’s easy to get lost in Kay-world”

“So much humour it’s hard to breathe.”