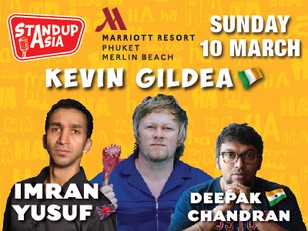 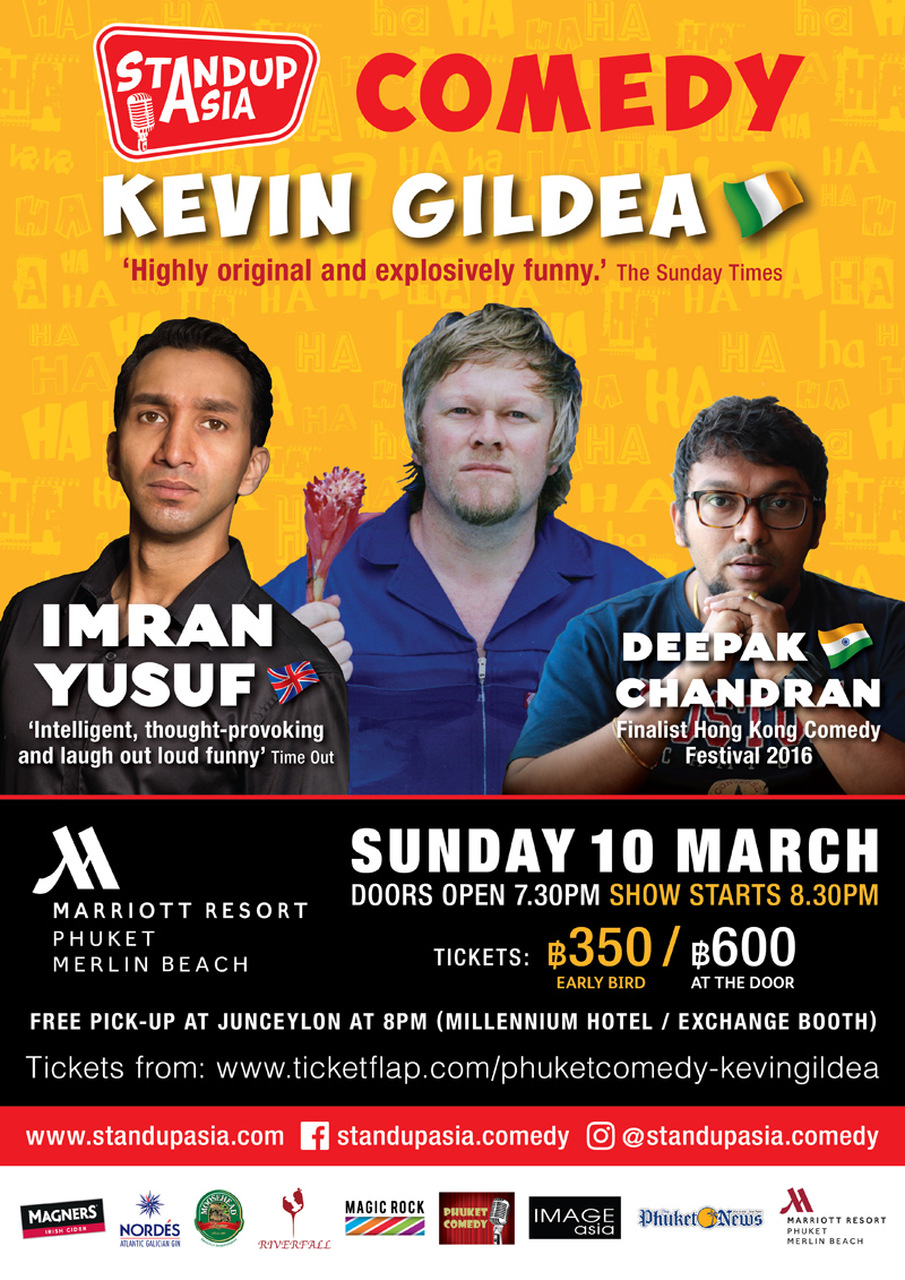 ‘Comedy on a different level’

KEVIN GILDEA is one of the most important figures in Irish comedy, having been in the pioneering sketch group Mr Trellis with Barry Murphy and Ardal O’Hanlon, with whom he also co-founded The Comedy Cellar, Dublin’s longest-running comedy club.  GILDEA has performed stand-up comedy all over the world, from Shanghai to Dubai, from Kansas to Rome, from London to Cavan.  He is invited regularly to play all the major Irish comedy festivals and his Edinburgh Fringe Festival shows regularly achieve critical acclaim and sell-out runs.  GILDEA played Father Cave in Father Ted and has written for Alexei Sayle, along with being a regular writer and performer on RTE TV’s satirical sketch show, Irish Pictorial Weekly, and BBC TV & Radio.  His short film, No!  No! No!, was shortlisted for an IFTA.  GILDEA’s mild manner and quirky absurdist viewpoint and ruminations create what The Sunday Times called “highly original and explosively funny.”  Don’t miss this brilliant comedic mind on stage this March.

IMRAN YUSUF is renowned as a skillful raconteur who seamlessly weaves socio-political stature with heartfelt introspection in his charmingly endearing trademark style.  Born in Kenya, raised in London, studied in the USA, and fluent in Hindi/Urdu, YUSUF has been able to experience much of the world and has established himself as a truly unique and original voice in the world of comedy.  In 2010, YUSUF presented his debut show at the Edinburgh Fringe Festival, where he gained a collection of 5-star reviews and led him to being nominated for Best Newcomer, the first performer from the free festival to ever be nominated.  Since then, YUSUF has appeared on Michael McIntyre’s Comedy Roadshow (BBC1) and the Edinburgh Comedy Fest broadcast (BBC3), along with creating and touring numerous solo shows.  His latest show, Saint, Sinner, and Sufi, proves to be his deepest work yet, observing and acknowledging his journey towards middle-age maturity.  Don’t miss this languid, punchy, cheeky, and utterly loveable comedian on the Phuket stage.

DEEPAK CHANDRAN is an established host at Singapore’s biggest night, Comedy Masala.  His comedy is observational and written with the mindset of a programmer.  Being good with math and computers has allowed CHANDRAN to travel the world, live in eight different countries, and enable him to perform material that is global and relatable to a variety of crowds.  CHANDRAN has now been performing comedy for over three years and has headlined across Asia and beyond, joking about almost everything that can be made fun of and making people laugh and understand why Indian comics are not just about cheap parents and head bobs.  A finalist at Hong Kong Comedy Festival 2016 and runner up at Bangkok Comedy Festival 2017, CHANDRAN is a comic to watch out for.

Do not miss KEVIN GILDEA (IRL) and IMRAN YUSUF (UK) with host DEEPAK CHANDRAN (IND).  Early bird tickets are on sale now from 350 THB or 600 THB at the door.  Get your tickets today on TicketFlap: www.ticketflap.com/phuketcomedy-kevingildea

STANDUP ASIA is a part of Magic Rock, a Singapore-based company that organises comedy festivals and other events throughout Asia.  It has brought international headliner comedians, such as Doug Stanhope and Bill Bailey, to vibrant, multicultural audiences across the region.  Event sponsors include Hong Kong Tourism Board, Singapore Tourism Board, Marina Bay Sands Singapore, and Westin Hotels & Resorts.  For more information, please contact Sammy Grill at: sammy@magicrock.com.sg |web: www.standupasia.com | facebook & instagram: @standupasia.comedy